Bitcoin hit lows in almost 1 year. In the partial of the month, the cryptocurrency accumulates a fall of about 15% and has already lost more than half of its value since reaching the historic mark of US$ 69 thousand in November last year.

This Tuesday (10), bitcoin fell below $ 30,000, reaching $ 29,764, in its sixth consecutive session low. The value represents a loss of 57% of the value in comparison with its historical record.

The quotes of digital currencies have by nature a very intense variation of quotes. And other cryptocurrencies such as Ethereum, Benence and Solana have also lost value in recent weeks. 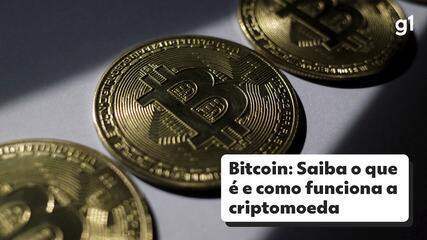 Bitcoin: Know what it is and how the most popular cryptocurrency works

The price of cryptocurrencies has followed the fall of riskier assets, such as shares and shares of technology companies.

Riskier and equity investments are being affected by the prospect of persistent inflation in the United Stateswhich puts pressure on the Federal Reserve to raise interest rates more aggressively.

The Federal Reserve (Fed, the US central bank) raised the basic interest rate to the range between 0.75% and 1% – the highest high in 22 years and the expectation is that further increases will be made in the coming months.

Higher interest rates in the US make investments in US treasuries more profitable, which reduces the demand for riskier assets and encourages the migration of capital to assets considered safer.

The dollar itself has gained strength against other currencies. And with the strengthening of the currency, cryptocurrencies also tend to weaken.

The trend also affects the bonds of technology companies, whose performance benefited from low-interest monetary policies during the pandemic. The Nasdaq index, which brings together companies in the sector, fell 1.5% last week and lost 22% year-to-date.

According to data site CoinMarketCap, cryptocurrencies lost nearly $800 billion in market value last month. The total cryptocurrency market cap was at $2.2 trillion on April 2. In November last year, it reached a historic peak of US$ 2.9 trillion, highlights the Reuters agency.

Low liquidity and signs of weakness in stablecoins

In an interview with Reuters, Matt Dibb, chief operating officer of cryptocurrency platform Stack Funds, pointed to other factors for the weekend’s decline:

Terra USD (UST), the world’s fourth-largest stablecoin, lost a third of its value on Tuesday as it lost its peg to the dollar.

UST is closely watched by the digital currency community, both because of the new way it maintains its 1:1 peg to the dollar, and because its creators have set plans to build a $10 billion reserve of bitcoins to support the UST. stablecoin. This means that volatility on the UST could potentially spill over into bitcoin markets.

Where can the price go?

With the volatility of crypto-assets, it is difficult to project what will be the evolution of bitcoin. In 2021, the cryptocurrency temporarily hovered below $30,000 in June and July, before picking up steam again and hitting an all-time high in November at $69,000.

An indication of the sector’s importance: in recent years, two countries, El Salvador and the Central African Republic, have adopted this currency as their official currency, despite criticism from international financial organizations. Salvadoran President Nayib Bukele announced that the country took advantage of the devaluation to buy more cryptocurrencies, adding 500 units to its fund.

Parallel to this, large investors and institutional investors, afraid of being left behind, have also incorporated cryptocurrencies into their portfolios.

Since its inception in 2009, however, bitcoin has developed in a context of very low interest rates. Now, the US Central Bank has warned of future hikes in the basic interest rate to contain inflation.

Why does the price vary so much?

What makes bitcoin so volatile is the search for its fair market value, as there is no backing or regulation by central banks. Transactions are recorded using blockchain technology, which records all amounts transferred, who transferred to whom and how much.

If, on the one hand, there is no authority that dictates rules to the market or another currency that references its price, there is also no protection for equity. Security is based on technology and market acceptance. It therefore falls into the high risk investment category.

Cryptocurrencies are assets like real, dollar and euro, but that circulate only in a digital environment. Bitcoin is the most important model, representing almost 40% of the cryptocurrency market, but there are so many others, such as Ethereum, Litecoin and Ripple. 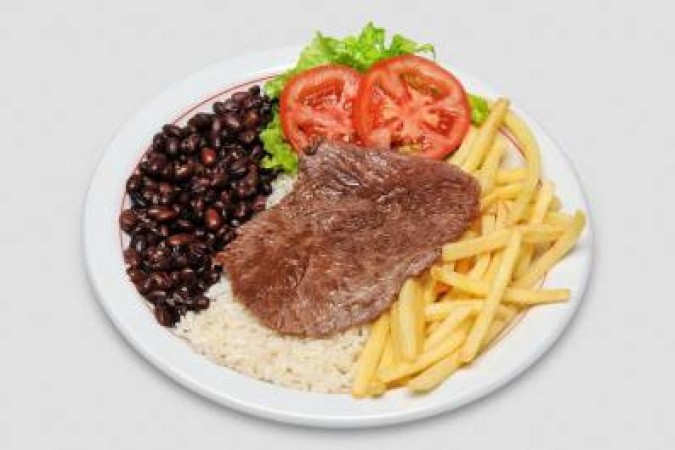 PF price shoots up and steak disappears from the Brazilian menu