The charges against coach Paulo Sousa and Flamengo’s medical department are accentuated at a time when the team has, for another year in a row, physical problems that spill over into the team’s performance. The rotation in the squad will continue in front of Altos-PI, at 19:30 this Wednesday, for the Copa do Brasil, but the alternation of technical commissions and the club’s option not to reinforce its own processes are pointed out internally as hindering a better prevention work. of injuries.

Since October of last year, a press conference has been pending with the head of the Department of Health and High Income (Desar), Márcio Tannure, who has been working as a firefighter, given the reduction in his autonomy. The professional, who completes 20 years with Flamengo in 2022, is restricted by the board to give public explanations about the strategies for the sector. Thus, Tannure assumes a role of para ray since the directors decided to interfere in the assembly of the professional structure of the department, to cut positions and to attend to the wishes of the athletes.

At the meeting of the Deliberative Council this Monday, President Rodolfo Landim even promised an explanation of the injury problems to the counselors only.

Doctor is the only link for lost cases

In the last two years after Jesus, the direction formatted the physical preparation and the medical department with some professionals linked to managers and players, and only with the arrival of Paulo Sousa gave in to a new “reformulation”. In practice, the concepts related to the management of the squad amid the new marathon of games are in charge of the Portuguese coach. The new Mister approached Tannure to know how to deal with what coaches since Jorge Jesus have suffered in terms of the calendar in Brazil. As of this month of May, athletes reach the peak of their physical shape, but there is an accumulation of games and muscle problems increase. The management of the load takes place with rotation in the choice of players and in the minutes administered by each one. In addition, the club makes use of technological resources (equipment) and scientific processes, but it needs good communication from employees and the technical committee.

With all this implemented by Paulo Sousa, there are repeated cases of muscle injuries with the advent of the three competitions in dispute. Apart from more serious cases, such as defenders Rodrigo Caio, who did not play in 2022, and now Fabrício Bruno, who may undergo surgery on his foot ligament. It is in this clear communication about the conditions of the athletes that Flamengo’s difficulty has been since 2019, in the evaluation of those who frequently enter and leave the club’s football. When Jorge Jesus arrived, he “locked up” the CT with a large commission of its own, which followed its own precepts, and included Tannure, physical trainer Betinho and some other employees in its decision-making processes.

There, there was the first more abrupt rupture of processes by Flamengo itself. Jesus ignored rotation and bench his choices based mainly on what the player said. Communication between the fixed staff and the coaching staff began to reduce, and the model that Flamengo cultivated in previous years, of a shared vision, focused on the coach. Permanent assistants and other professionals were removed. It worked, because there were achievements. But since then the new technical commissions have not found the ideal recipe and a thread to pull beyond Dr. Tannure. In recent years, the medical manager was responsible for assembling the team of the so-called Center of Excellence in Performance, which later changed its name. It took unemployed or base professionals and qualified them within the methodology that Flamengo developed. Tannure internally claims that things have changed since 2020.

The board itself has outsourced the command of football management to the coaches. Instead of being the guardian of processes, have a strategic vision to replace losses in human resources, and strengthen the creation of a concept of its own. The role within the organization chart would fall to the director of football, Bruno Spindel, and the managers Fabinho and Juan. With each new start, players tended to feel more each change of command and understand that the 2019 model needed to be resumed. This makes the work of technicians difficult and has hindered that of Paulo Sousa and the medical department itself.

When the resumption was timid, the athletes themselves indicated physical preparation, physiology employees, from outside and inside the club, and influenced the processes with the coaches. This occurred in a scenario of lower investments in the coaching staff, and Tannure continued without strength, even threatened with dismissal. When Jesus left, during the pandemic, both Domènec Torrent, Rogério Ceni and Renato Gaúcho suffered from the confused legacy of the club’s football in relation to the medical department, which had to reinvent itself, without a legacy. Paulo Sousa arrived with the mission to restructure the game’s ideas and also the day to day. At the beginning of 2022, there were layoffs in the sector, and the model of a large commission was resumed, which the trio of previous technicians did not have.

When the key turned

The disruption of processes was accentuated by the change in management. Prior to 2019, Flamengo hired companies like EXOS and Double Pass to train professional and grassroots football officials to form a unison model. This qualification based on science and technology was based on a completely corporate concept, and the doctor Márcio Tannure was a strong ally. The club created a method, there were debates about game structure, injury prevention and also talent development. The companies understood the Brazilian and the club’s culture, internalized processes, without putting them in a rigid frame, and allowed Flamengo to create its own philosophy. After doing their job, they left the club. Without continuity, trained professionals followed the same path towards rivals in Brazil and teams abroad. As of 2019, the key has turned. With financial resources in growth after millionaire sales, Flamengo put together a strong team, played a league with Jorge Jesus and won almost everything. But these processes were no longer the same. Employee appreciation deteriorated, and even awards were paid only to players and coaches’ commissions, no longer to football officials.

Flamengo’s organizational chart helps to understand a little how the difficulty in valuing employees and processes spills over into this whole scenario. Recently, the club saw the permanent assistant Maurício Souza accept a proposal from Athletico-PR. Over the weekend, under-20 coach Fábio Mathias went to Red Bull Bragantino. According to information, Flamengo does not have a policy on positions and salaries, neither in football nor in other areas. This is due to the timid structure of the human resources department. HR Manager, Roberta Tannure was raised to the post after working as a labor lawyer at the club itself. There is no sector director, and management reports to corporate director Billy Alves. The explanation for such a vertical hierarchy is to concentrate decisions on the financial director, Fernando Neto, on the CEO Reinaldo Belotti and also on the president Rodolfo Landim, who has fewer obstacles to appoint professionals with greater alignment with management.

In football, the structure also has few professionals. Deputy Marcos Braz and director Bruno Spindel are negotiators. There is no technical director, only Juan and Fabinho, former players, as managers with limited performance. The concentration of power inhibits Flamengo from further developing the professional vein that guided its financial management. With revenue above R$ 1 billion, it’s not for lack of money. The department’s concern became the well-being of champion athletes. Several renewed, had increases, and the leaderships started to have more strength with the direction, especially Diego Ribas.

The club rehearsed a hegemony that was never confirmed, as it was not concerned with the transition of models or with leaving a legacy with its own identity. Year after year, it changes managers and hires and sells players, while the standing commission is not qualified in the same proportion. Without strength, Tannure was unable to restructure the medical department with names he would like, and he allies himself with Paulo Sousa in the new reformulation. Despite being a manager, he was left with only the figure of the doctor, who had to deal with interests from all sides. The report contacted Flamengo and is awaiting a position. 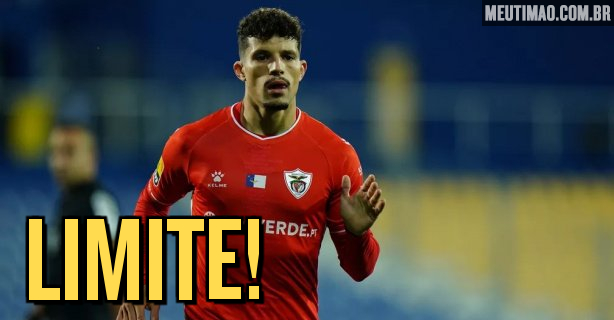 Corinthians has to resolve at least four pending issues this Tuesday; see situations 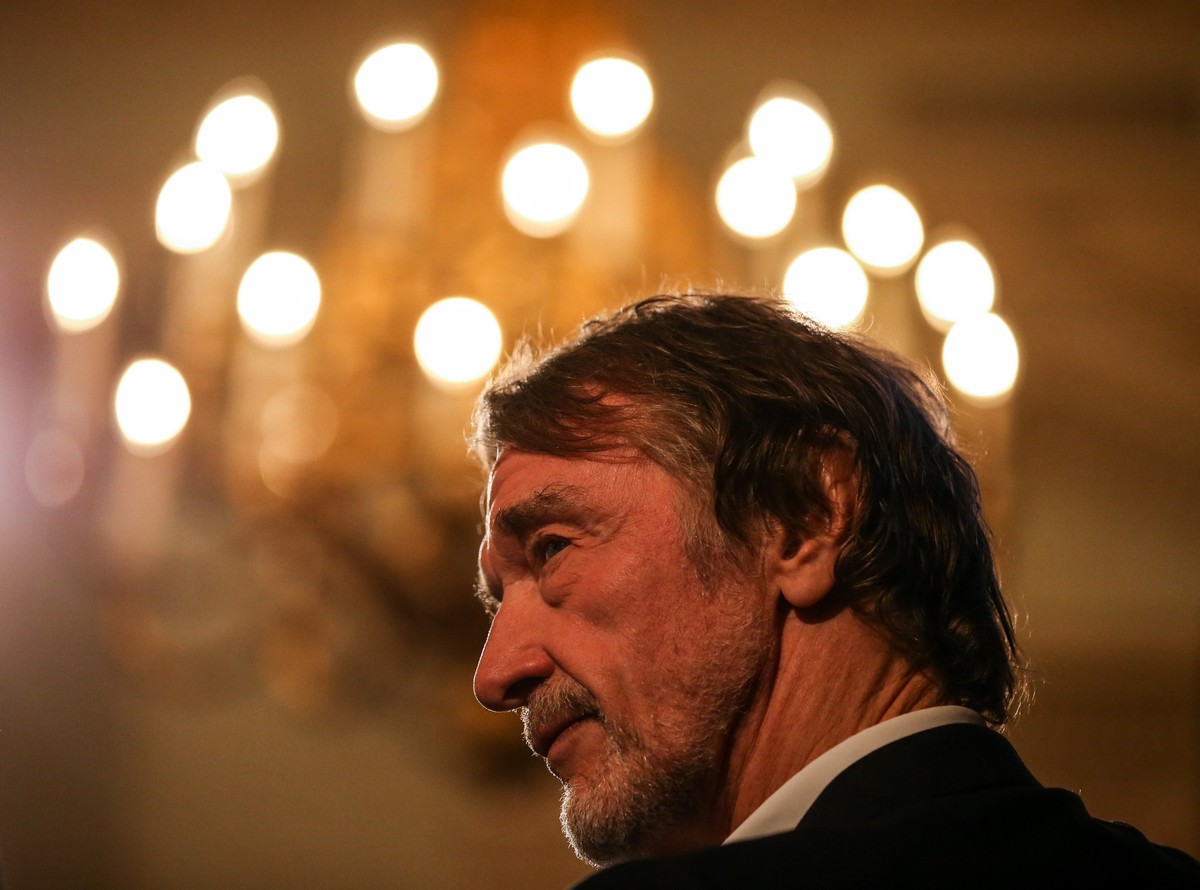