The world’s largest open-air cinema is back. Now called Vibra Open Air, in its 20th edition, the event brings together moviegoers again at the São Paulo Jockey Club on May 25th and June 12th, after two years of absence. There will be 23 films of various genres and for all ages projected on a super-screen with 325 m², with a powerful sound system of 28 Dolby Digital Surround boxes, in addition to shows and special workshops.

Online sales open today (9), from 6 pm, with the exception of the opening day, when 500 people will be drawn through the website and social networks Open Air Brasil to watch with a companion, free of charge, the exhibition of the long-awaited Doctor Strange in the Multiverse of Madness. To close the night in a festive mood, there will be an unprecedented show.

For this special edition, Vibra Open Air 2022 organized the films into categories – Telecine Night, Classics/Cult, Popcorn, Family and Double Session. In addition, there will be musical shows and instrumental performances at the opening, closing, after the national and Thursday sessions, which will make the audience move, get closer and vibrate from start to finish. At the premiere, on May 25, Zé Ricardo, who began his successful career in showbiz at Open Air and today is responsible for the success of the Sunset stage programming, at Rock in Rio, will give the first tone of the 15 days of party, inviting guests to the stage.

Friday will be the day to honor national cinema in the sessions of Noite Telecine and soon after checking out new shows, exclusively designed for the event. To celebrate the 20th anniversary of the debut of God’s city, by Fernando Meirelles, Zé Pequeno and the Caixa Baixa gang are present at Vibra Open Air. Soon after the session, the show “Manguefonia” will take place, an unprecedented project in honor of the 30 years of the manguebeat movement with musicians from Nação Zumbi, Mundo Livre SA, Devotos, Banda Eddie, Mestre Ambrósio and Devotos do Ódio, such as Otto, Fred04 and Jorge Du Peixe The guests, who actively participated in the chain, will celebrate the movement created by Chico Science.

Eduardo and Monicaacclaimed adaptation recently released, starring Gabriel Leone and Alice Braga, will be followed by the new and highly sought after musical project by Lúcio Mauro Filho and Pedro Baby, “A Lei Natural dos Encontros”, which will make its first performance in São Paulo, with special participation by Fran and Carlos Trilha.

And, in the last title of this special selection Night Telecine, the unforgettable comedy genius Paulo Gustavo will have his memory and legacy remembered with the exhibition of My mother is a piece, a landmark of cinema. After the film, we will have a surprise show that invites Drik Barbosa and Bivolt.

To make the party even more special, this year some prestigious films celebrate their birthday together with the event. starting with The Fabulous Destiny of Amélie Poulainby the Frenchman Jean-Pierre Jeunet, who, like City of Dreams, by David Lynch, complete two decades of launch in Brazil. The long one, Love in the Skinby the Chinese Wong Kar-Wai, darling of cult cinema, and The French Chronicleby the amazing Wes Anderson, round out the critically acclaimed film selection.

Recent global box office phenomena will have plenty of space on the schedule, starting with Doctor Strange in the Multiverse of Madness. Dunefiction starring current Hollywood darlings Zendaya and Timothée Chalamet, is among those confirmed, as is In the Rhythm of the Heart (CODA), a musical drama blockbuster and Oscar winner for Best Picture, and the surprising Spider-Man: no homecoming, which took millions of people to cinemas, giving the sector a much-needed boost. The selection continues with the documentary The Beatles – Get Back: The Last Show, in an adapted version for the cinema (60min) of the eponymous documentary, already released as a classic of the genre by showing the boys from Liverpool in intimate, never-before-seen images. Finally, the super screen receives Fantastic Beasts – Dumbledore’s Secretsthe third film in the billion-dollar franchise.

Reinforcing the plurality of audiences, “Vibra Open Air” selected films for all families. International animations such as “Encanto”, winner of the 2022 Oscar for Best Animation and Original Score, and single 2, which has names like Bono Vox, Pharrel Williams and Scarlet Johansson in the voices of the original characters and Sandy, Paulo Ricardo and Fiuk, in the dubbing, will be shown in sessions on Saturday. Also on Saturday there will be the grand preview of the 20th edition of the event: Pluft the Phantom, the long-awaited super production for the big screen of the Brazilian children’s literature and theater classic, a work by Maria Clara Machado. The selection will still feature, with exhibitions on Sundays from My friend Totoroclassic Japanese animation, and Tarsilla, the movie, a way that the curatorship found to pay tribute to the Semana de 22, which revolutionized art in the country 100 years ago. Before the film there will be workshops and artistic activities, encouraging the interest of the little ones in art.

Destined to exalt titles that are always successful, the double sessions will take place on Wednesdays, bringing films that mark generations and make successes from the first to the last edition. With the same ticket, the public will watch two works from the same franchise in sequence. It is the case of Panic, great references of suspense, which will make everyone feel that butterflies in their stomachs. The following week, it’s the batman’s turn to dominate the area, with the display of Batman (1989), by Tim Burton, and the recent Batmanwith Robert Pattinson.

To further enrich the program, Vibra Open Air hosts a special edition of Feira Preta at its closing, on June 12, which will feature a presentation by Fernando Rosa and Jesuton, with black music hits, while it is possible to visit the exhibitors . Conceived by Adriana Barbosa, considered one of the most influential black people under the age of 40 in the world, according to an award granted by the UN, the economic-cultural enterprise is the largest black culture fair in Latin America. In addition to this date, during every day, an exhibitor will also be in the gastronomic area of ​​the event. Next up will be the 2022 Oscar-winning documentary, Summer of Soulwhich recovers and reconstructs hours of recordings forgotten for decades from the festival that in the summer of 1969 revealed names like Stevie Wonder, Nina Simone, among others, at Mount Morris Park.

Tickets for the three-week event will go on sale online from May 7th, with tickets starting at R$25 (half) and R$50 (full). As usual, the first day of Vibra Open Air will be free for the public, who should pay attention to the social networks @openairbrasil to register and participate in the drawing of hundreds of pairs of tickets, further demonstrating the democratic and inclusive nature of the event. Tickets will also be available for exchange for Premmia points, the Petrobras Posts loyalty program at www.premmia.com.br

20 years of Open Air in numbers:
– More than 750 thousand people attended the event;
– Approximately 640 sessions, in 31 issues, with around 20 sessions per issue;
– 640 films (approximately) shown;
– 128 shows;
– More than 1 million bags of popcorn distributed for free;
– Around 128 interactive actions at stands, which have already been provided at the event. 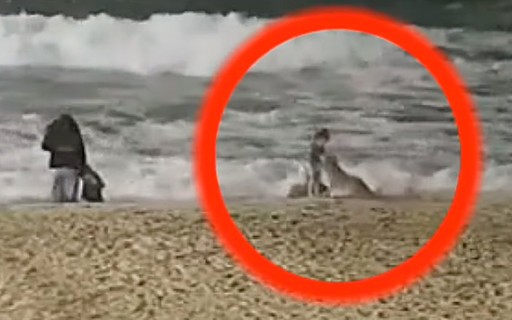