The president of Fla adopted a speech of protection to the sector of the Club, which has been the target of constant criticism from the fans

Flamengo is in the final stretch of preparation to face Altos-PI this Wednesday (11), at 7:30 pm, in Volta Redonda, for the return game of the third phase of the Copa do Brasil. However, Paulo Sousa needs to deal with the legion of embezzlement, as Filipe Luís, Santos, Fabrício Bruno, Matheus França, Gustavo Henrique and Vitinho are barred by the medical department. And the red-black sector has been the target of constant criticism from the fans.

That’s because, according to a survey by the GE, Rubro-Negro has already recorded 16 sick leave since the beginning of the season, a record in the last five years. This helps to explain the nation’s discontent with Flamengo’s DM, who has complained about the players’ frequent muscle injuries. In addition, fans also seek explanations for the delay in athletes returning to the pitch, as in the case of Rodrigo Caio, who has yet to debut in 2022.

The ‘Coluna do Fla’ portal had access to an audio by Rodolfo Landim, president of Flamengo, who for the first time took a stand on the red-black medical department, adopting a speech protecting the Club’s sector: “There’s a lot, technology that is being used in Flamengo, which I sometimes see on television that people talk in a very broad way, and do not talk about data, in comparative data with other clubs”, declared the representative.

Landim also made a promise to Nação Rubro-Negra, claiming that he will produce a document detailing Fla’s DM: “I will prepare a presentation so that they can get to know the entire process that exists. How the athlete is prepared, what are the concerns, how do we load the exercises for each one of them. When there is an injury, what equipment do we have, how to prevent an injury, all of that”, concluded the president. ‘I will do anything to help’

Midfielder evolves physically and lives expectation of chance at Santos 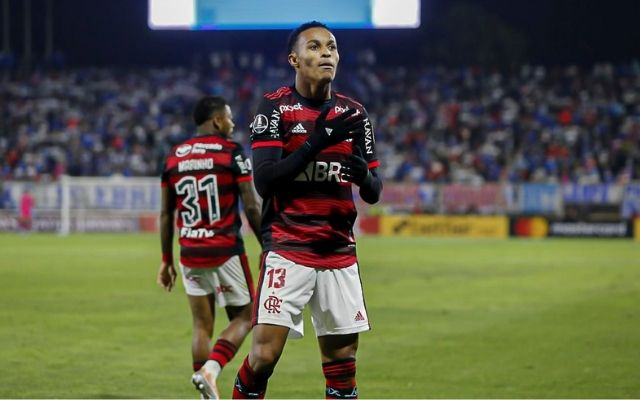