At around 5:50 am on April 1, a fuel depot caught fire in the Russian city of Belgorod, located less than 50 kilometers from the Ukrainian border.

A video that circulated on social media, which was checked by the BBC, showed what appeared to be missiles falling on the facility as two helicopters passed, triggering a series of explosions that ended in a massive fireball.

Some media reported, based on footage from other videos, that two helicopters that appeared to be Mi-8s flew over other cities within hours of the explosions.

It was not the first time suspicious explosions have taken place on Russian territory since Russian President Vladimir Putin launched the invasion of Ukraine on February 24. Just a few days earlier, on March 29, several explosions were recorded at an ammunition depot near Belgorod.

However, this time was different because, as BBC defense correspondent Jonathan Beale explains, if Kiev’s involvement in the blast is confirmed, it would have been the first time that Ukrainian aircraft crossed Russian territory to attack a target.

But despite Moscow’s accusations, Kiev has not claimed responsibility for the attack. Ukrainian Defense Minister Oleksandr Motuzyanyk said Russia’s “aggression” was being repelled “on the territory of Ukraine”.

“This does not mean that Ukraine is responsible for all these catastrophes and all these events that take place on the territory of the Russian Federation. This is not the first time that we have seen such accusations. So, dear friends, I will not confirm or deny this information.” he said.

Since then, several suspicious incidents have been reported on Russian soil.

On April 25, for example, the city of Bryansk, located about 150 kilometers northeast of the Ukrainian border, woke up to blackened skies due to a fire in a major oil pipeline. Regional Governor Aleksandr Bogomaz reported a fire at a fuel depot but did not explain the cause.

There were also explosions near Russian military installations and even at a military research institute in the city of Tver, near Moscow.

No one knows the exact number, but the press has reported more than a dozen such events.

“They happened in different parts of the country. They happened in research centers, in facilities usually linked to the military and other strategic production centers, so it seems pretty obvious that these explosions are not a coincidence,” said Matthew Orr, an analyst specializing in Eurasia at Rane, a geopolitical risk analysis consultancy, in an interview with BBC News Mundo, the BBC’s Spanish-language news service.

Analysts believe that some of these incidents may have been caused by the powerful Turkish-made Bayraktar drones that Ukraine has and that, in other cases, they could be infiltration operations by that country’s intelligence units inside Russian territory.

However, Kiev still neither recognizes nor denies its involvement in these incidents. Why?

Officials in Volodymyr Zelensky’s government avoided clarifying what they know about these incidents, but showed some satisfaction with them.

“Belgorod, ‘Movska’, Bryanks. Constant ‘production incidents’. How can we not believe in karma for the death of children in Ukraine? Yet many are still willing to turn a blind eye to the financing of terrorism by purchasing Russian oil But should the European Union depend on a country where everything is imploding?” Mykhaylo Podolyak, Zelensky’s adviser, wrote on his Twitter account on April 25.

Ukraine’s Deputy Interior Minister Anton Gerashchenko also made references to these incidents, but with irony. Also on Twitter, he posted a “no smoking” message along with an image of the fuel depot fire in Bryansk.

To date, the most direct response to these incidents by any Ukrainian official has been given by Oleksei Arestovych, an adviser to Zelensky’s chief of staff.

“We don’t confirm and we don’t deny. After what’s happening, we officially don’t say yes and we don’t say no, just like Israel,” Arestovych said in a recent interview with the American newspaper The New York Times, referring to the policy of “strategic ambiguity”. that Israel has maintained for decades around its nuclear weapons program.

As Matthew Orr explained to BBC News Mundo, Ukraine gains the most by maintaining uncertainty on this issue.

“It can be assumed that some of these attacks are being carried out with the help of Ukrainian intelligence and they don’t see the need to give more visibility to this issue because they don’t want Russia to use these explosions to justify an escalation of the war,” he says.

Orr explains that, from an informational point of view, it is more valuable for Ukrainians to say that this is not being done by them, but by people in Russia who are sympathetic to the situation in Kiev and who want to sabotage the war started by Putin.

The expert adds that it is not surprising that Ukraine is carrying out actions on Russian territory because that country has been working for years to have intelligence, sources and capabilities there. “It would be unwise for them not to use these resources now.”

The recurrence of these incidents displeased Moscow, which threatened retaliation.

In turn, Russian Foreign Minister Sergei Lavrov accused NATO (North Atlantic Treaty Organization, Western military alliance) of being involved in a “proxy war” against Russia and warned that weapons delivered by the West to Ukraine are “a legitimate target” for Russian forces.

The official accused the West of “throwing gasoline on the fire” by supplying Ukraine with weapons and said the conflict could lead to a third world war.

But could these incidents on Russian territory lead to an escalation of the conflict?

Experts such as Tatiana Stanovaya, founder of the political analysis consultancy R. Politik, point out that attacks on Russian soil could increase support for the war in that country.

“Russian society is not ready for peace. Russian society expects Ukraine to be defeated. Everything that comes from Ukraine, such as attacks on Russian territory, only fuels these feelings,” Stanovaya told the American newspaper The Washington Post.

Matthew Orr, for his part, does not believe these incidents are grounds for an escalation, even though Kiev admits to being behind these explosions.

“I don’t think it would be decisive, but it could be part of the argument that Russia uses to expand the offensive; in any case, it’s just another element,” he says.

“Russia is already using ballistic missiles to destroy railways, factories, roads, bridges and all sorts of infrastructure in Ukraine, so that would be equivalent to Ukraine doing the same thing, but in a quieter and more limited way. So, this would only trigger an escalation in the conflict if Russia decided to use it as an argument to widen the offensive”.

In any case, it is not proved that Ukraine is behind all these incidents and, in fact, there are experts who consider that probably only a limited part of them corresponds to the actions of Ukrainian forces.

William Alberque, Director of Strategy, Technology and Arms Control at the International Institute for Strategic Studies, a think tank based in the United Kingdom, pointed out that Russia is mobilizing arms and ammunition on a large scale, so it is possible that there have been accidents caused by problems of neglect and corruption among Russian forces. In his opinion, Ukraine took the opportunity to blame the Russians for these incidents.

“Even when the explosions may be caused by negligence, (Ukrainians) are happy to let the world think they are the result of special operations. And the Russians are happy in some cases to blame the Ukrainians rather than admit that the fault may be related to acts of corruption committed by Russian civil or military authorities,” Alberque said in an interview with Radio Free Europe.

The expert added that he had no doubt that the Ukrainians were carrying out sabotage actions against Russia and trying to target as many Russian fuel and ammunition depots as possible, but said it would be a mistake to attribute all fires or explosions in Russia to Kiev. .

But whether these incidents are acts of sabotage or accidents through negligence or corruption, they still serve the function of boosting troop and population morale in Ukraine, where, according to geopolitical expert Peter Zeihan, “the Russian military has already abandoned all hope of that Ukrainian citizens welcome them as liberators or as Slavic cousins”.

Thus, in these circumstances, the Zelensky government’s strategic ambiguity allows it to benefit from any setback suffered by Russian forces. 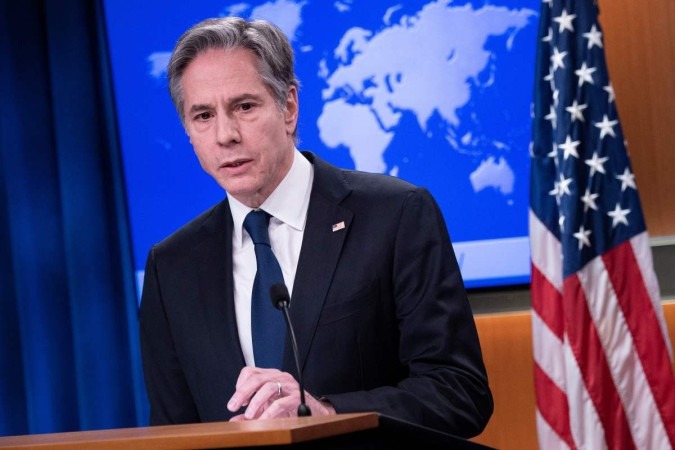 We will defend every inch of NATO territory 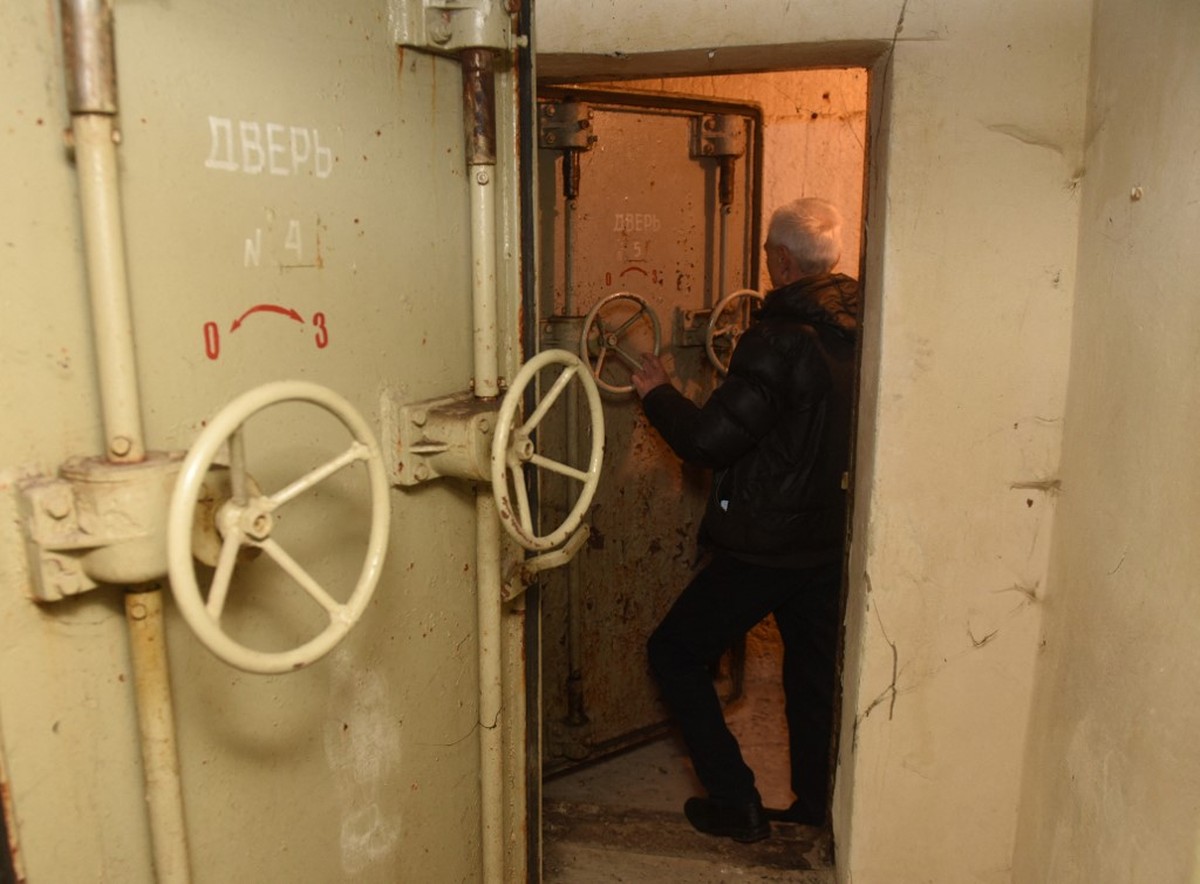 Russia says it killed 5 people who entered its territory through the Ukrainian border; Ukraine says news is fake | World