After criticizing the Brazilian government’s position on Russia in relation to the war in Ukraine, the United States and Brazil are advancing in a process of rapprochement. Last month, the Brazilian ambassador to the US, Nestor Forster Jr., was received by US President Joe Biden. Two weeks ago, Brazilian and American diplomats met in Brasília for a “high-level dialogue” that reviewed the bilateral agenda between the two countries. According to Itamaraty, topics such as “support for democratic governance”, “promotion of economic prosperity” and “strengthening cooperation in defense, security and peace promotion” were discussed.

The high-level dialogue takes place periodically and this was the first time that it brought together delegations from both governments. The rapprochement with the Biden administration — and the rapprochement with the US — is celebrated by the Ministry of Foreign Affairs. Diplomats point out that the meeting is part of the strategic dialogues and symbolizes an agenda to fine-tune the dialogue between the countries.

The expectation at Itamaraty is that the talks can develop economic, diplomatic and political relations between the two countries. The Brazilian government knows that the United States is an important trading partner, but it also understands that a political relationship can be built.

Even the alleged warning by the director of the CIA (the US Intelligence Agency), William Burns, for President Jair Bolsonaro (PL) not to question the elections, is insufficient to shake the construction of the relationship. The Brazilian government treated the case as “fake news” and Brazilian diplomats classify the alleged speech as “noise”. The CIA director was in Brasília in the first days of July last year and participated in a meeting at the Planalto Palace.

What Brazil and USA gain from rapprochement

From an economic and commercial point of view, Brazil gains a partner that is committed to helping it in the search for alternative sources of fertilizers, an important input for Brazilian agribusiness. Even though they are competitors in the production of commodities, the US has committed to bringing them closer to US producers and partner nations.

Ambassador Pedro Miguel da Costa e Silva, Secretary of the Americas at Itamaraty, and the US State Department confirmed to the BBC News Brazil website that the fertilizer agenda is present in the conversations between both countries. And although the report points out that Brazilian producers already knew the potential exporters indicated by the US, the gesture is still appreciated at Itamaraty.

Government interlocutors point to the People’s Gazette that the rapprochement between the two nations improves the channel for dialogue and makes it possible to advance in several treaties, including US support for Brazil’s accession to the Organization for Economic Cooperation and Development (OECD), one of the main goals of Brazilian foreign policy .

The US, in turn, sees in the rapprochement with Brazil the opportunity to strengthen itself in Latin America to show Russian President Vladimir Putin the power of Joe Biden, as analyzed by a Brazilian diplomat to BBC News Brazil, who says he likes the Itamaraty “the current term of cooperation”.

The perception among American diplomats heard by BBC News Brazil is that, especially in the face of the war in Ukraine, it is necessary to get closer to allies and friendly countries. “This demonstrates that, for the US, Brazil has economic, political and diplomatic relevance. And it is in our interest to be part of the OECD”, says an interlocutor from Itamaraty to People’s Gazette.

The expectation between Brazilian and American diplomats is that the rapprochement can be definitively “sealed” with Bolsonaro’s visit to the 9th Summit of the Americas, which will take place in June in Los Angeles. The US delegation invited the Brazilian president.

The standard for this type of event is for Bolsonaro to attend, diplomats say. There are even incentives from his ministerial team for him to travel to the Summit of the Americas, but he will have the last word. If it does not accept the invitation, it is likely that Brazil could be represented by the Minister of Foreign Affairs, Carlos Alberto França, or by Vice President Hamilton Mourão.

Senator Nelsinho Trad (PSD-MS), party leader and former chairman of the Senate’s Committee on Foreign Relations and National Defense, does not consider the dialogues between Brazil and the US a rapprochement, as he understands that there was no rupture of relations, but makes a good assessment of recent gestures.

“Brazil continued to interact with the United States in different sectors, such as health, science and technology – mainly in relation to Covid-19 – and commerce. Presidents may not have a relationship of deep empathy, but as heads of state, they maintained cordiality”, analyzes Trad. “I also think that the pandemic may have reduced the opportunities for meeting, but that does not mean rupture”, he reinforces.

Regarding fertilizers as an agenda that brought countries closer together, the PSD leader understands that Brazil’s demand for the United States is natural. “It’s the same as in the case of any other country where they feel the potential for influence, for commercial partnership, it’s natural. At this time of war, fertilizers are on the agenda, but our country has not indicated a lack, it has even launched a plan to prepare, so that this input is not lacking”, he highlights.

The president of the Parliamentary Agricultural Front (FPA), deputy Sérgio Souza (MDB-PR), analyzes how natural it is for countries to strengthen political, diplomatic and commercial relations in the current scenario and highlights dialogue as essential to increase grain production and food in order to guarantee the food security of the planet.

Also deputy leader of the MDB, Souza defends that Brazil look for as many partners and producers as possible to ensure the importation of fertilizers by Brazilian farmers. Although fertilizers are not directly included in US and EU sanctions on Russia, there is concern in agribusiness that an embargo will occur.

“We are very concerned about a possible embargo on fertilizers in Russia. The fertilizer is food for the plant, the plant produces food for humanity, there is the whole issue of food security”, he says. Although Brazilian producers have a sufficient supply of the input for this year’s crops, there is a concern regarding imports for future crops.

For this reason, the president of the FPA has scheduled a meeting with Brazilian Chancellor Carlos França next week to discuss the matter and understand the government’s efforts to mitigate possible impacts. “We do have concerns about a future embargo that will prevent us from buying fertilizers from Russia and Belarus,” he points out.

In addition to the prospect of advancing in trade, diplomatic and political relations with the United States, Itamaraty also celebrates the conversations under another aspect. For Brazilian diplomats, in addition to these gains, the chancellery also understands that the “doors” with Russia remain open.

Since the beginning of the war, Brazil has adopted what the Itamaraty classifies as a position of “balance”, condemning the invasion of Russian troops on Ukraine, but without adopting scathing criticism or individual sanctions against the Putin government. Now, as a result of this position, Brazilian diplomats understand that the country can maintain good relationships with Russians and Americans.

The diplomats’ reading is endorsed by the president of the FPA. “I think that’s it, we all repudiate this war, but Brazilian diplomacy has historically always adopted a position of neutrality. And it has always been an important country, with diplomacy respected in the global world”, ponders Souza.

The parliamentarian believes that the Brazilian position proved to be correct as it understands that it does not close the doors to Russia and brings Brazil closer to the USA. “I don’t know if he took the action thinking if, in the future, he could have a rapprochement with this or that country, but I understand the position to be correct”, he maintains.

The specialist in international relations Thales Castro, coordinator of the political science course at the Catholic University of Pernambuco (Unicap), agrees with the view of Brazilian diplomats and the president of the FPA. “The rapprochement with the USA does not close the doors with Russia, in any way. Brazil is not even interested in distancing itself, even because we cannot, we are integrated in the scope of the BRICS [grupo de países formado por Brasil, Rússia, Índia, China e África do Sul]this is inexorable”, he ponders.

The Unicap professor also praises the work of Carlos França in conducting foreign policy before and during the war. “Despite being young, the minister is very skilled. He did a wonderful job in the repatriation of Brazilians [na Ucrânia] and that gave a lot of visibility outside and inside. And it reverberates as a trusted interlocutor for this strategic rapprochement”, he analyzes.

“Biden knows that, since he took office, relations between Brazil and the United States have been tepid. The United States realized that Brazil was in a process of distancing itself from the traditional poles of power, of strategic alliance and historical cooperation, and they know that we are a strategic actor and gateway to Latin America. They realized this, resumed the dialogues and put Brazil back under their care and affection”, adds Castro.

International relations specialist Márcio Coimbra, former director of the Brazilian Trade and Investment Promotion Agency (Apex-Brasil) under Bolsonaro, disagrees with views that Brazil is getting closer to the United States. For him, there is only a pragmatic relationship in the commercial sphere.

“Americans are very pragmatic and they will always want to dialogue with the Brazilian government, but the fact is that the Jair Bolsonaro government has already burned many bridges with the United States. The most recent of them is this alignment with the Putin government”, analyze. “They always leave a door open, which comes through pragmatism, which can be commercial or political. The door to political pragmatism, however, is closed”, he adds.

For Coimbra, only in a next government would the Itamaraty have a chance to reopen this “door” of political pragmatism. “As long as Brazil maintains this pro-Russian position, there is no way to make political progress in this agenda”, he evaluates. The former director of Apex understands that the balanced position defended by Itamaraty is, in fact, a pro-Russian position.

“And both Democrats and Republicans have the same understanding. For them, not taking a position is taking a position. It’s a posture they reject, even because Americans don’t act that way, they always take a position, they never abstain. , everything has a side, it is either one or the other, there is no such equidistant position that Brazil designed in the 1970s for its diplomacy”, he defends.

Coordinator of the postgraduate course in Institutional and Governmental Relations at Faculdade Mackenzie, Coimbra also understands that, without advancing in political relations with the United States, Brazil will not be able to evolve the negotiations towards the ascension to the OECD.

“Brazil only weakened to be part of the OECD after it approached Russia against Ukraine in this conflict. Brazil was on a virtuous path of rapprochement with the OECD countries, but, certainly, after this pro-Russia position, it took a path otherwise”, he evaluates. 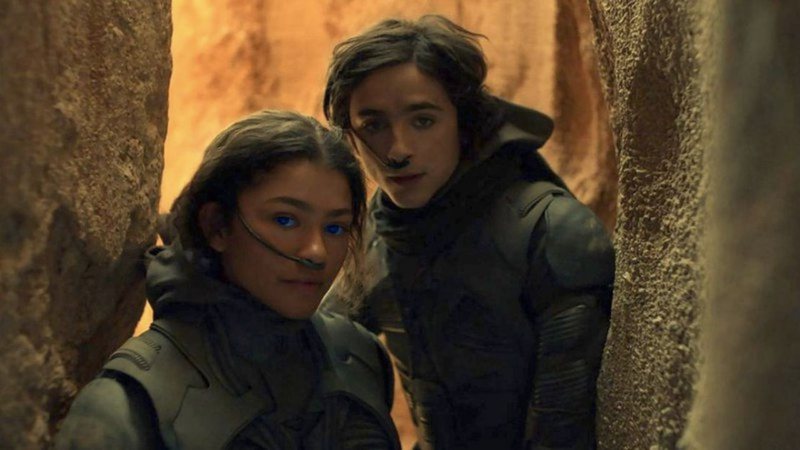 What was Zendaya’s biggest fear when making a film with Timothée Chalamet? · Rolling Stone 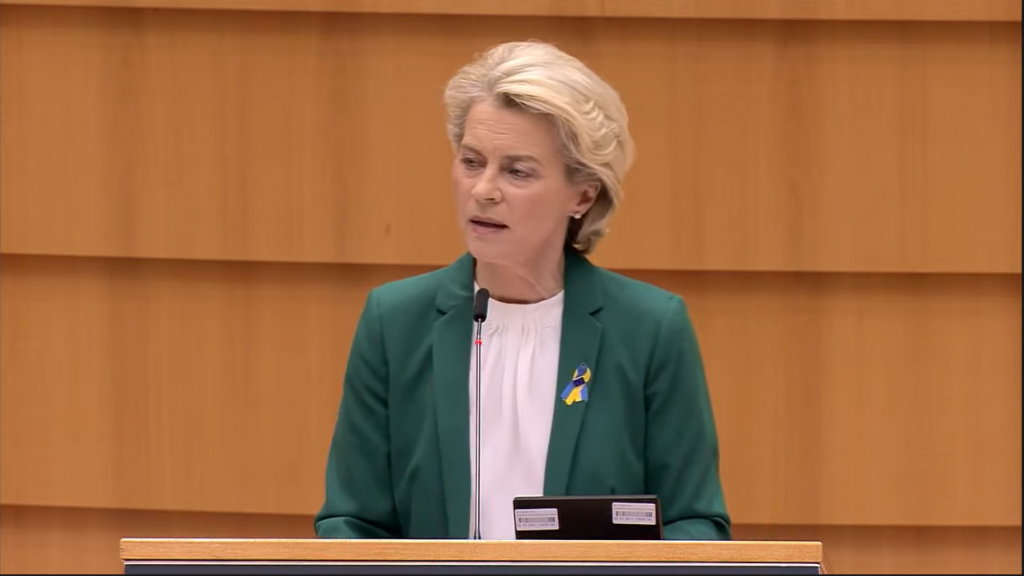