SAO PAULO, SP (FOLHAPRESS) – After much anticipation and the expectation that he would make an announcement of great impact on the Ukrainian War, Vladimir Putin delivered a conventional speech to celebrate the 77th anniversary of the victory over Nazi Germany, this Monday morning. Friday (9), in Moscow.

He evoked the past and associated the government in Kiev with Nazism, but he did not announce national mobilization or declare war on Ukraine, much less NATO, the Western military alliance that is supplying the bulk of the weapons used against Russia. There was also no triumphalism over non-existent victories so far.

“You are fighting for your motherland, for your future, so don’t forget the lessons of the Great Patriotic War. There is no place in the world for executioners, vigilantes and Nazis,” Putin said, referring to the Russian name for the years of world conflict. by the Soviet Union —started in 1939 in Europe, he arrived two years later in the country then led by Josef Stalin, who until then was an ally of Adolf Hitler.

“You are fighting for the same thing your parents and grandparents fought for,” he said. Putin spoke for 11 minutes, starting at 10:15 am (4:15 am in Brasília), a little earlier than expected and somewhat longer than in other years. He was greeted by cannon fire along the Kremlin wall, in the ritualized parade.

This year, the ceremony was slightly smaller than last year, with 11,000 military personnel compared to 12,000 in 2021, and there was an anticlimax that could have a political sense of detente. Unnoticed bad weather was used as a justification for canceling the air stop that was intended to provoke the West with a grand display of nuclear-capable planes and the “Doomsday” aircraft Putin would board in the event of an atomic war. .

Another point noted was the apparent absence of General Valeri Gerasimov, Chief of Staff of the Russian Armed Forces, thus adding to the rumor that he was wounded during a surprise visit to the front lines in Ukraine. There have been no comments from the Kremlin yet.

The closest the Russian president has come to citing the fears of a Third World War, which have accompanied the development of a conflict close to NATO’s borders, was to say the truism that “we must avoid the horrors of a new world war”.

Despite the lack of symbolism in the air, on the ground there was the traditional roll of large intercontinental missiles with nuclear capabilities, alongside armored vehicles, tanks, anti-aircraft systems and troops.

So the Kremlin kept its promise that nothing too out of the ordinary would be announced this Monday. Not even the conquest of Mariupol, where only a pocket of resistance in a steel mill separates Russia from full control of the entire strip linking the Donbass (Russian-speaking east) and the Crimea annexed in 2014, was cited — in the city, by the way, pro-Russian separatists. marched this monday.

The first phase of Putin’s war has failed, with an attack on several incongruous fronts and with little force being repulsed until retreat last month. The Russian obviously did not mention this, but recalled that “the death of each of our soldiers and officers is a mourning for us and an irreparable loss.” Now the invasion is focused on Donbass and the south of the country.

In the Russian military community, there is great pressure for an escalation with more human resources for the war, which, legally treated by Putin as a “special military operation”, does not have the powers of total mobilization, with the use of conscripts and reservists. Of course, on other occasions Putin has gloated over Western expectations, such as when he joked about the invasion on February 16. The date had been mentioned by the US, but on the day the Russian received Jair Bolsonaro, only to wage war the following week.

Putin repeated, with little variation, what he has been saying since the start of the conflict in his neighbour, 75 days ago. “You are fighting for our people in Donbass, for the security of Russia,” he said. The recognition of the region’s two self-proclaimed republics, practically autonomous since the civil war that started in 2014, was the prelude to the war and one of its reasons.

Another alleged motive, which had been the subject of an ultimatum to the West in December, had been to prevent Ukraine from joining NATO by bringing enemy forces to its major western border. He again said that the blame for the war lies in what he sees as Western collusion with Kiev and that he “had no choice”.

“NATO countries didn’t want to listen to us. They had different plans, and we saw that. They were planning an invasion of our historic lands, including Crimea. Russia preemptively rejected the aggression, it was a forced, timely and correct decision.” , said the Russian president.

There he emulated the Russian military view that a Ukrainian attack was inevitable — Zelensky even concentrated troops near the Donbass in early 2021.

At the same time, he did not raise the rhetoric too much and thanked the Allies for their role in the war, which punished the Soviets more sharply. The country extinct in 1991, of which Russia is the legal heir, lost 27 million citizens in the war, 40% of the estimated total of the entire conflict.

He repeated the speech that Ukrainians would seek to have nuclear weapons, which was the reading of a speech by President Volodymyr Zelensky commenting on the fact that Kiev handed over its remaining arsenal from the breakup of the Soviet Union to Moscow in 1994.

“Everything indicated that a clash with the neo-Nazis, with the Banderas [simpatizantes de Stepan Bandera, líder fascista ucraniano do século 20]supported by the US and its smaller partners, was inevitable.”

Zelensky criticized the speech and said that the rival “cannot appropriate” the 1945 victory. The Russian is making “a bloody act of Nazism”, he said. UK Defense Secretary Ben Wallace said Putin “dishonors Russia’s military past”.

Victory Day is the holiest of Putin’s Russian civic year. The celebration of Soviet victory is associated by the Kremlin with the country’s political revival after the years of chaos in the 1990s, when the 1991 dissolution bequeathed permanent Russian crisis and impoverishment.

Mounted in the cycle of appreciation of commodities, since Russia is a major producer of gas and oil, Putin managed to improve the general conditions of life in the country, at the expense of ossification of the political system. With the exception of the periods when he was prime minister in 1999 and returned to office to rule the government of protege Dmitri Medvedev (2008-2012), he has been the country’s president since New Year 2000.

The parade, although weak in terms of news, repeated the elaboration of every year. Defense Minister Sergei Choigu and Ground Forces Chief Oleg Saliukov paraded in open cars and escorted Putin on foot through Red Square, passing troops in review and then paying tribute to the Tomb of the Unknown Soldier in the Kremlin’s side garden. .

Interestingly, the Latin letter “Z”, which became a symbol of the invasion when painted on armored vehicles and helicopters used in Ukraine, was largely absent from the parade. In the predicted air parade, fighter jets would form the letter in the sky. Putin wore the traditional orange and black Saint George ribbon on the lapel of his coat, an ancient Russian military symbol.

If the planes did not fly over Red Square, they remained active in the Ukrainian skies, where the Russian offensive continues this Monday. There were missile attacks on Odessa, a major port in the southwest of the country and Ukraine’s gateway to the Black Sea. 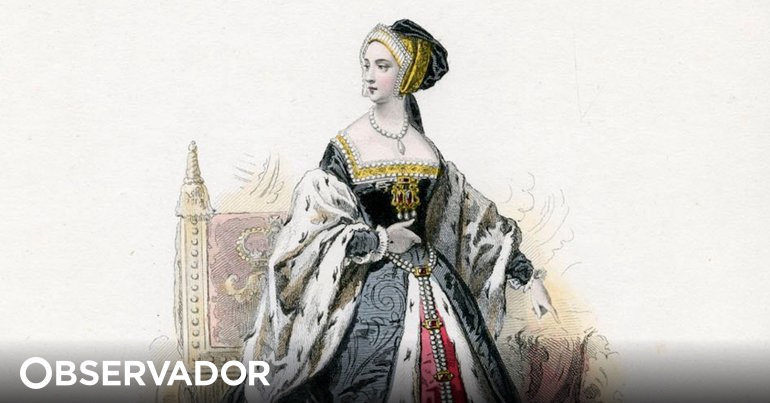 500 years after she was introduced at the English court, do we know everything about Anne Boleyn? – Observer

Zelensky announces start of Russian offensive in eastern Ukraine: ‘The battle for Donbass has begun’ 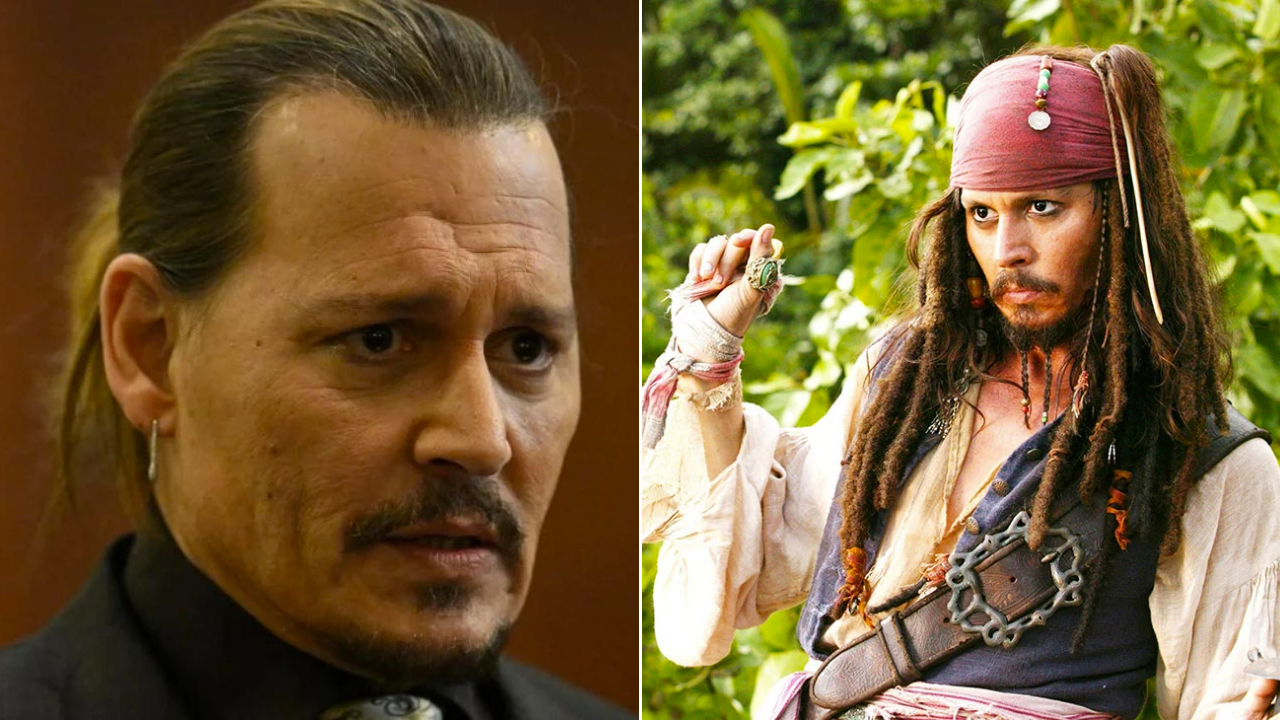 Pirates of the Caribbean: Johnny Depp Created Jack Sparrow Against Disney’s Will 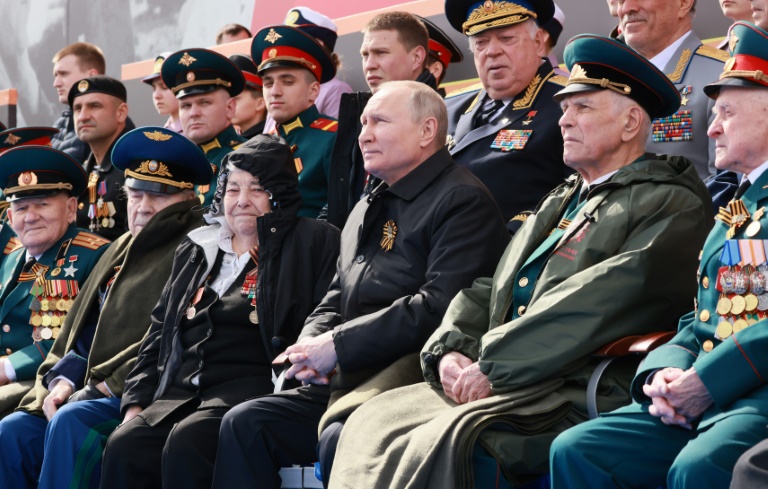 The Victory Day fiasco in Moscow