A group of Belgian scientists has managed to isolate a type of sugar present in human cells and that the Covid-19 virus uses to infect the patient, in order to prevent this pathogenic agent from infecting humans, according to a publication in the scientific journal Nature Communications.

Since 2020, it has been known that Sars-CoV-2 interacts with the spike protein before reaching the ACE2 receptor, in which the infection actually occurs, but this group of scientists from the universities of Leuven and Namur managed to block contacts between the protein and virus.

When the virus gets close to a cell, it begins to create a series of bonds that allow it to cling to it, while looking for a way to reach the ACE2 receptor.

“The virus does not immediately reach the ACE2 receptor, it must first explore the surface of our cells to find the blockade”, explained researcher David Alsteens in a statement to the Belgian newspaper Le Soir.

However, thanks to a series of 9-O-acetylated sugars, the scientists managed to add a second barrier that prevents the virus from accessing the blockage that gives rise to the desired ACE2 receptor and therefore prevents infection.

Without the possibility of infecting the cell, the virus dies, at most, in a period of a few hours, without having managed to infect any cell or reproduce inside the human body, which would make this drug a much more effective system than vaccines, that prevent the most severe cases, but do not prevent infection.

This discovery opens the door to the creation of antivirals that facilitate the complete eradication of the virus. For the time being, its application is beginning to be studied in mice and, depending on the results, it could be tested in humans.

Alsteens, very pleased with the future prospects of the discovery, stressed in statements to the newspaper that it could be especially important “to protect against all future variants and to find applications with other types of viruses”.

three points where vaccination needs to advance in Brazil 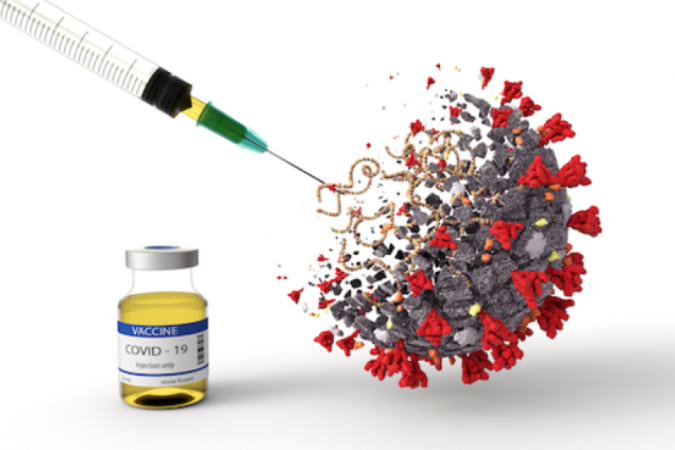 DF records 514 new cases and 8 deaths from the disease

Araraquara does not register death by covid on Sunday (27)