BRASILIA – The possibility of the government zero import tariff of steel to help fight inflation put two giants in industry national: the sectors of steelworks and gives construction. The background is the government’s concern about the risk of an increase in layoffs in the second half of Brazil, right at the height of the electoral campaign, which has President Jair Bolsonaro as a candidate for reelection.

After reporting by Estadão reveal on Monday, 9, that the government was ready to make the measure officialindustry leaders landed today in Brasília to try to reverse the measure, which will be decided at a meeting this Wednesday, 11th. Another 10 items should also have their tariff cut, including food and construction inputs.

After a meeting with the Minister of Economy, Paulo Guedes, representatives of the steel companies went to the Planalto Palace. At the meetings, they emphasized that the sector has supported the Bolsonaro government and, now, they can be penalized with this measure, according to the report.

The executive president of Brazil Steel Institute, Marco Polo Lopessaid that the reduction of tax in import entered the government’s radar at the request of civil construction, which complained about the increase in the prices of rebar used in the sector. He accused the segment of passing on to the Minister of Economy, Paulo Guedes, incorrect data, such as the increase in prices of more than 100% and that there is being fired. “That’s not right. Guedes spoke of intense pressure from civil construction, they brought the minister information that is not correct,” said Lopes.

The answer came quickly. the president of Brazilian Chamber of the Construction Industry (Cbic), Jose Carlos Martins, reacted to the statements. “We are not laying off people because we honor our commitments. We are assuming costs that they generate for us and will generate future unemployment,” he said. The statements were made while Polo was still giving an interview. For him, it is the desperation of the steelmakers.

“We never reported it, on the contrary. All our statistics show that we are hiring. What I told Paulo Guedes: today’s sales are tomorrow’s jobs. Not selling today means that in the election in October there will be unemployment”, revealed Martins. According to him, Cbic is ready for a public debate to clarify all points. He reasoned that a third of the cost increase comes from rising steel.

THE Brazilian Association of Real Estate Developers (Abrainc) released a note on Tuesday night to reinforce the position defended by the president of Cbic in relation to the price of steel. According to Abrainc, the material has impacted the sector mainly in the last two years, after suffering, according to the association, a variation of 101%. “The cost of steel in Brazil has always been one of the cheapest in the world, but now the situation has changed, especially when we compare the purchasing power of Brazilians in relation to real estate”, says the note signed by the president of Abrainc, Luiz França.

THE Estadão had access to the study presented to Minister Paulo Guedes by Cbic. The data show that the input with the greatest weight in the increase in the cost of construction material, observed between July 2020 and January 2022, was steel. The president of Cbic mentioned that the program Green and Yellow House, for example, has no readjustment. “It sold in 2020, it went up 30%, 40% the cost of the material, and it has to be honored”, she explained. He pointed out that 34% of the program’s cost increase in one year is the cost of steel.

According to Martins, the president of a steel company declared that they were taking advantage of the devaluation of the real to raise prices. The complaint is that since June 2020, after the market warmed up again, companies are controlling supply so that demand is lower. And, with that, pressure prices.

In a note released this Tuesday, Abrainc also mentioned the impact of steel prices on the cost of works under the Casa Verde and Amarela program. In the evaluation of the president of Abrainc, Luiz França, the impact of the rise in steel on the segment is “enormous due to the magnitude of the popular housing program”. “It is not correct to think that this variation harms one or another company. This is a big mistake, since the CVA (Green and Yellow House program), for example, represents 80% of all homes built in Brazil and, as a result, generates 1.4 million jobs annually.”

The steel sector says that there is an abundant supply of the product in Brazil and that, while in Europe prices rose more than 100% and, in the United States, 70%, in Brazil the high was 40%.

The announcement of the tax reduction brought down steel companies’ shares, with Usiminas, CSN and Gerdau falling 6.78%, 5.82% and 4.36%, respectively.

After the meeting, private sector participants said that Guedes “became sensitized” and asked the team to reassess the issue. According to the executive president of Instituto Aço Brasil, Marco Polo Lopes, what is being discussed in the government is the reduction of the tax only for rebars, from 10.8% to 4% and not all steel-derived products, as was reported.

At the meeting, Guedes said that the government’s “great concern” is the fight against inflation, which, for industry representatives, will not be resolved by reducing the import tax, as steel rebar has little impact on price. of the products. “The market is supplied, Brazil has the cheapest rebar in the world,” said Marco Polo.

The chairman of the Board of Directors of Aço Brasil and vice-president of Gerdau Aços Brasil, Argentina and Uruguay, Marcos Faraco, said that the decision is “innocuous” and only serves segments that want to increase the margin of their business. “Our expectation is that the government reverses the decision,” he said. / COLLABORATED SANDRA MANFRINI 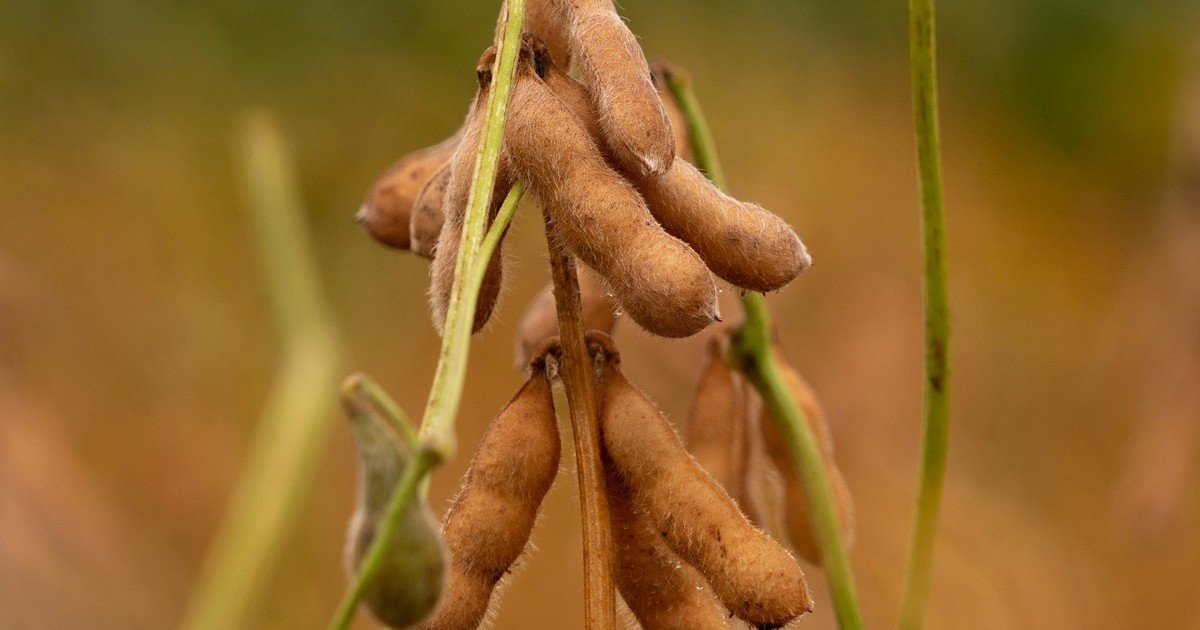 Soybean: Market in Chicago has strong highs and prices in the countryside of BR… 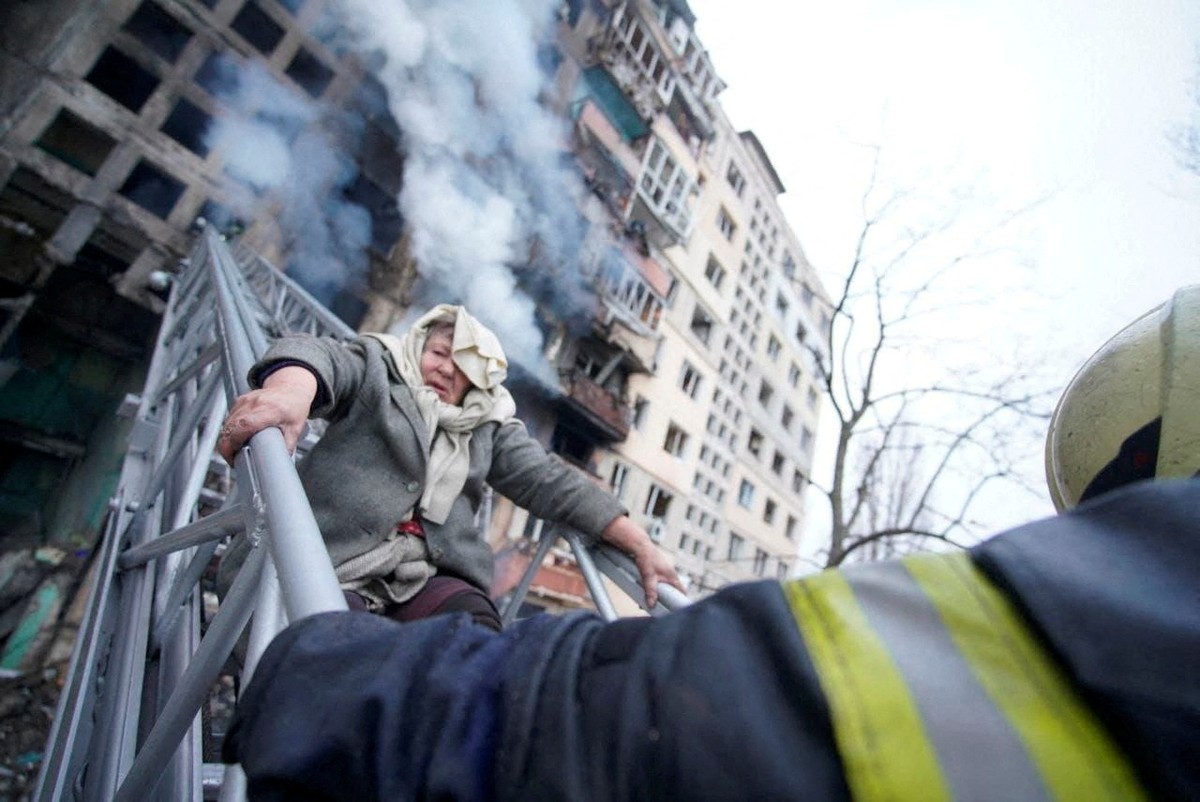 Oil drops 7% on trading in Ukraine and lockdown in China; international scholarships go up | Economy

Toyota announces investment in Brazil to make the new 2024 Corolla