Joseph McKinnon, 60, died of a heart attack while trying to bury the body of his partner, Patricia Ruth Dent, 65, whom he had just killed, in the backyard of their home in Trenton, South Carolina, United States. United. The unusual case was reported by local police on Wednesday (10).

Patricia’s disappearance was reported last Saturday (7), and investigators found her body next to McKinnon’s at the back of the residence. At the scene, the police officers narrate in a press release, paramedics and agents found both already dead. The woman’s remains were inside garbage bags, next to a “freshly dug” hole.

The man’s body, however, showed no signs of violence. The autopsy, performed this week, determined that he died after suffering a heart attack and the victim was strangled. According to the authorities, the two had lived together for some time in a house in the rural area of ​​the municipality.

“Evidence collected at the crime scene, along with witness statements helped investigators construct a timeline of the crime, which led us to the conclusion that McKinnon attacked his partner while still inside the house,” explained City Sheriff Jody Rowland. , and Edgefield County Colonel David Burnett in the statement.

The text also states that the man “put his companion’s body in the garbage bags and threw it in the hole he had dug”. “The crack was partially covered”, they point out. Patricia worked at a golf club in the area and her disappearance was noticed after she forgot documents at the scene. On Saturday, she did not show up for work and suspicions were raised. 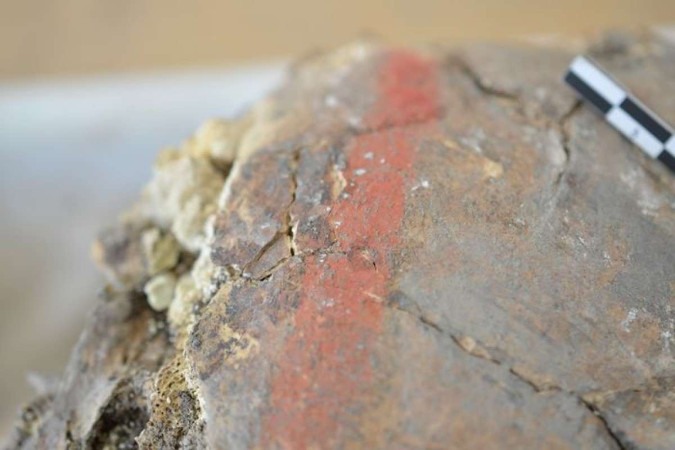 Humans from the Neolithic Period Did Color Rituals at Burials, Research Says