At a time when the country is experiencing successive increases in diesel and gasoline prices, the g1 joined Replan, the largest oil refinery in Brazil, to show how the production of items that have figured as “villains” of inflation in the country in 2022 works.

Gigantic pieces, special clothes, ovens of up to 1,300ºC, pipelines of almost a thousand kilometers, connecting the unit to cities in different regions of the country… to consumers.

Replan is located in Paulínia, a city located 122km from the capital of São Paulo, and produces 20% of the refined oil in Brazil, supplying nine states of the federation. The plant, which celebrates its 50th anniversary this Thursday (12), is Petrobras’ largest in terms of oil processing capacity.

We visited part of the 9.1km² area and listed 16 curiosities about the structure and production. Watch the video below and check out the point by point below.

There are 17 production units in all, the first of which, for distillation, is still in operation today. A new unit will be built, and it foresees the generation of 6 thousand direct and indirect jobs.

2- How long does it take to produce the fuel counting from the extraction of oil?

According to Replan’s general manager, Rogério Daisson, we don’t talk about weeks, but days when it comes to the period required to produce a fuel. On average less than seven days. See the step-by-step process until the oil arrives at Replan:

Access to the replan through which the oil arrives, after being extracted from the basins and pumped through pipelines — Photo: Júlio César Costa/g1

Valves that weigh the same as the chassis of a VW Beetle (about 800 kg) and 30 kg nuts are some of the equipment and parts needed to hold the pressure of the pipes. They are present, for example, in the diesel unit, visited by the g1.

Not all imaging equipment can be used inside the units because of the high temperature; so it is not easy to have images of these two items.

The overalls worn by employees accessing the refinery units – the same ones worn by journalists and other people on visits – is similar to the clothing of Formula 1 drivers. The technology is part of the safety equipment.

The jumpsuit is flame retardant, also similar to the one worn by firefighters. The oil refining process relies on ovens that operate at 1,300ºC. In total, Replan has 150 trained firefighters.

5- What is that fire that comes out of the towers?

It is part of the process of burning some gases left over from the oil refining process. The flame stays lit when this stage of the distillation arrives and should not be a cause for concern. If it’s off or too intense, then yes, it could pose a problem.

The refinery plant has, yes, 3,300 people who work in different sectors, 24 hours a day. But when you walk around the units, you don’t see that many people. The reason is the automation of the units.

The operation is done through computers and sensors installed in the equipment that control situations such as leaks, for example. In many cases, you don’t even have to be at the problem location to solve it.

To give you an idea, even the painting of towers is automated, done using drones.

Diesel is the main product that leaves Replan for the distributors, but the refinery also produces gasoline, aviation kerosene (QAV), liquefied petroleum gas (LPG – cooking gas), fuel oils, asphalts, sulfur (part goes to the cosmetics industry), propylene (used in the manufacture of plastics) and other derivatives that are even used in the production of tires.

Petroleum products that are produced at Replan, in Paulínia — Photo: Clausio Tavoloni/EPTV

9- 1 day of production yields how many full tanks of gasoline?

Replan’s daily production is 19.5 million liters of gasoline. This volume is enough to supply 387 thousand cars with a 50-liter tank per day.

Gasoline and aviation kerosene are some of the oil products produced at Replan, in Paulínia — Photo: Cláusio Tavoloni/EPTV

10- And how many gas cylinders yield per day with production?

An explosion followed by a fire in one of the refinery units caused an earthquake, felt in other districts of Paulínia. It was on August 20, 2018. At the time, no one was injured and production came to an emergency stop.

A year earlier, in November 2017, a failure in the boiler area caused a lot of smoke to come out of Replan. The problem mobilized the Fire Department and there were no reports of injuries.

12- How is the maintenance of the units? Production stops?

It doesn’t stop completely. Replan has two production lines, which are the “production trains”. Duplicate units allow the process of large amounts of oil to continue even with one of the areas down for maintenance.

13- How do the fuels produced leave Replan?

Half of the production is delivered to the states supplied by the refinery through pipelines. To give you an idea, one of them – which reaches Brasília – is 964 km long. Inside the refinery, it is even possible to see the pipelines as “veins” between the units.

Replan is connected to the terminals of São Sebastião, Guararema, Barueri, the one of the Distribuidoras of Pool Paulínia and the one of Petrobras Distribuidora and Liquigás Base for LPG.

The other part of the production is shipped by land, by highways, and also by ships, which leave the Port of Santos.

14- From SP to the North of Brazil

According to Replan’s general management, 55% of the total volume produced is destined for cities in the interior of the state of São Paulo.

Replan’s production is equivalent to 30% of all refined oil in Brazil.

15- Is the price of fuel in Paulínia lower?

The oil refining process delivers the products that leave Replan at a price set by Petrobras, but costs vary due to distribution logistics and distance from cities.

As Replan is located in Paulínia, the price of gasoline for drivers at the pump, for example, also tends to be lower than in other more distant cities in the state of São Paulo.

Earlier this month, cities in the Campinas region charged R$ 6,957 per liter, in the case of Amparo, while Paulínia sold at the gas stations at R$ 6,798.

Bearing in mind that the value of fuels sold to distributors is much lower than this, and the market has a free policy of applying prices at gas stations.

16- How long does it take to build a refinery?

Replan was built in exactly 1,000 days, with construction starting in July 1969. This time is still a reference for the construction of petrochemical plants of this type.

Replan refinery at the time of opening — Photo: Patrícia Teixeira/g1 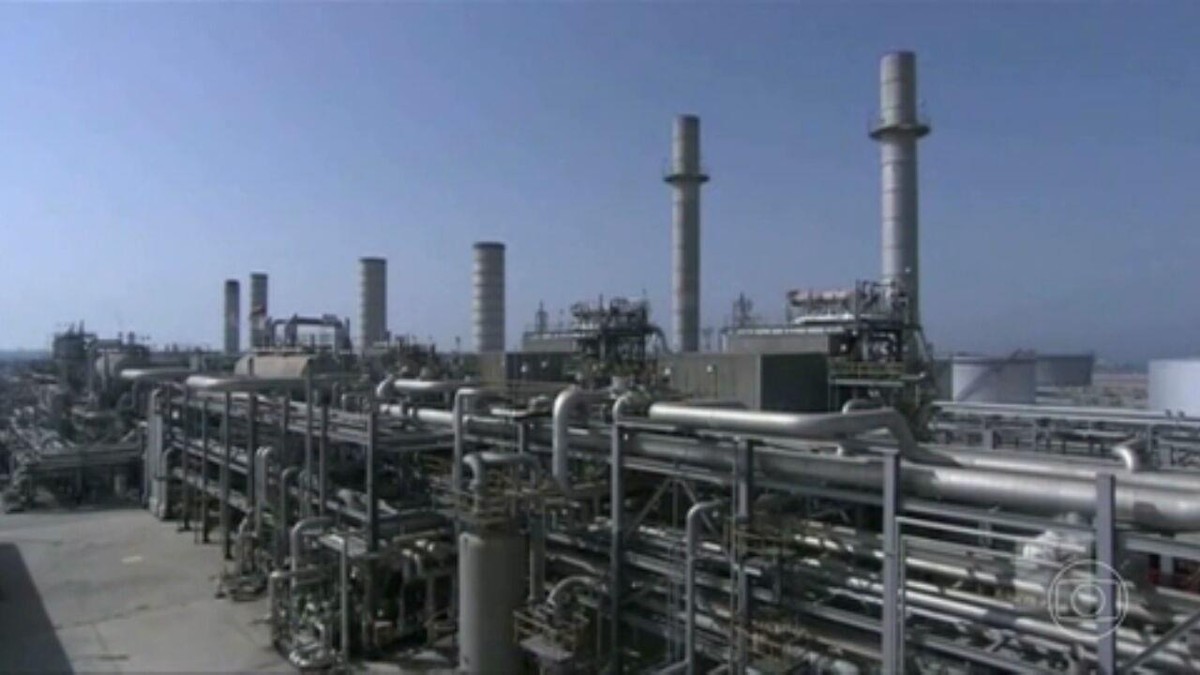 With fuel high, inflation is the highest for March since 1994 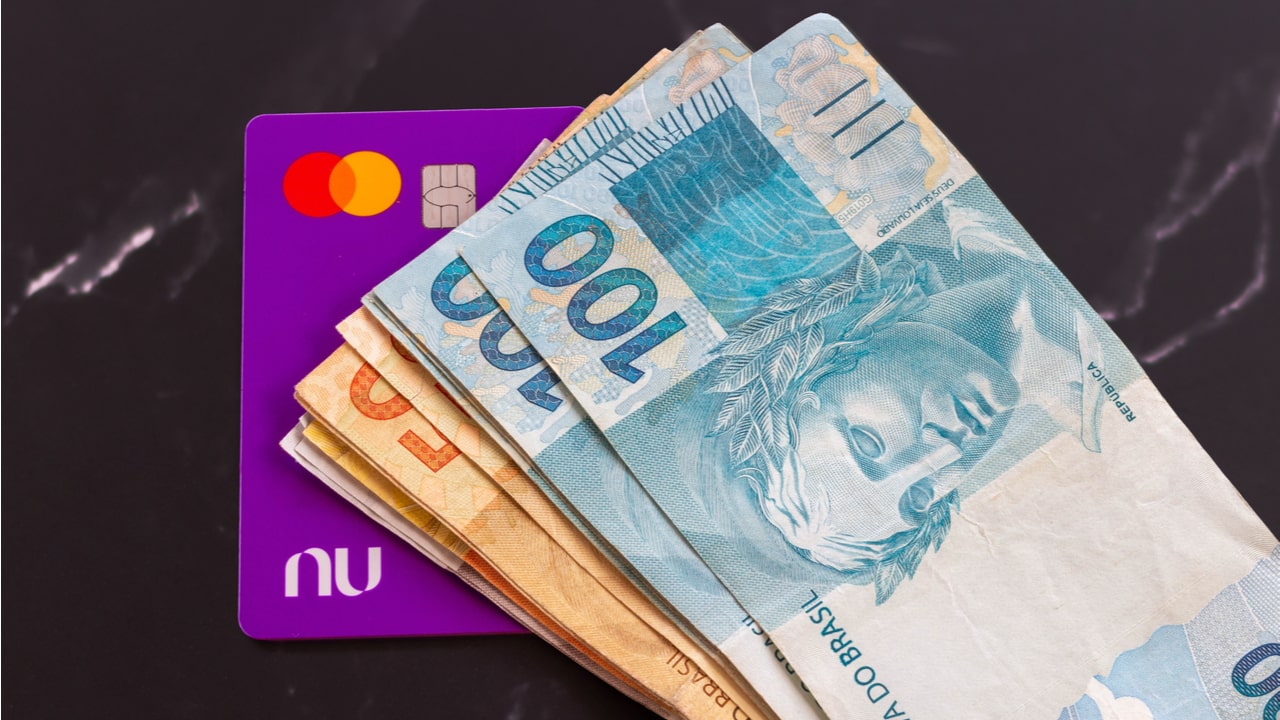 Nubank customers can earn BRL 150 to answer a simple survey