On May 5, the Gulf Clan, also known as Autodefensa Gaitanista de Colombia (AGC) circulated a pamphlet in which it decreed “4 days of armed strike”.

The pamphlet said that it was forbidden to “open business of any kind” and “move by any kind of transport.”

The declaration ended the threat of “unfavorable consequences” for those who did not comply with these measures.

According to the Gulf Clan, the curfew was scheduled to end at midnight last Monday (9).

The stoppage was imposed after Otoniel was extradited to the United States last Wednesday, where he faces a lawsuit in the local court.

Otoniel, in addition to being a powerful drug trafficker and head of the feared Clan del Golfo, is accused of being the author of massacres, expulsions, kidnappings and acts of pedophilia.

This is not the first time that Colombia has faced a curfew ordered by an illegal armed group, but analysts say there are new features in this latest action. 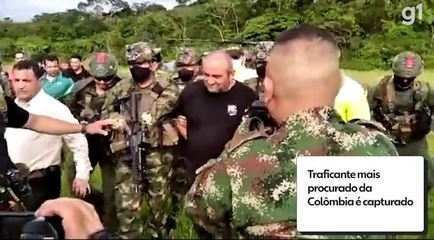 Here are some key points to understand the current situation.

1. What is an armed strike?

In Colombia, “armed strikes” refer to actions by illegal groups, formed by guerrillas, paramilitaries or drug traffickers, with attacks on civilians and the armed forces, in addition to blocking roads, restricting the movement of people and vehicles, threatening that force the closure of commercial establishments and the suspension of classes in colleges and universities.

In this latest action, the Gulf Clan threatened to attack those traveling along the roads of various Departments (States) in the country, including caravans escorted by the army.

Graffiti with reference to the Gulf Clan, also known as the Gaitanista Autodefense of Colombia (AGC) – Photo: Getty Images/Via BBC

However, none of these shutdowns in the past affected so many regions at once, according to the EFE news agency.

As the InSight Crime portal explains, “Armed strike has been a common strategy of armed actors in Colombia as a demonstration of power in response to assassination or the capture of their bosses when facing army operations or on the eve of an election.”

2. How did this new curfew come about?

The Gulf Clan announced the armed strike in retaliation for the extradition to the US of its main leader, Dairo Antonio Úsuga.

According to a report by the National Police of Colombia and the Peace and Reconciliation Foundation, the criminal organization led by Otoniel is present in 211 of the country’s 1,103 municipalities.

Dairo ‘Otoniel’ Usuga, leader of the Clan del Golfo, with Colombian soldiers after being captured in Necocli — Photo: Colombia’s Military Forces/Handout via Reuters

It is estimated that more than 1,000 men act under his leadership, most of them former members of the defunct guerrillas of the Popular Liberation Army (EPL) and the United Self-Defense Forces of Colombia (AUC), a right-wing paramilitary group that ended its activities in 2006. .

Otoniel himself was part of the EPL, and when this guerrilla group demobilized in 1991, he decided to change sides: he joined the AUC, which occupied the Urabá region in northwest Colombia.

3. What is the impact of the new curfew?

On Monday (9) the Special Jurisdiction for Peace (JEP), an organ of Colombian Justice, reported that 11 of the country’s 23 departments, in a total of 178 municipalities, were affected by violent actions.

Several deaths were recorded, although there is disagreement about the numbers.

According to the agency, 24 civilians and two members of the security forces died. 26 roads were blocked, 138 communities were confined and there were 22 attacks on security forces.

180 vehicles were also attacked, most of them incinerated.

Vehicles were set on fire in Colombia after the delivery of the drug dealer known as Otoniel to US justice — Photo: Viviana Vargas, DDHH advocate/via REUTERS

One of the most affected areas is the city of Montería, in the Department of Cordoba, where shops, schools and universities have had to remain closed.

On Saturday, the local ombudsman reported that 162 patients in Cordoba were unable to undergo dialysis treatment.

“The lives of these people are in danger if they do not receive these supplies soon”, warned the ombudsman, Carlos Camargo Assis.

The Montería Transport Terminal reported that on Saturday the number of buses had dropped by more than 90%.

A national championship football game was also canceled in the city. Deportivo Medellín, the visiting team, did not travel for the match because it could not “guarantee the security of the delegation”.

In the Department of Antioquia, where Medellín is located, the second largest city in the country, there was a lack of gas supply in several municipalities, affecting 77,000 people.

Other departments that appear among those most affected by the violent actions are Sucre, Bolívar, La Guajira, Atlântico and Chocó.

The executive president of the Colombian Federation of Road Cargo Carriers (Colfecar), Nidia Hernández, reported that the curfew generated losses equivalent to US$ 3.2 million (R$ 16.4 million).

According to the Ministry of Defense, last Monday, 93 municipalities registered a commercial opening of less than 50%.

4. What makes this curfew different

When Otoniel was captured in October 2021, Colombian President Iván Duque claimed that this coup marked “the end of the Gulf Clan”.

With this curfew, however, the group has shown that it still has the capacity to cause trouble.

This stoppage is the biggest for the Gulf Clan in the last six years, according to the portal La Silla Vacía.

The man known as Otoniel after being captured by the police, on October 24, 2021 – Photo: Police of the Commbia/Via AFP

“The curfew shows that the Gulf Clan has the criminal power to cripple entire departments,” reads an analysis by the portal.

“We have already seen that when a capo [chefe] is captured, a ‘pistol plan’ is launched: police are killed, stations are attacked. But this attack was against the civilian population more broadly,” Guzmán told BBC News Mundo, the BBC’s Spanish-language service.

“We saw this with the ELN, but not necessarily with the Gaitanistas Self-Defense Forces.”

“It is worrying that an illegal armed group has the capacity and the intention to carry out an armed action of this magnitude. This requires a very sophisticated political and military infrastructure.”

Laura Ardila, a journalist for La Silla Vacía, described this curfew as “unprecedented”.

“This stoppage is unprecedented because the AGC arrives for the first time in areas that have recovered from violence or where acts of violence have not occurred for many years,” Ardila told the BBC.

“They demonstrated a capacity for expansion in the control and exercise of fear.”

“They are dangerously approaching urban centers. It is significant that in a city of economic importance like Montería, business has closed. It is a city well connected to the national infrastructure.”

5. How the government reacted (and why it was criticized)

On Monday, the Ministry of Defense released an assessment of the actions of the public force to face the consequences of the armed strike.

The ministry mentions that “180 members of the Gulf Clan were captured, neutralized and brought to justice”.

It also reported that it mobilized 19,729 military personnel and carried out overflights, incursions, patrols, police escorts and food delivery.

On Sunday, President Duque offered a reward equivalent to US$1.2 million (R$6.1 million) to anyone who provides information leading to the capture of other members of the Gulf Clan.

“Let it be clear: either they surrender or they will end up like Otoniel,” warned the president.

“We will continue to permanently break the entire Gulf Clan chain.”

Some sectors, however, expressed their criticism of the government’s reaction.

“It’s very easy to be brave at Casa de Nariño [sede governo colombiano] with 300 police and protection escorts, but it’s time to visit the regions where we are suffering, starving and there is no way to evacuate the wounded and sick”, said on Saturday the mayor of Frontino (Antioquia), Jorge Hugo Elejalde, in registered statements. by EFE.

In an interview with W Radio on Monday, the governor of Antioquia, Aníbal Gaviria, said that “the territorial control of the Colombian state for four or five decades is full of gaps, with shortcomings, and this situation gave strength to the stoppage.”

For its part, La Silla Vacía’s analysis maintains that, despite Otoniel’s extradition, Duque’s Colombia “remains incapable of guaranteeing basic security measures, such as free movement in vast areas of the country.”

Analyst Sergio Guzmán says the government’s reaction was not timely.

“I see that the authorities did not react with the full weight of the law and the expected speed”, says the analyst.

“President Duque’s government left in the midst of the strike for the inauguration of the president of Costa Rica and did not appear in Montería.”

“Not to mention the military forces that, with the strike decreed on Thursday, only mobilized on Sunday. This is worrying because they seem not to give the weight it deserves to an action that has paralyzed, threatened or besieged a large part of the country’s population.”

According to Guzmán, the curfew is a sign that the security situation in the country is “eroding” and that the government is losing its monopoly on the use of force.

“That the government does not take this as a serious threat to the existence of the nation seems to be underestimating the threat it poses”, concludes the analyst. 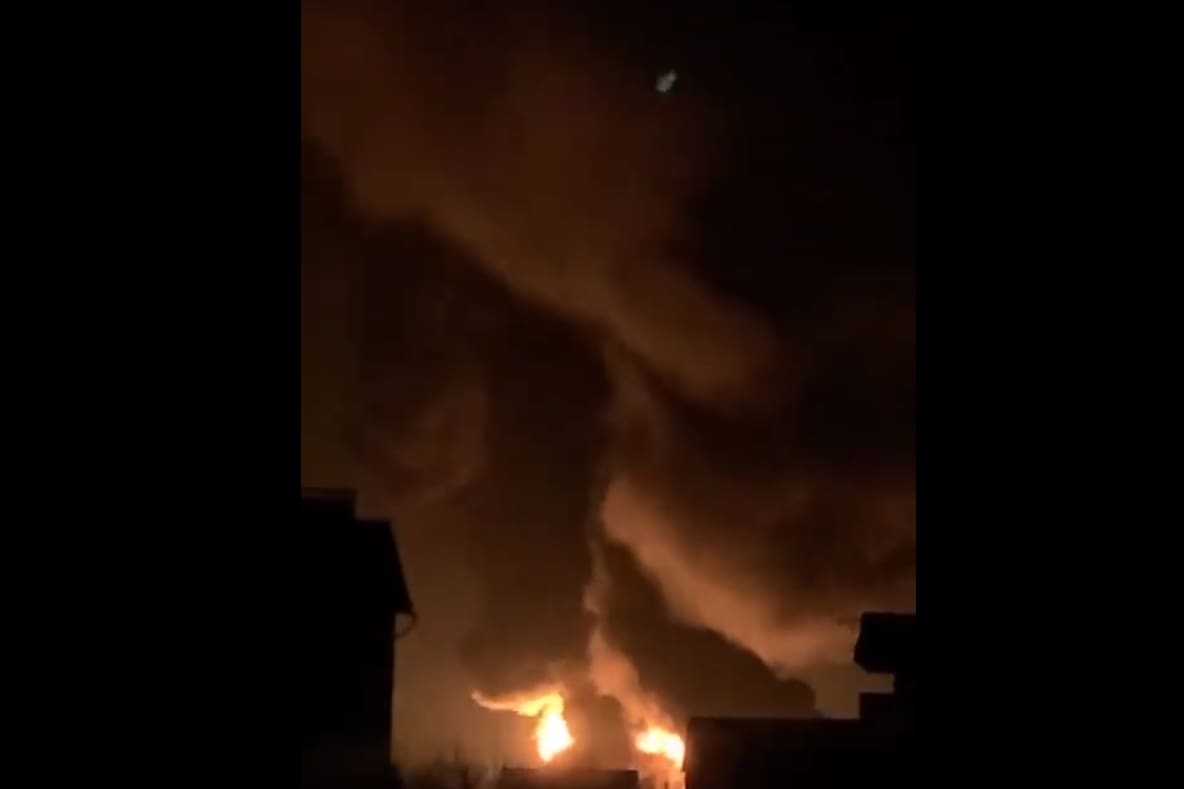 Russia bombs infrastructure near Kiev and across Ukraine; watch videos 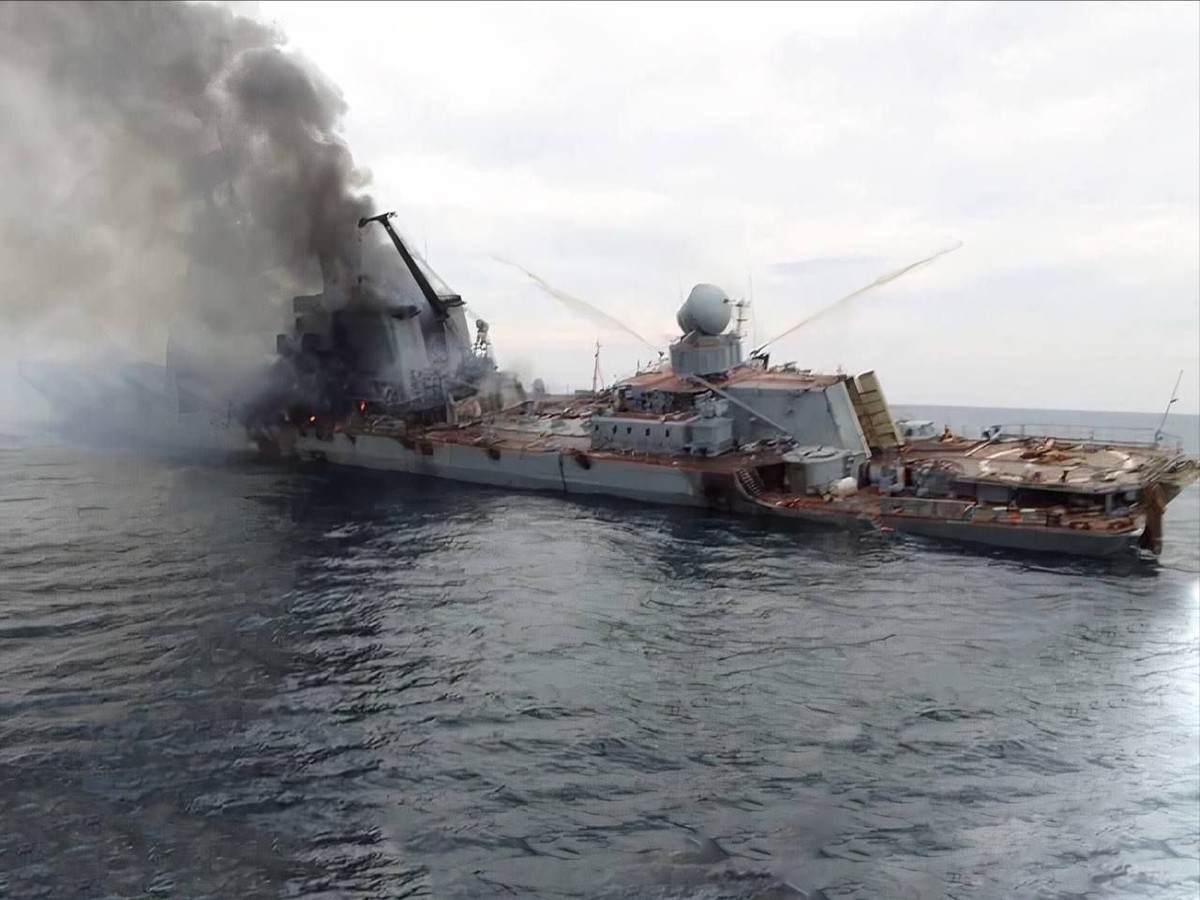 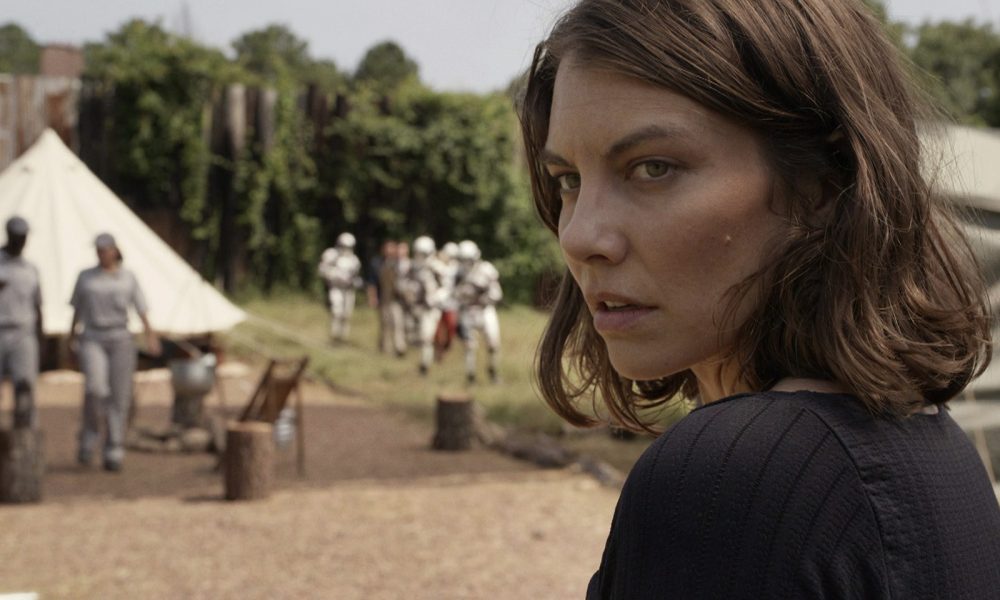