Known for protesting against Putin and being arrested for doing so, activists from the group will perform concerts across Europe to raise funds for Ukraine. For the collective’s co-founder, the Russian regime needs the war to survive. The artist collective Pussy Riot wants to provoke and protest against the Russian political system. His trademark: colored balaclavas. Your enemy: Vladimir Putin.

“There is no prospect for Russia with Putin, this crazy man who could start a nuclear war at the push of a button,” says the band’s co-founder Maria Alyokhina, in an interview with DW. “He must be arrested immediately and brought to trial.”

Putin needs a permanent war, he adds: “The regime does not want peace. People must be permanently occupied with survival. The State needs war, it has built everything on it, it cannot live without it.”

She doesn’t want to believe the statistics that show that 80% of Russians support the war. She is convinced that “people are not telling the truth, as we have a law that forbids calling this war a war.”

Maria Alyokhina has recently managed to flee Russia. She described the circumstances of her escape to the New York Times newspaper. Placed under house arrest by Russian authorities, she escaped with the help of a trick: disguised as a food delivery worker. A friend then took her to the European Union border in Belarus. But there her passport was confiscated, as she was on Russia’s wanted list.

Maria Alyokhina is not afraid of Russian leadership. “How could I be afraid of them? They look like a huge demon, but inside they are very disorganized, corrupt and stupid.” According to the Pussy Riot activist, it was only after a few days that the authorities noticed that she had left the country.

Thanks to Icelandic performance artist and friend Ragnar Kjartansson, she got documents and was able to enter Lithuania. In the capital, Vilnius, several members of Pussy Riot got together and started rehearsing for a European tour, which starts in Berlin this Thursday (12/05).

“Pussy Riot is in different places, in Russia and abroad,” says Maria Alyokhina. “I can’t say how many members we have.” It is not an association. If you do Pussy Riot activism, you belong in Pussy Riot. If you want to do something with Pussy Riot, do it!”

Activists express solidarity with Ukraine. Only in February, they auctioned NFTs of a photo of the blue and yellow flag of the country invaded by Russia. The sale of the virtual shares raised $3 million in the first 24 hours, which Pussy Riot donated to Come Back Alive, a non-governmental organization that helps Ukrainian soldiers with technical equipment such as night vision devices and thermal imaging cameras. Proceeds from the group’s tour shows are also expected to go to Ukraine.

Founded in 2011, Pussy Riot initially fought for the rights of women and the gay community with guerrilla punk rock performances on the subway or in front of the Kremlin, protesting all forms of oppression.

In early 2012, members of the collective denounced the Russian Orthodox Church’s close ties with Kremlin leader Vladimir Putin at the Cathedral of Christ the Savior in Moscow. The Kremlin’s reaction was not long in coming: despite international protests, Maria Alyokhina and Nadezhda Tolokonnikova, the public faces of the group, were sentenced to two years in a penal camp in Siberia for “hooliganism out of religious hatred”.

However, they were not silenced: with hunger strikes, they protested against ill-treatment and harassment in prison, and wrote letters describing the inhumane conditions to which they were subjected.

Released due to an amnesty at the end of 2013, they declared that they would go on to defend the rights of prisoners in the country. They called for solidarity with prisoners punished for putting up resistance against the Putin regime. Both also founded Mediazona, a media project that critically focuses on Russia’s criminal and judicial system, and the NGO Zona de Justiça, which organizes legal aid for prisoners.

Abroad, their actions bring them much recognition: they perform from London to Berlin, from Madrid to New York – and even in the European Parliament, where Nadezhda Tolokonnikova and Maria Alyokhina demanded sanctions against Moscow in 2014. But in their own country , they are hardly noticed, except by Putin’s agents.

In 2014, when they received the Hannah Arendt Award for their engagement, they spoke to DW about ongoing surveillance, from men watching them and acting suspiciously.

The crackdown on freedom of expression is becoming increasingly extreme in Russia. Most of the time, media attention towards Pussy Riot is low, state channels loyal to the regime are silent about the group or report on their prison sentences.

But the artist collective is changing its form of protest. It’s the little pinpricks that repeatedly land members of Pussy Riot in prison. Now men are also part of the group.

Maria Alyokhina was sitting in a French bistro after a concert when four activists ran across the lawn in the second half of the 2018 World Cup final in Moscow. They were arrested while still in the stadium. On its official Facebook page, Pussy Riot distanced itself from the act and demanded that the Russian government release the political prisoners. And it published a song about a “friendly cop”: it’s a “utopian dream of an alternative political reality”, the group wrote.

On Putin’s birthday on October 7, 2020, members of the group raised rainbow flags over government buildings in Moscow.

In mid-2021, just before Russia’s Duma elections, several Pussy Riot members fled to neighboring Georgia because of escalating reprisals. Those who stayed in the country were placed under house arrest, sentenced to fines or imprisonment, and declared a foreign agent.

Maria Alyokhina has been under house arrest several times. His calls for demonstrations on behalf of imprisoned oppositionist Alexei Navalny in September 2021 earned him a year of massive restriction of freedom. Now, she has also left Russia. Her fighting partner Nadezhda Tolokonnikova lives in the United States.

Despite mounting pressure, the collective wants to continue to rebel against Putin’s Russia. The Riot Days project, with which the collective is now touring, is based on the eponymous book by Maria Alyokhina. In it, she talks about her experiences with Pussy Riot, life in a prison camp, and the never-ending struggle against oppression. Electronic sounds, rap and live music tell an impressive story of resistance, repression and revolution at a crossroads of concerts, demonstrations and theatre. One thing is more than clear: Pussy Riot loves their homeland. But in the eyes of many Russians, they are traitors. 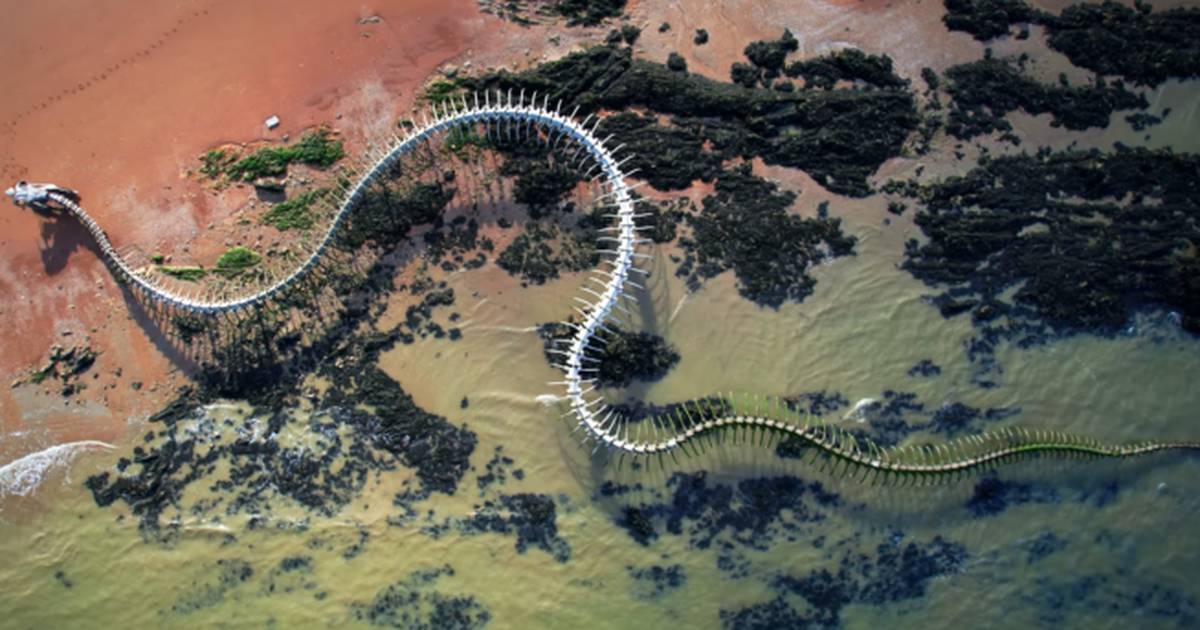 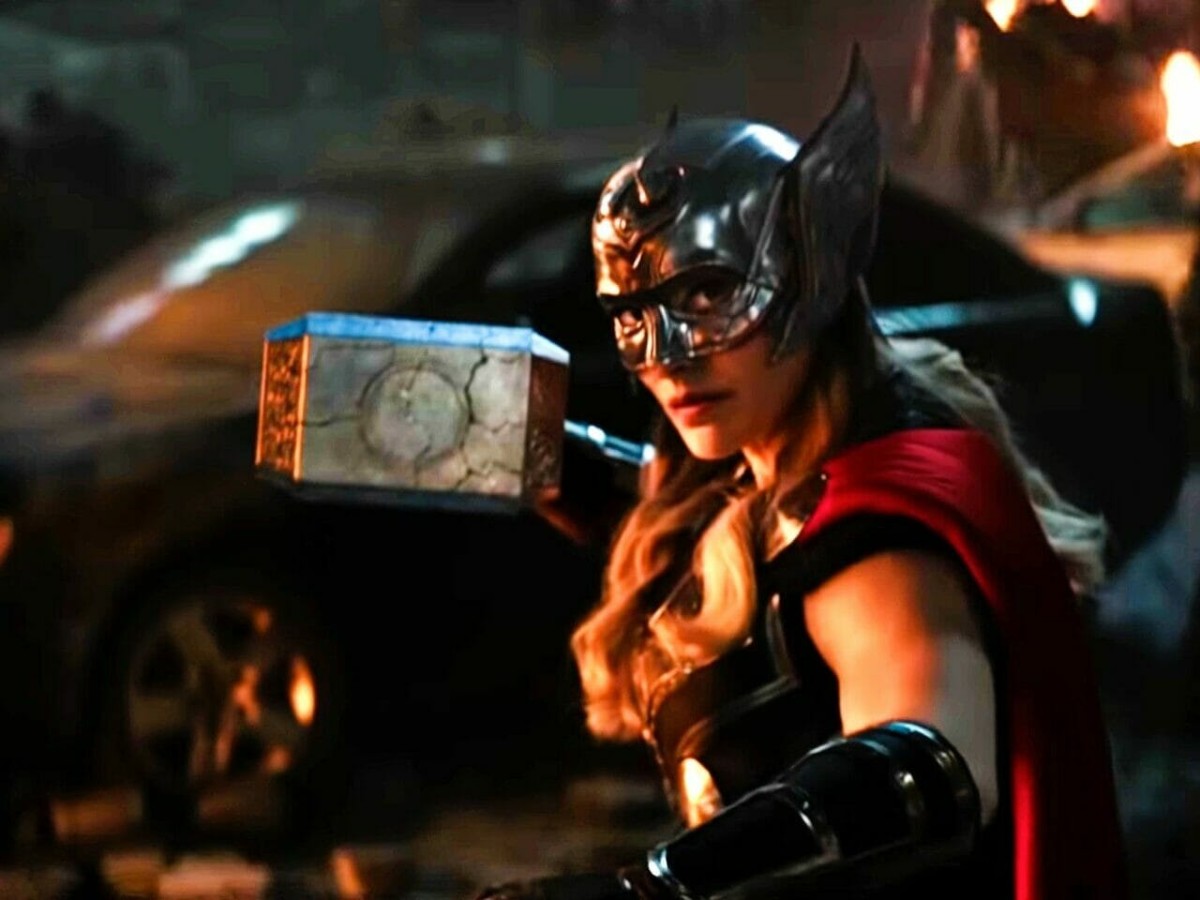 Natalie Portman reveals how she got muscular for Thor 4