An international consortium of scientists released this Thursday (12) the first photo of a black hole located at the center of our galaxy, the Milky Way (see image below).

the image of Sagittarius A*a supermassive black hole about 26,000 light-years from Earth, is yet another important milestone for science spearheaded by the Event Horizon Telescopea network that brings together 11 radio telescopes around the world.

Image from the Event Horizon Telescope shows for the first time Sagittarius A*, a supermassive black hole more than 26,000 light-years from Earth. — Photo: EHT

“We were surprised to see how the size of the ring we observed is so in line with the predictions of Einstein’s General Theory of Relativity,” said EHT Project Scientist Geoffrey Bower of the Academy of Astronomy and Astrophysics Institute in Taipei. .

“These unprecedented observations have greatly increased our knowledge of what is happening right at the center of our Galaxy and give us new insights into how these giant black holes interact with their surroundings.”

The EHT team’s results are being published today in the scientific journal The Astrophysical Journal Letters.

The group of more than 350 researchers presented the discovery at press conferences held simultaneously in the United States, Chile, Germany, Mexico, Japan, China and Taiwan.

Event Horizon’s observatories, which are located in 8 different locations on Earth, are jointly operated.

‘Astronomy unites and shows that we can work together’, said Portuguese astronomer Hugo Messias, from the ALMA Observatory, when answering a question from the g1 at the virtual press conference.

This feature is essential for the project to work, as its radio telescopes, which are installed in places from Hawaii to Antarctica, when operated simultaneously, increase the field of view of the set and, consequently, the resolution of the captured images.

ALMA, a 66-antenna radio observatory located in Chile’s Atacama Desert, is part of the Event Horizon. — Photo: A. Marinkovic/X-Cam/ALMA (ESO/NAOJ/NRAO)

In 2019, with this same kind of radio telescope that simulates the size of the Earth, we were able to witness a chapter in the history of science being made, when the project’s astronomers released the first image of a black hole ever recorded, the Pōwehi, located in the center. of the Messier 87 galaxy. (See image below)

With the release of the image, we were also able to confirm scientists’ predictions about black holes and their properties.

According to the researchers, this result was more difficult to obtain than that of M87*, despite Sgr A* being much closer to us. That’s because researchers had to develop sophisticated new tools to explain the movement of gas around the black hole at the center of the Milky Way, while M87* was an “easier and more stable target, with almost all images looking the same”.

“[É] a bit like trying to take a clear picture of a dog chasing its tail at full speed,” said Chi-kwan Chan, an EHT scientist at the Steward Observatory and the University of Arizona’s Department of Astronomy and Scientific Data Institute. 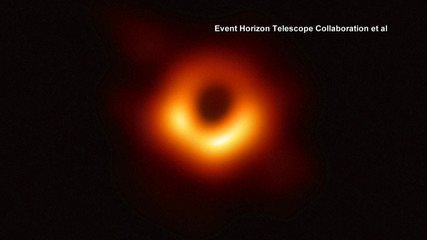 Astronomers present the first image of a black hole ever recorded

But that wasn’t the only photo released by the project since then. In 2021, EHT astronomers revealed a new view of the same black hole at the center of Messier 87, showing a sharp image of its magnetic field.

Jets of light escaping the black hole at the center of the galaxy M87 — Photo: EHT COLLABORATION

What is a black hole?

A black hole is a kind of cosmic abyss that attracts everything that approaches it -within a certain distance- to it.

Not even light escapes being attracted to these objects. This is why black holes are, in fact, black.

And this happens because the gravitational attraction of these bodies is extremely strong.

(VIDEO: What does a black hole sound like? Nasa released ‘sonification’ with real sound waves from one.) 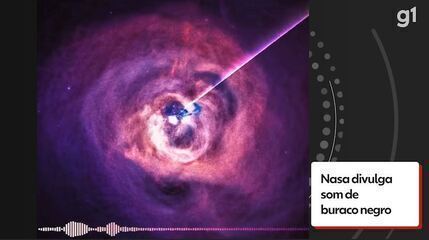 What are the types of black holes?

Stellar black holes are the smallest. They are formed when a massive star dies, in an explosion called a supernova. A massive star usually has a mass (the amount of matter in an object) between 10 and 100 times that of the Sun.

Location of the telescopes that make up the EHT network. — Photo: ESO/M. Kornmesser

The intermediate ones – between 100 and 100 thousand times the mass of the Sun – are not very common. They are so difficult to find that some scientists question whether they even exist. But last year, a group of researchers presented a paper on the discovery of one of them.

Finally, supermassives inhabit the centers of most galaxies in the Universe, and usually emerge after the formation of their galaxies, swallowing everything in their path. As their name suggests, they are one of the heaviest objects in space, with masses ranging from millions to billions of solar masses.

What’s inside the black hole?

This is one of the great mysteries of science. In the words of scientist Andrea Gehz – who investigates black holes and was one of the 2020 Nobel Prize winners in Physics for her work – nobody knows.

“We have no idea what’s inside the black hole – they’re the collapse of understanding the laws of physics,” Gehz said.

Astrophysicist Jakob van den Eijnden explains that many things remain unknown when it comes to black holes. An active field of study, for example, is one that investigates what happens to a material when it falls into a black hole: what it looks like, what its properties are, and why some of this material is thrown into space in the form of jets.

“In fact, these processes that happen close to the event horizon are difficult to observe and, therefore, poorly understood”, observes the researcher.

What is Sagittarius A* and where is it?

Sgr A* is a supermassive black hole, 4 million times more massive than the Sun. It also has a diameter about 18 times that of our star. (see infographic above).

Its discovery was revealed to the scientific community by astronomers Bruce Balick and Robert L. Brown in the 1970s, initially as a bright radio source at the center of the Milky Way.

(VIDEO: Fantastic explains how the first image of a black hole was made in 2019.) 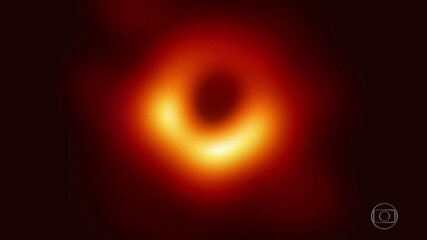 Understand how the first image of a black hole was made 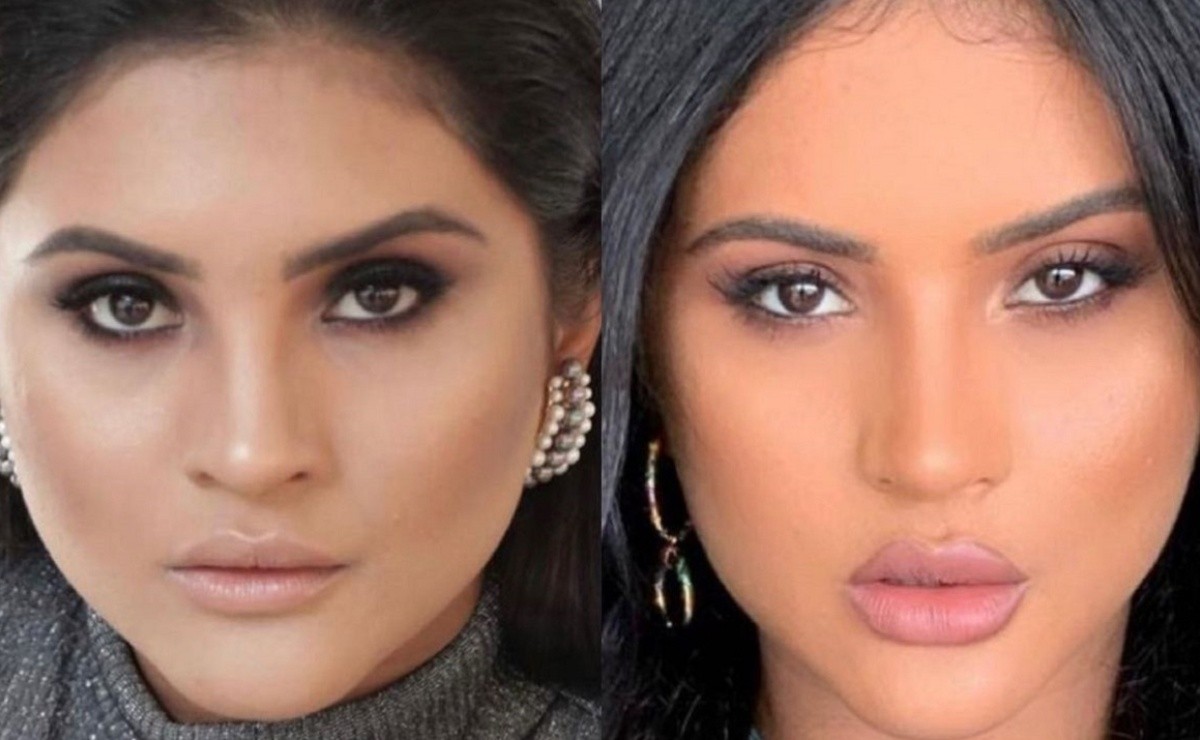 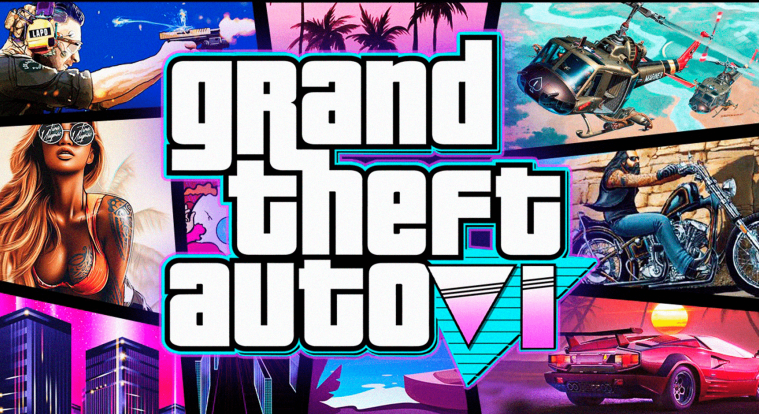 GTA 6: Actors who will be main characters in the game may have been revealed