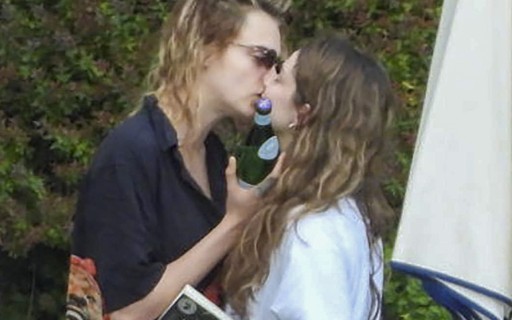 Cara Delevingne exchanges kisses with singer in Portofino, Italy – Who

Cara Delevingne was seen giving a passionate kiss to singer Minke this Tuesday (7). The two were enjoying their vacation in Portofino, in northern Italy, a new favorite destination for international celebrities.

The 29-year-old model and actress was seen sharing an intimate moment with the 31-year-old singer as they relaxed during the sunny day.

Cara, who once identified as bisexual and gender fluid, wore a black shirt with a distinctive print of reggae icon Bob Marley emblazoned across the chest as she leaned in to kiss the singer.

The day before, the pair were seen enjoying a day in Venice, trying to capture another public display of affection with a selfie. On the occasion, the two posed together.

Currently Cara is getting ready to play a protagonist and love partner of Selena Gomez in the second season of the series Only Murders in the Building, which premieres on June 28 on Hulu.

In the plot, the actress plays Alice, an owner of a sophisticated art gallery that “puts Mabel Mora (Gomez) getting in touch with a side of herself that she’s been neglecting a little bit.”

“Selena is a very special friend and it was so much fun working with her for the first time. Well, actually, second time around. She actually hired me when I had just become a model, and she designed a clothing line. We’ve known each other for a long time. And, of course, working with Steve Martin and Martin Short it’s like a comedy class. I feel so lucky to have the opportunity,” she told the magazine. she in mid-February.