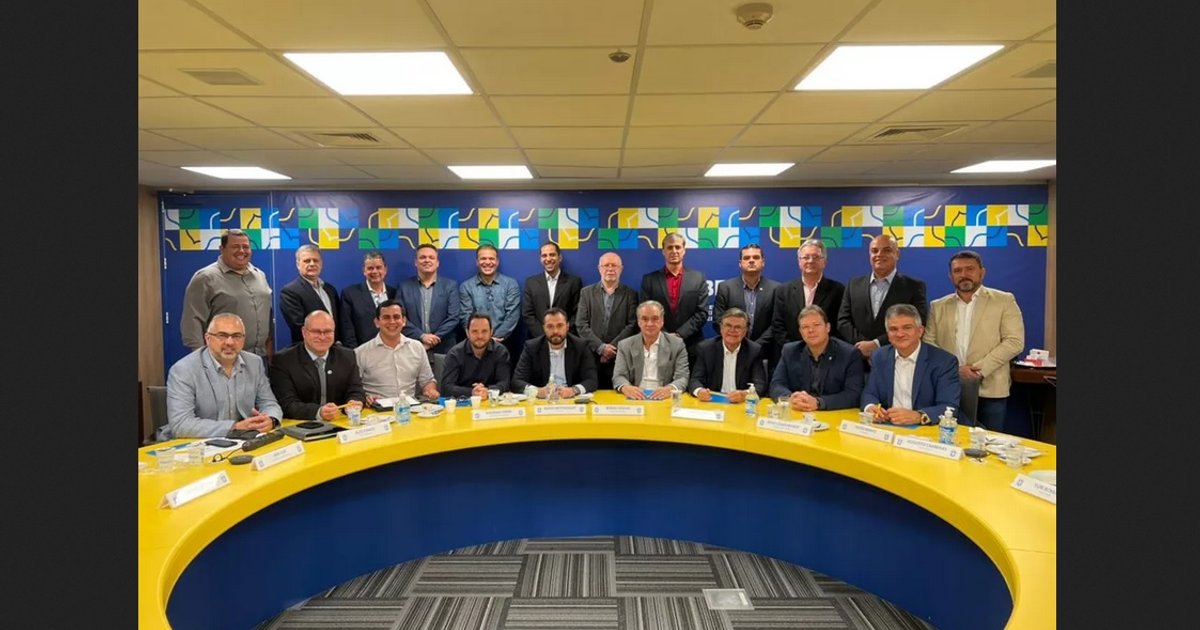 The much-promised league of clubs, which by the speeches of the top hats three months ago seemed like it would finally get off the ground, has become distant again. This Wednesday, directors of 25 clubs that oppose the proposal presented by the Brazilian Football League (Libra) decided to create a new group, which makes the rift between them even more evident.

The group of 25 met at the headquarters of CBF in the morning, in a meeting that lasted until the beginning of the afternoon. “There was no goodwill on the other side (Libra). In fact, today with the Mandate Law, no one is more than anyone else. If Flamengo is what it is, the great club it is, the biggest in Brazil, but it doesn’t play alone”, said Adson Batista, president of Atlético-GO, at the end of the meeting.

“We want to be a block that thinks about Brazilian football in a rational, not radical way, thinking mainly about a good product, in a great future league”, maintained the manager, who was one of the first to leave. “You have to have flexibility on all sides. If it’s radical, it will stay the same. Our group wants to have discussion power, negotiation power.”

The new group does not yet have a defined name, but, like Libra, it will be formalized and will also have its own statute. There are a number of points of difference between the two groups, but the main one involves the usual reason: revenue sharing. While Libra proposes a division in which 40% is done equally, 30% for performance and another 30% for audience and engagement – without very clear criteria on this -, the opposite group demands different values, with a division of 45 %, 25% and 30%, respectively.

Among the other 27 that make up the two main divisions of the Brazilian, Bahia and Grêmio are the only ones that did not position themselves favorably to either side.

New group outside of Libra:

Previous For your Galaxy?! Samsung details 70 vulnerabilities fixed by the June 2022 patch
Next Sportv’s bet on the Rome World Cup – Web Vôlei