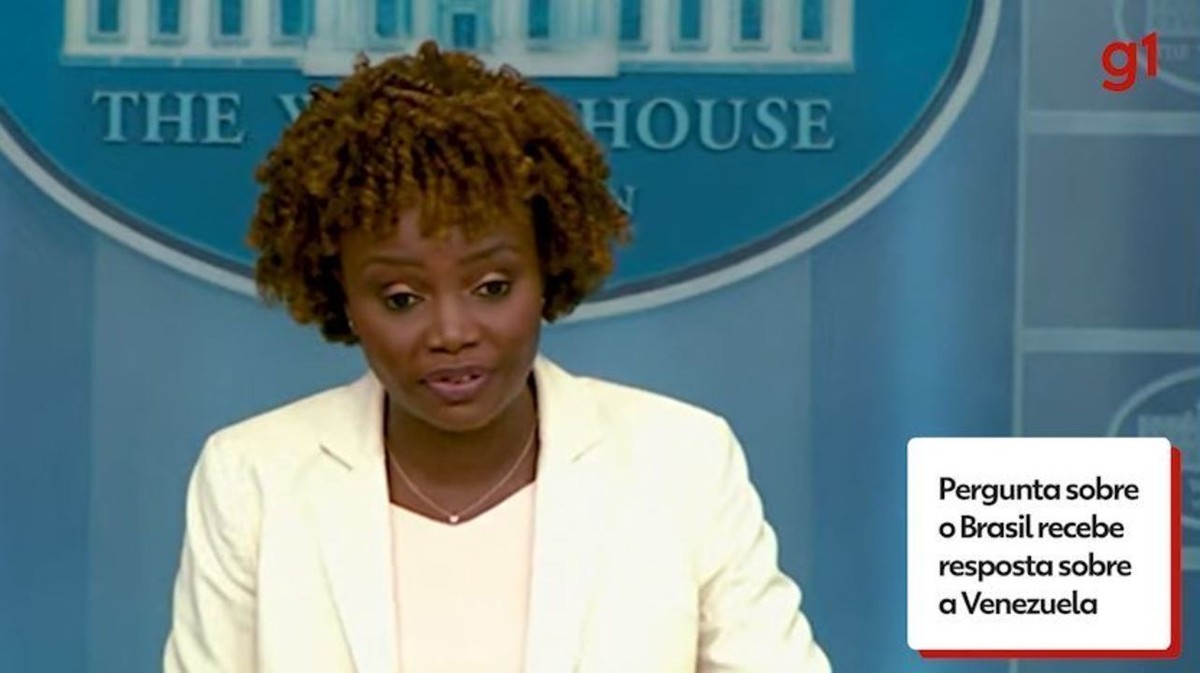 During an interview at the White House, a question about Brazil is answered with political themes from Venezuela | World

A question about the first face-to-face meeting between Jair Bolsonaro and Joe Biden, which is scheduled to take place during the Summit of the Americas on Thursday (9), was answered in an unusual way by White House spokeswoman Karine Jean-Pierre. .

On Tuesday, when Karine Jean-Pierre was answering reporters’ questions, one of them wanted to know if the Brazilian government had made demands to accept the meeting between Joe Biden and Bolsonaro.

According to the wording of the question, the Brazilian government would have demanded to leave two topics out of the conversation between the two presidents: the fomentation of unfounded uncertainties, on the part of Bolsonaro, about the Brazilian electoral system and the Amazon.

In the reply, Karine said that she could not confirm this and then started talking about Venezuela.

She mentioned the fact that Venezuela was not invited to the event, and said that the US recognizes Juan Guaidó, the opposition leader, as the Venezuelan president.

A reporter asked the following question: “The president (Joe Biden) is going to meet with President Bolsonaro of Brazil. The Associated Press (news agency) published a text that states that the Brazilian government and Bolsonaro wanted a concession from the president (Biden) for this meeting during the Summit of the Americas, which the theme of doubts that Bolsonaro sows about the election system and concerns in the Amazon would not be a topic of conversation. Can you confirm these reports?”

The spokeswoman then replied: “I cannot confirm these reports. The president (Biden) is happy to travel tomorrow to lead the summit we are hosting. I can say this: the US continue to recognize Juan Guaidó as the interim president of the Venezuela. That said, although the interim government (of Venezuela) was not invited to participate in the meeting, they are welcome to participate in all stakeholder forums and other events.”

Previous Movie with Captain America is one of the most anticipated on Netflix; see list
Next Bovespa enters the Metaverse wave and launches new investment