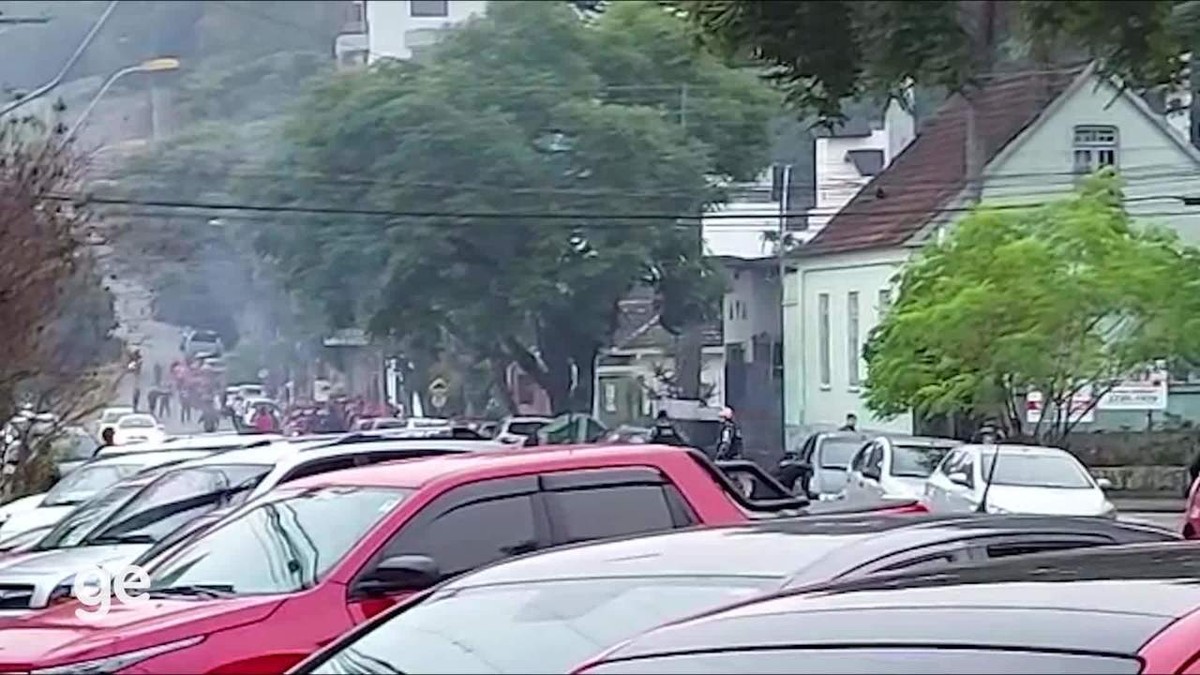 A clash between supporters of Juventude and Athletico left at least two fans injured before the match between the two teams on Wednesday night, in Caxias do Sul, for the 10th round of the Brazilian Championship. Initially, the Military Brigade reported that a fan had died in the clash, but later backtracked and did not confirm the information.

According to the police, the confusion started after fans of Furação tried to enter the stands of the stadium with the gates still closed. They would have run towards the headquarters of the Mancha Verde fans, which is about two blocks from the visitors’ entrance, and a general fight broke out.

Inside Alfredo Jaconi, it was possible to hear a lot of shouting and the noise of bombs. After the arrival of the Shock Battalion, the confrontation was brought under control. But the confusion ended up harming the delegations of both teams, who were late to enter the stadium.

The injured fans were taken to the UPA Central de Caxias and there is no information about their health status. According to the Military Brigade, four people were detained and must sign a detailed statement for bodily harm. Members of Athletico’s organized fans were not allowed to enter the stadium by the police.

ERRATA: when published, this news erred in informing that a person had died in the confrontation. The information came from the Military Brigade, but was not confirmed by the police later.

Youth and Athletico fans fight in the surroundings of the Alfredo Jaconi stadium — Photo: Thiago Ribeiro/RPC