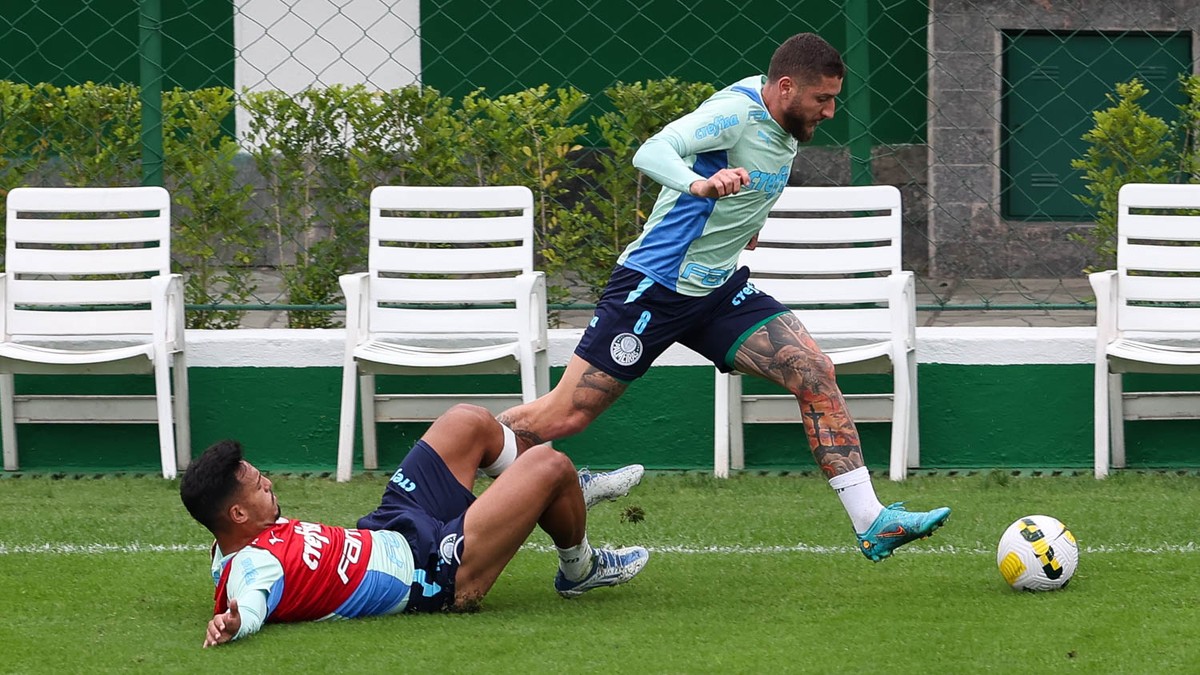 Palmeiras’ coaching staff led a training session late this Wednesday morning, at the Football Academy, without the presence of goalkeeper Weverton and midfielder Danilo.

The pair, who participated in the Brazilian team’s friendlies in South Korea and Japan, are scheduled to re-present on Wednesday afternoon. Zé Rafael, substituted in the second half of the game against Atlético-MG because of a knock to the knee, worked alongside his teammates.

Verdão is getting ready to face Botafogo this Thursday, at 7pm, at Allianz Parque. In addition to the absence of Raphael Veiga, who suffered a muscle injury, Verdão will not be able to count on right-back Mayke, who is still recovering from a right leg injury, and defenders Gustavo Gómez and Benjamín Kuscevic.

Abel Ferreira should lead another activity with the group on Thursday morning. It is normal for the coaching staff to work with the players on the days of the night matches in São Paulo.

Palmeiras is in the vice-leadership of the Brazilian Championship, with 16 points. If they win Botafogo, the Palmeiras team will surpass the score of Corinthians, which was defeated by Cuiabá last Tuesday.