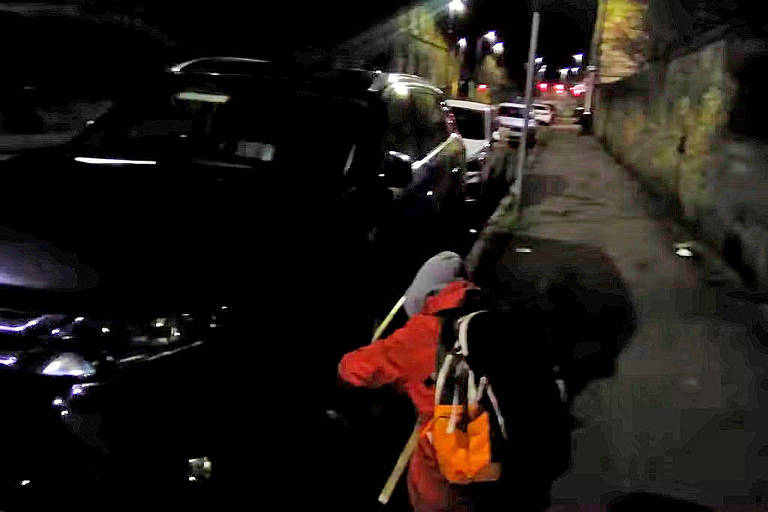 SUVs have come into the crosshairs of climate activists; understand – 06/08/2022 – Market

SUVs are dominating the global automotive market. More than 45% of the cars sold in the world today belong to this category, whose fleet already exceeds 320 million units. Imposing and spacious, the models were popular with consumers, but they were also targeted by another group: climate activists.

Movements against sport utility vehicles are gaining appeal around the world — especially in Europe. Some even bet on vandalism as a way to draw attention to the large carbon footprint of these cars.

The numbers are really impressive. If the world’s SUV fleet were a country, it would rank sixth among the world’s biggest CO2 emitters, behind only China, the United States, India, Russia and Japan — and ahead of Brazil.

According to data from the IEA (International Energy Agency), utilities threw more than 900 million tons of CO2 into the atmosphere in 2021. The value is almost double the Brazilian carbon footprint, which, according to the Global Carbon Project, is in around 467 million tons. The calculation does not consider deforestation and other greenhouse gases.

The explanation for such high emissions lies in the shape of SUVs. In addition to being heavier than a popular car, SUVs have worse aerodynamics due to the size and design of the body, which generates more friction with the air and, consequently, requires more engine power.

IEA estimates indicate that an SUV consumes about 20% more fuel than a mid-size car.

The carbon intensity allied to the exponential growth of the fleet made the utilities become the second main responsible for the growth of emissions in the last decade.

Between 2010 and 2021, the environmental footprint of SUVs worsened by 674 million tons of CO2, surpassing that of trucks, ships, planes and even heavy industries.

Vehicles are second only to the energy sector, which increased its emissions by 1.3 billion tonnes in the same period.

It is in this context that anti-SUV movements arise. One of the ones that has been drawing more attention is the Tire Extinguishers (something like tire exterminators, in English). Since March of this year, the group of climate activists has taken to the streets to deflate SUVs’ tires.

“We estimate that in the UK, Germany, New Zealand, the Netherlands, Sweden, Switzerland, Colorado and Arizona (all the places we’ve hit so far) we’ve emptied a total of 4,000 SUVs,” says Marion Walker, spokeswoman for Tire Extinguishers, in interview to Sheet by email.

According to the group, SUVs and 4×4 vehicles are a disaster for health, public safety and the climate. The objective, therefore, is to make it impossible to own these models in urban areas.

“The planet is on fire, and if the government doesn’t protect us, then sabotaging the polluting machines is legitimate,” says Walker.

According to anthropologist Jason Hickel, some academics argue that sabotaging fossil fuel infrastructure is a legitimate response to a climate crisis that is already causing deep damage. However, he believes it is more interesting to focus on the economic model that drives this problem.

Hickel is one of the main thinkers of degrowth, a movement that preaches economic degrowth as a solution to save the planet from a climate catastrophe.

While he is not in favor of using vandalism against SUVs, he advocates cutting back on industries that he considers ecologically destructive and less necessary, a category that includes utility vehicles.

“SUVs are one of the main drivers of the increase in emissions. But, in fact, the total production of all cars must be reduced”, he says.

Tire Extinguishers says it doesn’t have any operations in Brazil — at least for now. According to Walker, the movement against SUVs is happening all over the world and it is inevitable that it will reach the country as well.

However, although the SUV market is growing rapidly in Brazil, the profile of best-selling vehicles here is different compared to Europe and the United States.

Murilo Briganti, director of Bright Consulting, a consultancy focused on the automotive sector, says that there is an important market difference. “In Brazil, we are talking about a car weighing 1,600 kilos — if we consider the average for SUVs —, while outside the country it is vehicles over 2 tons”, he says.

He mentions Chevrolet’s Tracker and Jeep’s Renegade models, which are among the best sellers in Brazil and weigh around 1.4 ton. Already a Cadillac Escalade, quite common in the USA, exceeds 2.5 tons – almost a popular car of difference.

“When we bring it to our context, [a pegada ambiental dos SUVs] turns out not to be that relevant. Obviously it has a bigger impact than hatchbacks — which are lighter,” he says.

In addition to the difference in the profile of the vehicles, Briganti says that Brazil has the advantage of biofuels. Ethanol, for example, is less carbon intensive than gasoline, considering that part of the CO2 emitted is reabsorbed in the sugarcane plantation.

Electric SUVs may not be a solution

The electrification of utilities is one of the market’s bets to cut carbon emissions. According to the IEA, this process has been growing in recent years and about 55% of electric cars on the market in 2021 were SUVs. However, the vast majority (98%) of the models that are running on the roads today still rely on internal combustion engines.

For anthropologist Jason Hickel, electrifying the fleet is not necessarily the best option. “Electric vehicles are better than fossil fuel cars, but they also have an ecological impact, as a dramatic expansion of these vehicles will require an increase in rare earth mining,” he says.

Furthermore, he says that the growth of the electric vehicle market would increase aggregate energy demand, which makes decarbonization of the energy sector more difficult. “We must move from cars to public transport and bicycles, while making cities easier to navigate,” he says.

In Murilo Briganti’s view, electrification can be a solution to reduce the environmental impact of SUVs, but not always.

“When we’re talking about Europe, where there’s a predominantly dirty electrical matrix, it wouldn’t make much sense to have an electric car, because that energy comes in dirty. “, he says.

“The way we have to mitigate is biofuel, because we already have this matrix, it’s something we can already provide”, he adds.

Previous Marvel and DC: Ben Affleck, Ryan Reynolds and 9 Actors Who Went From Both Universes
Next Review of Xiaomi 12, the new top-of-the-line 5G phone from the Chinese brand