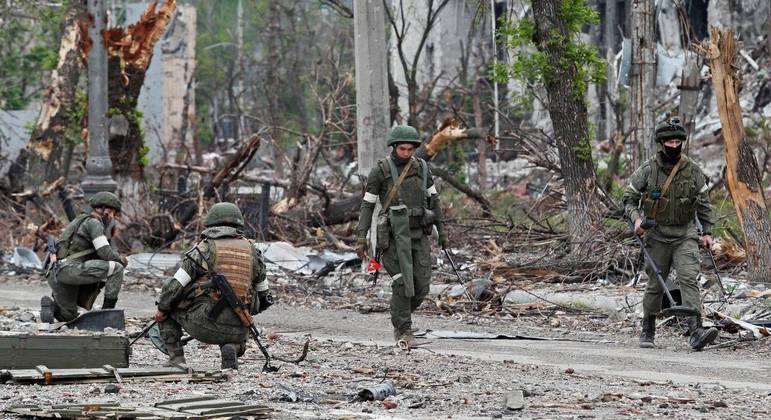 Ukraine announced on Wednesday (8) a new exchange of bodies of Russian and Ukrainian soldiers, including those of some defenders of the Azovstal steelworks in Mariupol.

“There was a new exchange of bodies of soldiers. We were handed over 50 dead heroes”, announced the Ukrainian Reintegration Ministry. “Among them, 37 are from Azovstal,” he added.

The exchange took place on the front lines in the Zaporizhzhia region of southern Ukraine, “under the 50-50 rule,” said the ministry, which last week announced the first exchange of 160 bodies of Ukrainian soldiers for 160 Russians.

The Association of Relatives of Defenders of Azovstal announced this Tuesday (7) that the bodies of their relatives have arrived in Kiev.

“Among the bodies, a third are those of Azovstal’s defenders,” the association said on Telegram, adding that family members were waiting for an identification process to be scheduled.

The last Ukrainian defenders of Mariupol, entrenched in the huge steel factory at Azovstal, surrendered to Russian forces between 16 and 20 May after three months of intense fighting.

About 2,500 Ukrainian fighters are currently being held by the Russians, who intend to try them as war criminals.