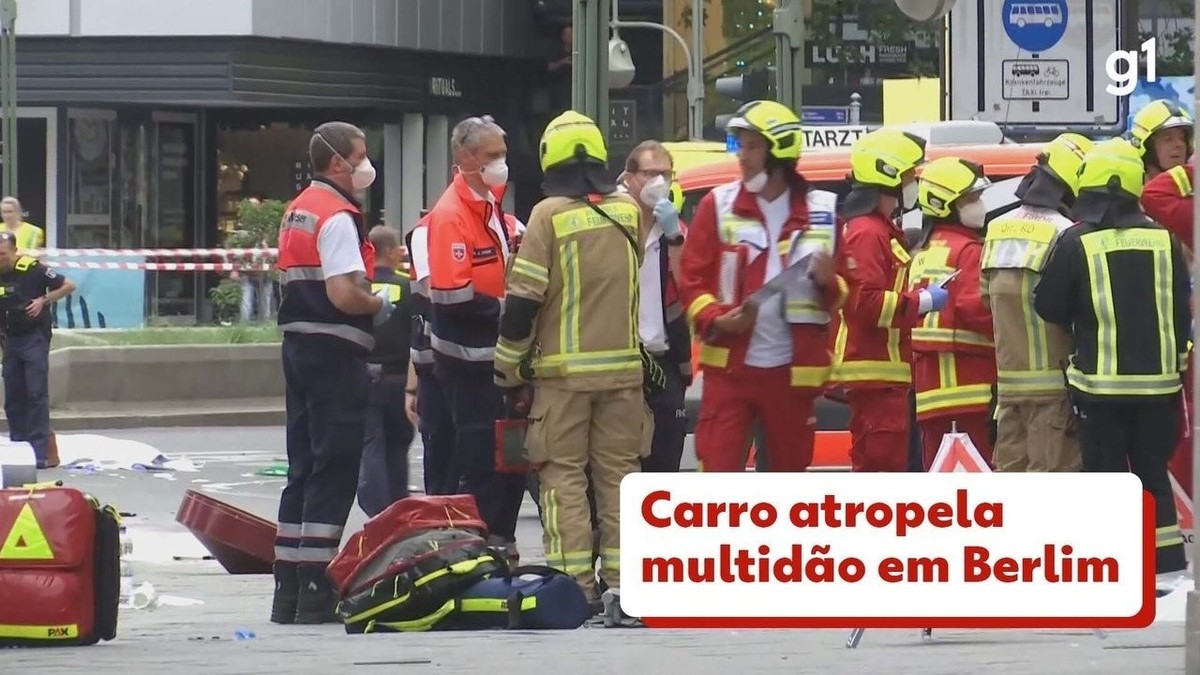 Vehicle runs over crowd in Berlin, leaving about 30 injured and one dead | World

A car drove into a street in a crowd in Berlin, killing one person and injuring at least 30 others early on Wednesday, a spokesman for the German capital’s fire department said.

A vehicle that hit about 30 people in Berlin ended up inside a store on June 8, 2022. — Photo: Fabrizio Bensch/ Reuters

In addition to the fatal victim, five other people are in serious condition, firefighters said.

Actor John Barrowman, from the series “Doctor Who”, witnessed the hit-and-run. “It didn’t look like an accident. A lot of people were injured on the ground,” he told CNN.

A suspected driver was detained, but Police have yet to say whether the hit-and-run was accidental or deliberate..

The incident took place near the Kurfuerstendamm street market, where, in 2016, a truck broke into a Christmas fair taking place on the street, killing 11 people. The attack was carried out by Tunisian Anis Amri, who, after being denied asylum in Germany, hijacked a truck, killed the driver and threw the vehicle into the crowded market.

In that year and in 2017, Europe suffered a series of similar attacks, in which terrorists ran over hundreds of people on public sidewalks.

Firefighters tend to victims who were hit by a car that invaded the sidewalk in Berlin, on June 8, 2022. — Photo: Fabrizio Bensch/ Reuters

Next Russia returns bodies of 210 Ukrainian fighters to Kiev