What happened to Ariel Castro, the Cleveland kidnapper

Movie on Netflix reproduces the crime of Ariel Castro, who kidnapped three women for more than a decade, however, considered himself as much a victim as

Between 2002 and 2004, Ariel Castro kidnapped the young women Michelle Knight, Amanda Berry and Georgina “Gina” DeJesus — who were, respectively, 21, 16 and 14 years old — on the streets of Cleveland, Ohio (USA), keeping them captive in the Tremont neighborhood until 2013.

The case came to light after the feature ‘Kidnapping in Cleveland’ (2015) entered the Netflix catalog, becoming one of the most watched productions on the platform in recent days.

However, one of the big questions about the case involves the kidnapper Ariel Castro. After all, what reasons led him to commit such an atrocity? Did he ever regret it? And finally, what happened to one of the country’s most infamous criminals?

Born in Puerto Rico in 1960, Ariel Castro moved to the United States as a child, after his parents divorced. He ended up staying with his mother, Lillian Rodriguez, and his three brothers. Before settling in Cleveland, the family lived briefly in Pennsylvania.

His personality problems started to show after he started dating. Grimilda Figueroa — who lived across the street from Castro lived in the 1980s.

In 1992, the two moved into their own home in the Tremont neighborhood. In an interview with The Daily Beast, the sister of grimilda, Elida Caraballodeclared that “hell began to happen” in the life of figueroa right at this stage.

In her reports, she points out that Castro beat up his sister, breaking her nose, ribs, and arms and causing a blood clot in her brain that resulted in an inoperable tumor. All this in the presence of her four children, who have seen their mother suffer constant death threats.

Castro was arrested for domestic violence in 1993, but was ultimately not indicted by a grand jury. Three years later, grimilda obtained, judicially, the custody of the four children. Even so, it points Elida, ariel he did not stop threatening and persecuting his sister.

Posteriorly, Castro received a restraining order against his ex-wife. And it all ended in April 2012, when Grimilda Figueroa died due to complications from his brain tumor, reported The Telegraph.

Despite her aggressive behavior, her daughter Angie Gregg she thought of him as a “friendly, affectionate, loving man” who would take her for a ride on his motorcycle and line up her children in the backyard to have their hair cut.

I’ve wondered all this time, how can he be so good to us, but he’s taken young women, little girls, someone else’s babies, away from these families, and over the years, he’s never felt enough guilt to give up and leave them. free,” he told KYCA.

the kidnappings of Ariel Castro started in 2002, when he imprisoned Michelle Knight, only 21 years old. According to CNN, the guy had a very well-defined modus operandi: he seduced his victims for different reasons and offered them rides; then he would take them to his home at 2207 Seymour Avenue, where he would lock them up in his basement.

Later, in court, Ariel Castro reported that all his crimes were committed because opportunities appeared. “When I took the first victim, I didn’t even plan that day… that day I didn’t say I was going to meet some women. It wasn’t in my character.”

With Michelle Knight, for example, he offered the young woman a ride on August 23, 2002, as she had a social service appointment to regain custody of her son. As she was lost and did not know the exact way, Castro decided to ‘help her’.

Already Amanda Berry was tired after leaving her shift at Burger King that April 21, 2003. By ‘lucky’, Castro he was there to take him home, where, the next day, he would celebrate another birthday.

Finally, on April 2, 2004, the young Georgina DeJesus disappeared when he was 14 years old. She was friends with one of the daughters of Castro. ariel I also knew your mother, Arlene. The two, by the way, even tried to engage in a relationship, but ended up following different paths that year. When Of Jesus found him, the man said he could take her back to Arlene.

You can learn more details about the terrifying days in captivity of Castro through an article published by the Aventuras na História website team. Click here!

the end of suffering

For more than a decade, women’s suffering seemed like it would never end. Year after year, any hope they had of seeing freedom waned. But it all ended on May 6, 2013.

In this ocasion, Castro had left to go to a McDonald’s and ended up forgetting to lock the bedroom door. berry. She went to the front door of the house, which was also unlocked, but with alarm.

Fortunately, he managed to reach through another door and caught the attention of a passerby. Charles Ramsey helped him break down the door. Amanda begged the guy to call the police. “I was kidnapped, I’ve been missing for 10 years and I’m free now.”

Minutes later, Michelle Knight reported hearing footsteps on the ground floor, but had thought Castro had captured berry again and was bringing her back into captivity. She only realized she was free when the police raided the basement and took her in their arms.

“The first time I actually got to sit outside, feel the sun, it was so hot, so bright… It was like God was shining a great light on me,” Amanda told BBC News.

Later, to the US broadcaster WKYC, the defense attorney for Ariel Castro, Craig Weintraub stated that the kidnapper had facilitated the young women’s escape on purpose. In fact, he had already been becoming purposefully sloppy for a year now.

He intentionally became much more lax about locking the door and keeping them inside,” he said. Weintraub.

The lawyer points out that ariel he knew the kidnappings would soon come to an end. “[As coisas] They weren’t doing well. His daughter [com Gina] he was at an age where he shouldn’t be in the house anymore. She needed to go to school and be in a normal environment, she needed friends.”

Due to his relationship with his daughter, Castro then decided not to kill the hostages, points out Weintraub. “He didn’t have the courage to go to the police to turn himself in, and the only way that would happen is if he was negligent and allowed them to escape when he left the house for a few hours.”

On the same day that women gained their freedom, Castro lost his, arrested for aggravated murder, rape and kidnapping. In court, the subject declared that he and the three women were equal victims of his sex addiction.

On occasions, NBC points out, ariel claimed that his crimes weren’t as bad as they seemed and that women lived a certain comfort at his side. “Most of the sex that took place in that house, probably all of it, was consensual,” he told the court.

These claims of strength about them—that’s totally wrong. Because there were times when they even asked me for sex—many times. And I learned that these girls weren’t virgins. By their testimony to me, they had several partners before me, all three,” she added.

Castro was sentenced to life imprisonment of more than 1,000 years. But his sentence was short-lived, as he committed suicide on September 3, 2013, by hanging himself with the sheets in his cell.

According to the Ohio State Highway Patrol, Ariel Castro wrote the same letter that day quoting the Bible, saying that those who confess with the heart “will be saved.”

God loves you,” he wrote. Castro in capital letters, “because we are all sinners, we are all short of the glory of God. Christ is my savior and yours!”, he added.

+ Learn more about cases of kidnappings through major works available on Amazon:

It is worth remembering that the prices and available quantity of the products are in line with the date of publication of this post. In addition, Aventuras na História may earn a share of sales or other compensation for the links on this page.

Previous Take the leap! Samsung’s Neo QLED Smart TV May Have Cheated on HDR Tests
Next ‘Cowards’: the outburst of the teacher who saw 11 students killed in the Texas school attack | World 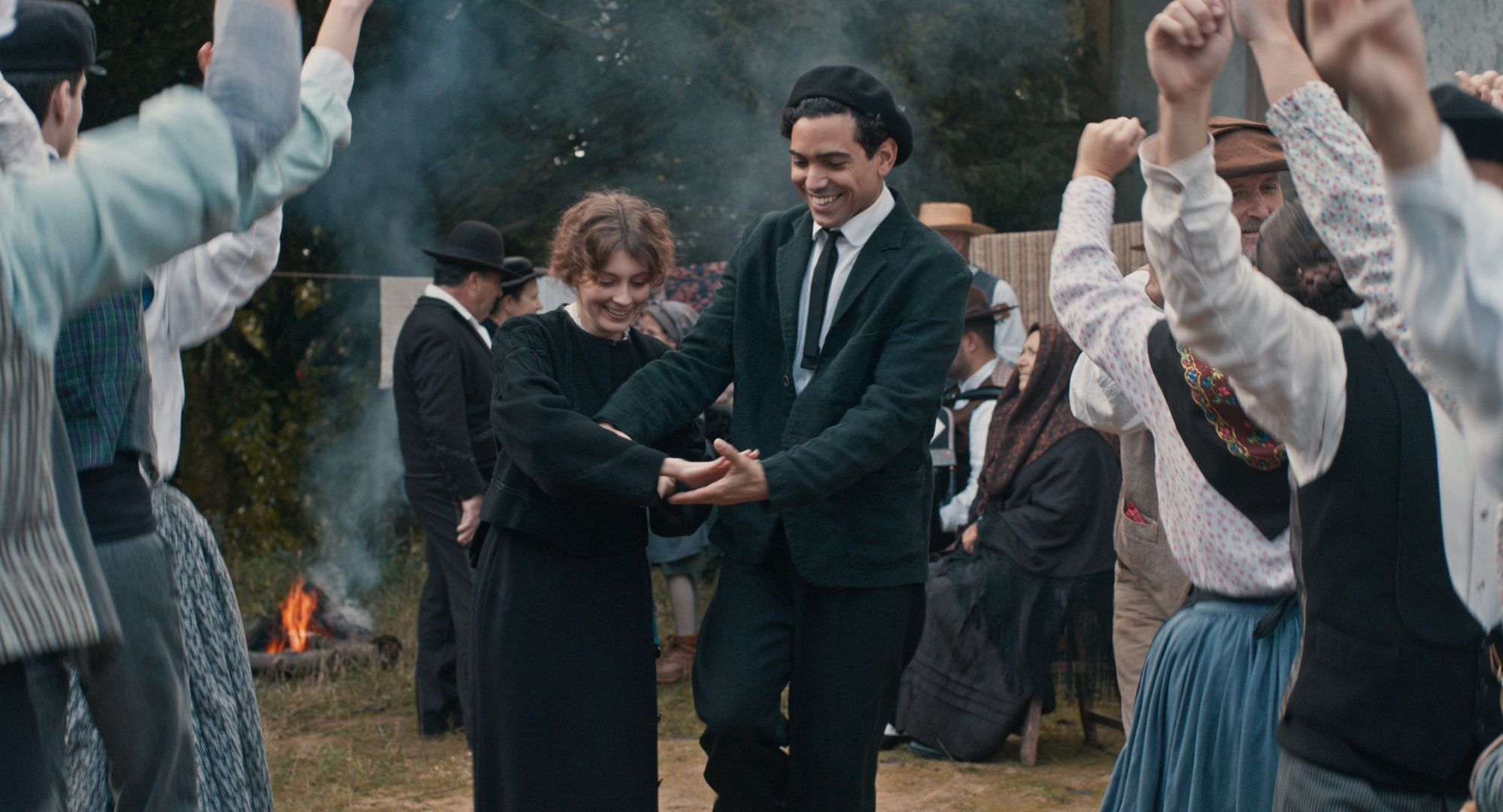