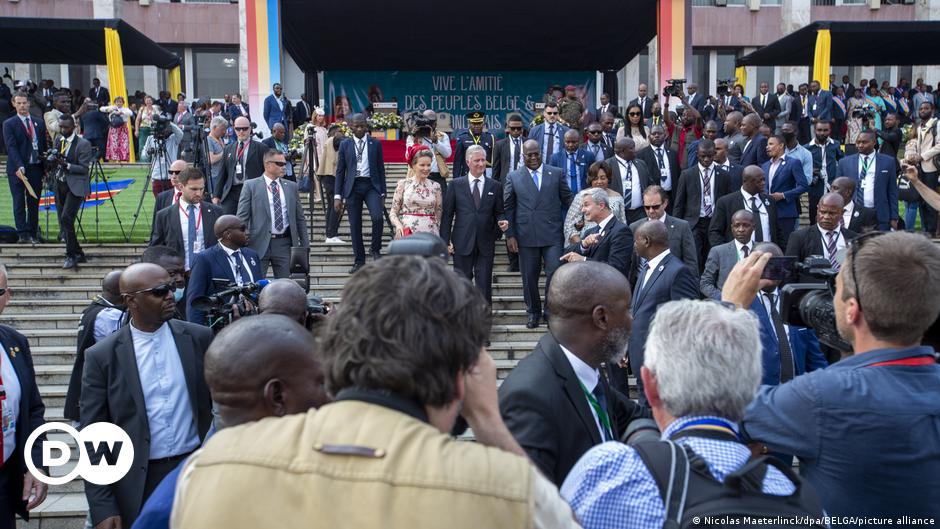 On a historic visit to the Democratic Republic of Congo, King Philip of Belgium acknowledged on Wednesday that his country’s colonial rule over the vast Central African nation had inflicted abuse, pain and humiliation.

“This regime was an unequal relationship, in itself unjustifiable, marked by paternalism, discrimination and racism,” he said, speaking in French before parliament in Kinshasa. This is how he publicly expressed his remorse for the brutal Belgian colonialist past, first manifested two years ago.

“While numerous Belgians sincerely engaged, deeply loved Congo and its people, the colonial regime itself was based on exploitation and domination,” he admitted on his first trip to the country since taking the throne in 2013.

Filipe had arrived the previous afternoon in the Congolese capital, with Queen Matilde, for a six-day stay, heralded as a chance for reconciliation between the DRC and its former colonial masters.

Brutal colonization: regret is not enough

However, the lack of a formal apology for colonial-era crimes has disappointed many Congolese. According to observers, Filipe’s reticence is possibly due to the fact that a formal apology could be used by Kinshasa as an argument for demanding financial reparations.

“I welcome the Belgian king’s speech. However, given the crimes committed by Belgium, repentance is not enough”, commented opposition senator Francine Muyumba Nkanga on social media. “We expect from him an apology and a promise of reparations. That is the price for us to definitively turn the page.”

Belgium’s colonization of the Congo was one of the most brutal imposed by the European powers that subjugated most of Africa in the late 19th and early 20th centuries.

Between 1885 and 1908, before the territory became a Belgian colony, King Leopold II, brother of Philip’s great-great-grandfather, ruled it as his personal property. According to historians, in what is now the DRC up to 10 million Africans were murdered, maimed or died of disease while being forced to extract rubber. The country was also plundered for its mineral wealth, wood and ivory.

In 2020, as the DRC was heading towards the 60th anniversary of its independence, Filipe wrote a letter to President Felix Tshisekedi to express his “deepest regret” for the “wounds of the past”.

Lumumba’s Tooth, looted art and security in the East

The visit comes at a time when Brussels is preparing to return Patrice Lumumba’s tooth to Kinshasa, the only remains of the hero of the anti-colonialist struggle and prime minister of independent Congo for less than two months, before he was assassinated.

In 1961, he was arrested, tortured by Congolese separatists and Belgian mercenaries, and finally shot, along with two companions, in the presence of Belgian authorities. His body was dissolved in sulfuric acid and the bones were ground up and dispersed to prevent a place of worship from being created. However, one of the executioners, a Belgian policeman, kept the tooth as a trophy.

In 2021, Brussels laid out a roadmap to return artwork looted during the colonialist era – a sensitive topic in the DRC. On Wednesday, the Belgian monarch visited the National Museum in Kinshasa, where he delivered a mask used by the Suku ethnic group in initiation rituals, on an “unlimited” loan from the Royal Belgian Museum to Central Africa.

With around 90 million inhabitants, the Democratic Republic of Congo is one of the poorest countries in the world. More than 120 militia groups roam its volatile eastern region, largely as a result of regional wars more than two decades ago. Massacres of civilians are constant.

Filipe also arrives at a time of tension between Kinshasa and neighboring Rwanda over rebel activities in the east. The Congolese government has accused Rwandans of supporting the resurgence of the M23 militia, which Kigali denies.

At a press conference on Wednesday, President Tshisekedi said he considered security support a priority in his country’s relationship with Belgium, as “there is no development without security”.

In his speech before Parliament, Filipe confirmed that the situation in eastern DRC cannot continue: “It is the responsibility of all of us to do something about it.”