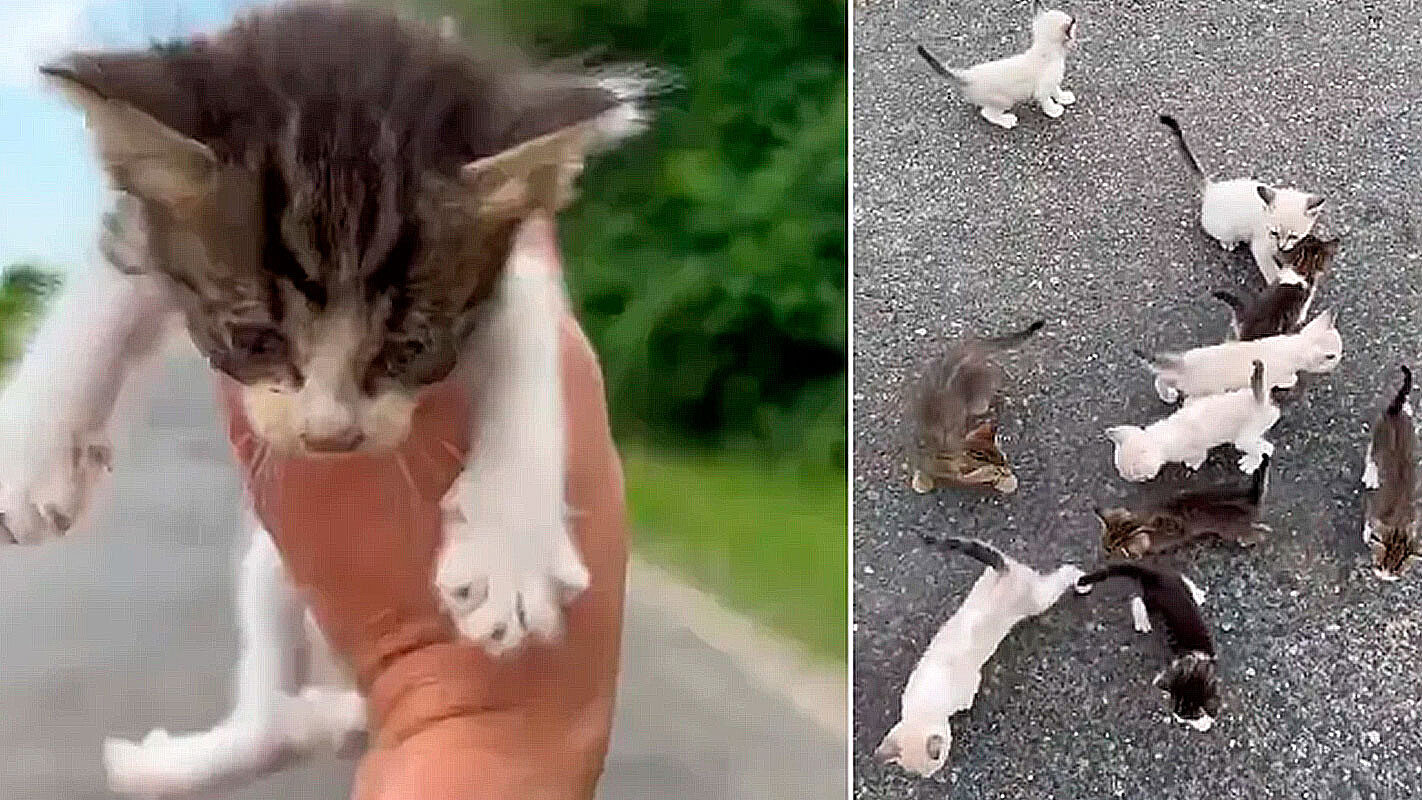 On Wednesday, June 8, American Robert Brantley was on break from work when he found a kitten on the side of the road alone and hungry.

The cat’s cuteness distracted Robert who picked him up, but he sealed his fate by doing so, immediately 12 puppies came out of the roadside bush begging for rescue as well.

The rescue was filmed by Robert who was scared and shocked when he saw that there were many where that innocent being had come from. The author of the video shared the scene on Instagram.

“My wife is wanting a cat for the farm, I thought I’d stop and rescue. I retreated to pick him up and in a short time I was ambushed by the mafia”, said Robert in the caption of the video.

In the scenes we can see that the man was shocked, because only a bad person would leave 12 puppies to their fate. The litter’s mother was not around and could not be found.

There was no way, Robert had to take them all home. But fortunately residents of the region were willing to adopt them, including joint adoption.

“We’ve had a lot of really good people wanting them, and a lot of people wanting to pair them up to keep them together, which I’m excited about,” said Robert, who added that he’s being careful who donates the puppies.

All have hit the jackpot, even he plans to keep at least two or three for his family, including a kitten his 1-year-old has fallen in love with.

“That was perfect. They used one as bait! “Ok, now go! He won’t resist!”, commented a netizen who was amused by the video.

“Oh my God I love this video so much,” said another.

“What did your wife say when she showed up with like 12 kittens?” asked a third. “He just called the kids to see it,” Robert replied.

The kittens are getting lots of love and food so they can go to their new homes healthy and chubby. Robert has been updating his instagram profile with news about the litter, follow @robertbrantley_.