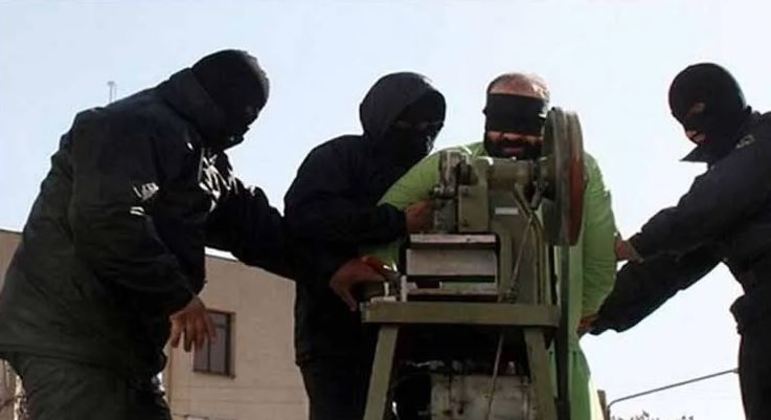 Eight men convicted of theft in Iran could have their fingers amputated as part of their conviction, two human rights organizations warned on Friday.

The detainees are in a prison on the outskirts of Tehran, the country’s capital, and were summoned on Wednesday (8) to be taken to another center for their amputation, which was postponed for unknown reasons, the Abdorrahman Boroumand Center (ABC) reported. , which defends human rights in Iran, and the Kurdistan Human Rights Network (KHRN).

The two organizations say they are “especially concerned by credible reports that a device recently installed in a room at the clinic at Evin Prison in Tehran was used to perform at least one amputation in recent days.”

Iran, a signatory to the International Covenant on Civil and Political Rights (ICCPR), must refrain from “torture” and “cruel, inhuman or degrading treatment or punishment (Article 7), such as amputation of hands”, the statement said. .

According to the Washington-based ABC, since the Islamic Revolution in 1979 there have been at least 356 amputation sentences, though the total is likely much higher.

Iran’s penal code, based on “sharia”, Islamic law, provides for amputation for crimes such as repeat theft.

Previous Read and reply to WhatsApp messages without being discovered; see how
Next Xochitl Gomez talks about who she thinks America Chavez should meet in a future Marvel movie ~ Marvel Universe 616