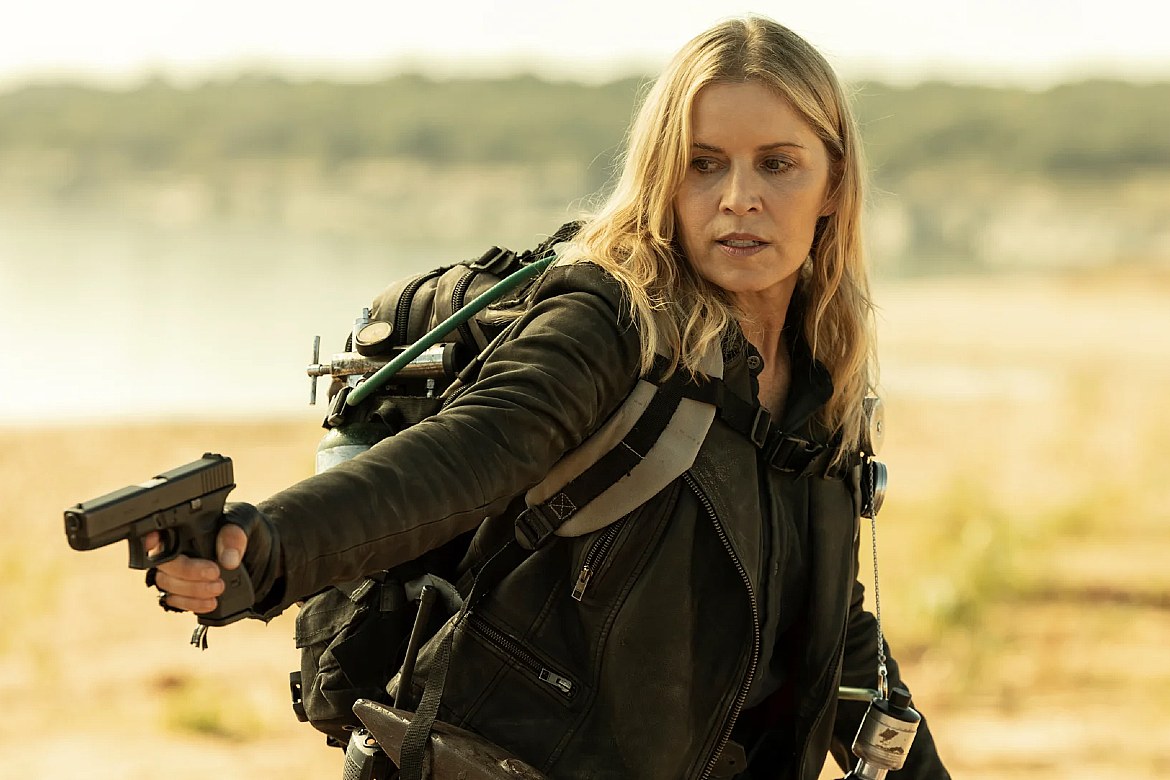 So what did it take for Andrew Chambliss and Ian Goldberg to grace us with a rare good episode in season seven of Fear the Walking Dead? Simple. That this episode was basically not from the seventh season and that it didn’t have a bunch of useless extras, characters introduced to be killed soon after, a dying protagonist with dark circles whining, a supposed villain who only knows how to talk and make drama, radiation of convenience , a poorly used B horror movie setting that, on the other hand, re-introduced a protagonist who had long been thought to be dead and who, even playing opposite Morgan’s unbearable, called for itself the spotlight of a plot practically zero kilometer that only uses the name FATHER to pretend that this was thought a long time ago.

That is, to deliver a house that creaks again, it was enough to demolish the previous one and build another one from its foundations, even having to use a rotten beam there (yes, it is an allusion to Morgan just so no one has any doubts ). Of course it would potentially be better if the showrunners were not these showrunners there and if gone was the beginning of a new season and not the end of one, because what remains, in the end, is that very obviously the season was wound up in such a way as to create this episode of fresh start still in it, in order to serve as a trap for the viewers who were ready to drop this crap series after this unbearable season. Why not, gone does not save the season. If anything, he makes it even more evident how bad it was, how much Goldberg and Chambliss made the plot drift, completely without purpose, turning the concept of protagonist and antagonist into something more… hmm… socialist, in which everyone it has a piece of everything, but without having anything real.

So, for all practical purposes, animate it was the final episode of the seventh season. gone either it’s the beginning of the eighth or, perhaps, at worst, a 47-minute post-credits scene to reintroduce Madison and create the whole baby and child kidnapping plot for the mysterious complex known as the FADRE, which looks more like a demonic cult that throws all little children at the stake in weekly sacrifices to summon some unspeakable creature from the fifth of hells. And, most likely why the rest of the season was so bad is that the episode, even with all its mysteries, even though it doesn’t say anything about Madison’s miraculous survival (I’d rather it not be explained, I confess), even with her emulating Darth Vader and even temporarily turning her into a villain (I really wanted her to be a mega-villain right away to kick Morgan and her little friends in the ass), manages to surprise and captivate enough to generate just the effect originally intended. : make the viewer forget what happened and make him curious about what is to come. Speaking for myself, I can assure you, even if my memory is more hollow than Swiss cheese, that I can’t forget the ordeal that was the seventh year of a series that, I have to remind you, was never even out of the ordinary to begin with.

I know I complained more than I said about the episode, but what were you waiting for, right? Seeing Kim Dickens again was undoubtedly cool and the whole introduction of this new baby kidnapping narrative line was well structured by the script of the showrunners and, even more, by the direction of Sharat Raju who did exactly what he needed to do, namely, highlight Madison, create all the mystery, make her realize how wrong she was and prepare the way for PADRE to end up being another community/ base/cult that will end up decimated by zombies or flames or whatever. Perhaps the most positive point of the episode, also a feat of the director, is that it worked. although having to rely on Morgan all the time, something that only happens because what we see is, in fact, a Morgan modified by the loss of Mo and capable of handing a pregnant woman over to an organization he had never heard of before to take her back. return. But let’s be clear: his change doesn’t convince, but, as he has an aneurysm and suddenly dies like Renato Villar (yes, I made a reference to a soap opera, is there a problem?) is something apparently off the menu, I shamelessly close eyes for this magical personality change.

If I have hope that gone be the mold that sets the tone for the upcoming eighth season? None. You showrunners have already shown that they like to radically change the status quo only to spoil everything that was good about the series. The only real advantage here is that, unlike the transition from season three to season four, in which they took the show at its highest point only to systematically destroy it, they are now imposing changes when, through their own fault, , FTWD is at its lowest point. But that does not mean that a trapdoor at the bottom of the well cannot be found, for Titans already proved that this is perfectly possible. At the end of the day, while it all ends up on a theoretically positive note, what really matters is that I now have a few months off from this series to unwind, because yes, like Madison, I will be back!