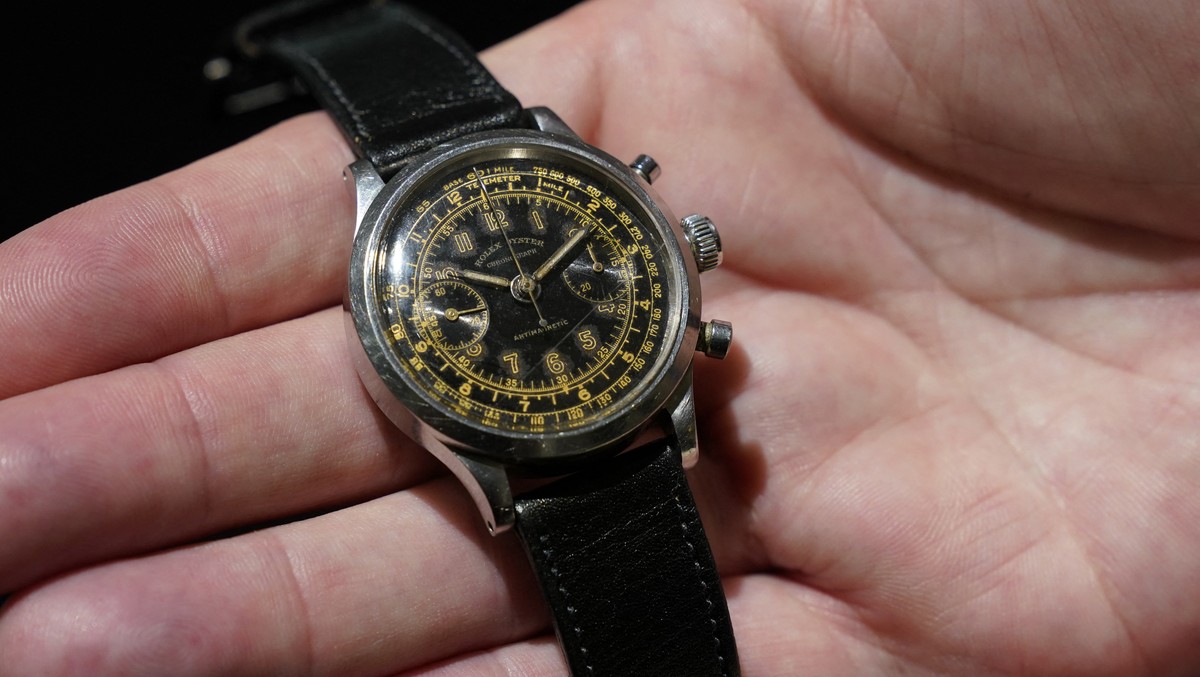 The Rolex Oyster watch that belonged to a British Air Force pilot and served to organize the “Great Escape” of prisoners from the Nazi camp of Stalug Luft III, immortalized in the cinema, was sold this Thursday for 189 thousand dollars (approximately R$925,000) to an anonymous buyer at an auction in New York.

The price paid for the single-story piece is lower than the estimate by auction house Christie’s, which had hoped to sell it for between 200,000 and 400,000 euros.

Purchased by pilot Gerald Imeson when he was a Nazi prisoner of war in 1943, the watch ref. 3525, manufactured in the early 1940s, is stainless steel with a blue screen and one of the first water resistant.

Imeson ordered the watch from the Rolex house in Switzerland, which sent it via the Red Cross to the maximum security prison camp located near the present-day Polish town of Sagan, then German territory.

Imeson’s watch was crucial in timing during the preparation and planning of the “Great Escape” of prisoners of war, immortalized by the film that propelled Steve McQueen to fame in the 1960s, Christie’s watch expert Adam Victor told AFP. .

Of the 200 prisoners who took part in the preparations, 76 managed to escape from the Nazi maximum security camp on March 24, 1944. Imeson was not among them. Most were captured and 50 were executed.

The watch remained on the pilot’s wrist until the end of the war – he was released in 1945 – and he kept it until his death. His family auctioned it off in 2013 in the UK.