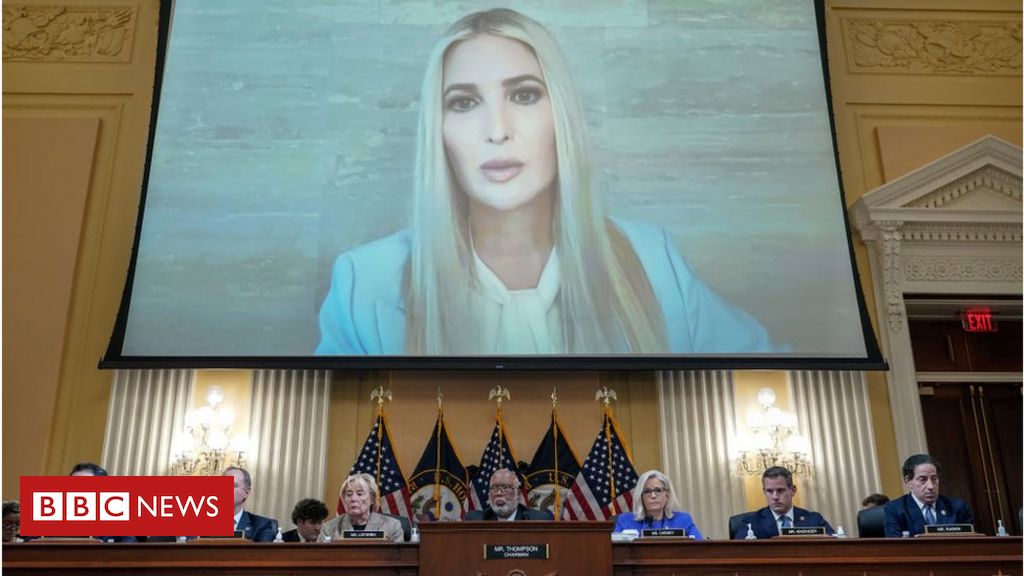 Former US President Donald Trump has been accused by a parliamentary commission of inquiry of having orchestrated the January 6, 2021, invasion of the Capitol in a “coup attempt”. The allegation was made in the first televised session of the investigation carried out over 11 months, an unprecedented event in US politics.

According to investigators, Trump made allegations of fraud in the 2020 election knowing they were false and incited protesters to act violently in order to stage a coup.

Politicians from the Democratic Party (President Joe Biden’s) and two Republican Party politicians (from Trump) who are on the investigative committee have insisted that it is important to present the investigation work to the American public, both for historical record purposes and to lay the groundwork. legislative actions that can protect democracy from future attacks.

But the rest of the GOP, on the other hand, sees the investigation as a partisan, biased, and without legitimacy spectacle aimed at diverting public attention from rising inflation and this year’s election that could drive Democrats out of control of the House and Senate. .

For Trump, the committee promotes a “political farce”.

With prime-time broadcasts on all three major free-to-air networks, as well as all of the closed news channels (except Fox News), Americans may have a great opportunity to draw their own conclusions about the accusations and rebuttals.

If there was any doubt that committee chairman Bennie Thompson (Democrat Party) holds Trump personally responsible for the attack on the US Capitol, that was answered right in the opening. The then president, Thompson said, “was trying to prevent the peaceful transfer of power.”

He added: “Donald Trump was at the center of this conspiracy.”

These are strong words, but now the committee has to present evidence to substantiate this serious charge.

This is perhaps the biggest question surrounding the investigation: is there concrete evidence of Trump’s participation in the Capitol Hill invasion, a violent act that left four dead and more than 100 police officers injured? If so, the committee is likely to recommend that the former president be investigated for crimes.

If that happens, it will be up to bodies like the US Department of Justice to decide whether to proceed with the investigation or not. More or less like what happens with the Parliamentary Commissions of Inquiry (CPIs) in Brazil.

Accusations without evidence of electoral fraud by Republicans

Before the congressional committee can prove that Trump intentionally subverted the peaceful transfer of power to Biden, the group must first prove that the then-president was deliberately spreading false information (and not because he thought he was right).

To this end, the committee’s vice chair, Liz Cheney (Grupo Party), did not attempt to refute all the specific allegations that Trump and his supporters made, without evidence, against the fairness of the election result.

Instead, the congresswoman simply reported and played back video testimonies from Trump’s own aides confirming that the election results were indeed valid (unlike what they claimed at the time).

“Those who stormed our Capitol and fought for hours against law enforcement were motivated by what President Trump told them: that the election was stolen and that he was the rightful president. (…) President Trump called out the crowd, rallied the crowd and ignited the flame of this attack,” Cheney said.

In a video critical to investigators, then-Attorney General William Barr of the Trump administration recounted how he used a contemptuous expletive to tell the president that his widespread election fraud was baseless.

“We cannot live in a world where the current government remains in power based on its view, unsupported by specific evidence, that there was election fraud,” said the former attorney general.

Cheney was, in effect, accusing and trying to condemn Trump in the words of his own team. It is worth remembering that the former president continues to claim without evidence that there was fraud in the 2020 election, when he was defeated by Biden.

Furthermore, more than 30 million Americans (almost 70% Republicans) believe the same thing. Historically, between 30% and 40% of US voters affiliated with the losing party in a given presidential election tend to contest the fairness of the election.

Another moment of impact came when Cheney read a report that claimed that Trump, when told that protesters wanted to hang Vice President Mike Pence for refusing to bar the election process, suggested that his vice “deserved it”.

Security cameras, of journalists and protesters recorded the step by step of the acts: the depredation in the mayor’s room, while her assistants hid; the advance of protesters who chanted “hang Mike Pence” as the then vice president and his family were taken to a safe hiding place in the building; the despair of parliamentarians who threw themselves on the floor of one of the plenary sessions, surrounded by protesters; the heroic acts of security agents who managed to single-handedly contain and disperse dozens of invaders.

More than 700 people were arrested and indicted for crimes such as trespassing and destruction of public property and bodily harm to police officers. About 70 have already been tried and 31 of them – including Jacob Chansley, who became known worldwide for the horn ornaments he wore as he paraded through congressional halls – are serving time in jails across the country.

The committee hearing broadcast on prime-time TV was billed as something other than an ordinary Congressional event. Instead of congressmen hogging the microphone, this time the event was carried out through video clips and material evidence with the aim of telling a powerful story.

It didn’t quite start out that way. Though Thompson kept his remarks brief, Cheney — a Republican who went to war with her own party — spoke in a monotone for nearly half an hour.

Although the accusations were serious and serious, the words piled up in long paragraphs, numbered lists, and expository statements.

And it wasn’t until the committee showed an extensive video of the attack — made up mostly of footage from security cameras and police, interspersed with excerpts from Trump’s speeches and tweets — that the drama of the events of January 6, 2021, turned visceral, and no more cerebral.

When the video was over, the courtroom remained silent. Many members of Congress watched the material in close proximity to guests like the emotional family members of police officers who died during and after the attacks.

Testimonials from Trump’s Daughter and Son-in-Law

The commission has so far added more than 1,000 testimonies as part of its investigation. But three of those interviews — with Trump’s two sons, Ivanka and Donald Trump Jr., and a son-in-law, Jared Kushner — were highly anticipated. And on Thursday night (9/6), the public saw for the first time, albeit briefly, what two of them had to say.

In the excerpt of the testimony shown, Ivanka Trump said she had no reason to doubt then-Attorney General William Barr when he said his father had lost the election. For Kushner, the threats by lawyers on Trump’s legal team to resign in protest against what they considered “illegal and unfounded” actions were “whimsical”.

Trump’s eldest son, on the other hand, did not appear during the hearing.

Other videos may appear at future hearings, but if viewers were expecting a family conflict between the Trump family, that hasn’t happened so far.

The committee had only two witnesses in in-person testimony during the first hearing: documentary filmmaker Nick Quested and Capitol Police officer Caroline Edwards.

While the former provided some insight into the preparations the far-right group Proud Boys made before the Capitol attack, it was Caroline Edwards who empowered the process with her emotional personal account.

She spoke about the mob turning on the cops on Capitol Hill and how she saw the Proud Boys leaders organizing before launching their attack.

She said she lost consciousness when she was knocked over and hit her head on a concrete step. After she recovered, she continued to try to defend the Capitol, before she and colleague Brian Sicknick — who would later die — were sprayed with chemical spray.

“What I saw was a war scene, like something I’d seen in the movies,” Edwards said. “I couldn’t believe my eyes. Cops on the floor bleeding and vomiting… It was carnage. It was chaos.”