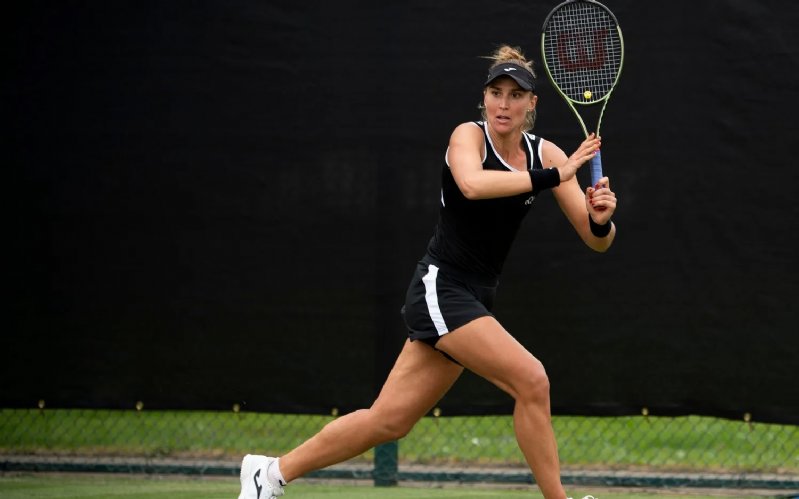 Nottingham (England) – Hours after achieving a very expressive victory for the WTA 250 in Nottingham, Beatriz Haddad Maia took advantage of her great moment on the grass courts and also secured a spot in the doubles semifinal. Bia and China’s Shuai Zhang beat Taiwan’s Latisha Chan and Australia’s Samantha Stosur by 6/1, 6/7 (6-8) and 10-6.

After a dominant first set, in which they got three breaks against their opponents, Bia and Zhang played a very balanced second set, with one break for each side. Experienced, Stosur and Chan got the better of the tiebreak. In the match-tiebreak, the Brazilian team and the Chinese team managed to win five points in the opponent’s serve to reach victory.

Bia and Zhang are the Key Heads in Nottingham. The Brazilian is in 33rd place in the ranking of specialists in doubles and has three titles in the elite of the circuit, while the experienced 33-year-old Chinese is the current number 4 in the world in the modality. The opponents in Saturday’s semifinals will be Japan’s Shuko Aoyama and Taiwan’s Hao-Ching Chan.

🇺🇸 Beatriz Haddad Maia is through to her first WTA semifinal on grass by recording her third career victory over top seed Sakkari!#RothesayOpen pic.twitter.com/A1FMioaIoC

In singles, the number 1 in Brazil and 48th in the world celebrated the victory over Greek Maria Sakkari, top seed in Nottingham and fifth in the rankings. This was his fourth victory against a top 5 in his career, in addition to maintaining the perfect record against the Greek, having won all three duels between them, two this year.

“It’s not easy to play on grass, especially in the first week. Everyone is still trying to adapt and improve their game. Today with me was no different. I was trying to motivate myself at every point. I know Sakkari fights a lot and is a great top 10 player. I tried to focus on my game and improve my serve, I’m very happy to have won today”, said Bia after winning 6/4, 4/6 and 6/3 in 2h36 of the match.

“At some points I wasn’t that aggressive, so I tried to change that. I know I can play well on grass, so I tried to play my game. That’s tennis, there’s no other way to win if you don’t try to motivate yourself and fight.” . That’s why I managed to be stronger mentally”, evaluated the 26-year-old from São Paulo, who is looking for her second WTA 250 final.

Duel with Martincova in Saturday’s semifinal
Bia faces Czech Tereza Martincova, 60th in the ranking, in the semifinals. The Brazilian won the two previous duels, both played in 2013. The singles semifinal will take place at 7 am (Brasília time) this Saturday, while the doubles match will be at the end of the round.

“Happy for the day’s work today, but I still have other goals to achieve in the week. Even in the victory I know that I still need to be more aggressive for longer, which is what the top players do”, added the No. Brazil.

Golubic and Riske make the second semifinal
The second singles semifinal in Nottingham will be between the American Alison Riske, 40th in the ranking, and the Swiss Viktorija Golubic, 55th. It will be the third meeting between them, after a victory for each side. Riske beat Britain’s Harriet Dart 4/6, 6/2 and 6/1. Golubic passed Australia’s Ajla Tomljanovic by 6/2 and 7/6 (8-6).

Previous Valentine’s Day: a text for singles!
Next Learn how to clear Google search history

Flamengo With the arrival of Vítor Pereira, the Rubro-Negro squad must be evaluated by the …