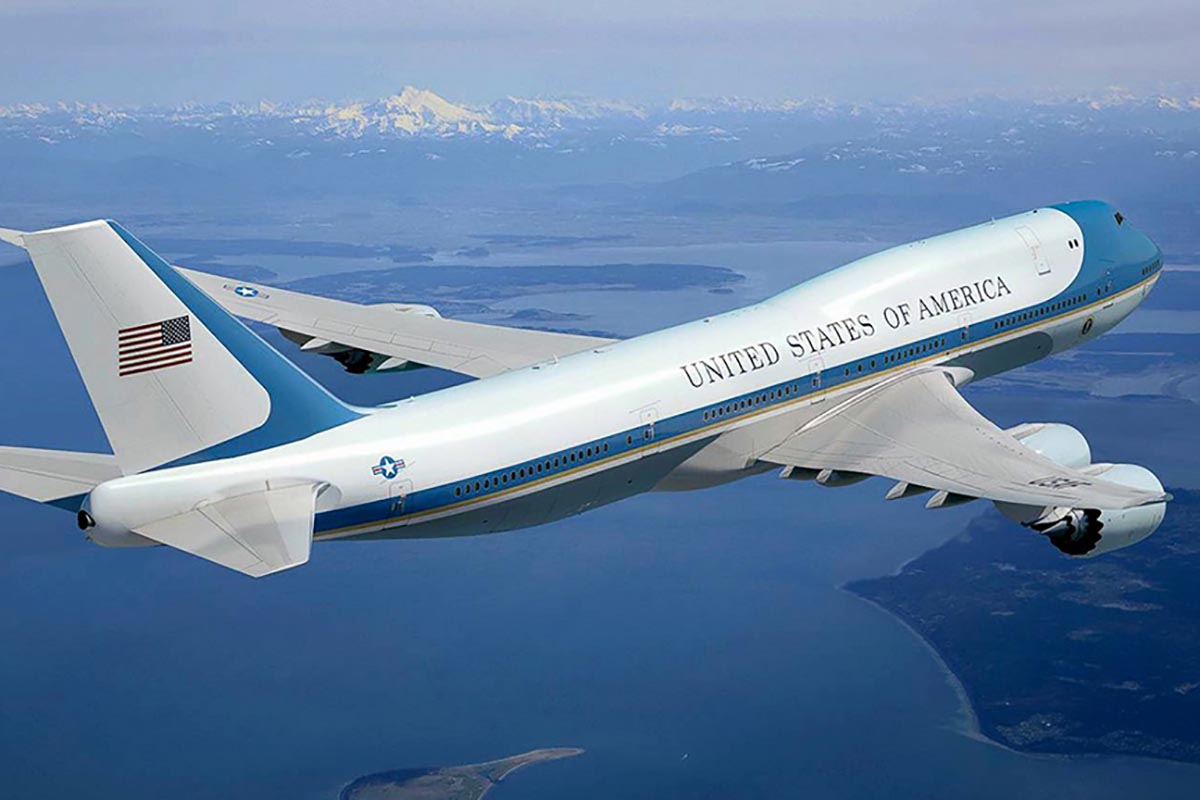 The administration of Joe Biden, President of the United States, decided not to adopt the red, white and blue paint scheme proposed by his predecessor in office, Donald Trump, for the two Boeing VC-25Bs that will replace the current presidential planes, popularly known as its callsign, “Air Force One”, or “Air Force 1”, whenever the President is on board.

As Aviacionline reports, a new study has shown that the intended dark blue color can cause overheating issues in some of the aircraft’s components. Meanwhile, the current paint, used since the John F. Kennedy administration, has lighter tones on the engines and underside of the fuselage.

Shortly after taking office, President Trump became personally involved in negotiations for the replacement of the presidential fleet. In February 2017, he announced that his government had managed to reduce the contract price with Boeing by “over a billion dollars”. Shortly afterward, the manufacturer agreed to a fixed-price contract with the Air Force. That way, the company would be responsible for any cost overruns.

According to US Air Force sources, the new scheme would require additional modifications to cool some of the components. The works would increase the total cost. Therefore, the White House decided to discard the scheme proposed by Trump. The decision is good news for Boeing, which would have to bear the costs of modifications to avoid overheating. While it is unknown what the two aircraft will look like, they are estimated to be similar to current presidential planes.

The back-and-forth over Air Force One’s new look isn’t the only controversy surrounding the replacement of the “White House branch” in the skies. In 2020, the price of the modified Boeing 747-8i manuals generated controversy and raised suspicions about the relationship between the State and Boeing.

According to budget documents for fiscal year 2023, the planes may not be ready to fly for another four years. In this case, the replacement would take place two years later than originally planned.

Previous After recovering stolen children’s cell phones, delegate receives letters and sweets: ‘I’ve never received such a big message of gratitude’ | Goiás
Next 9 Movies to Watch on Valentine’s Day in 2022