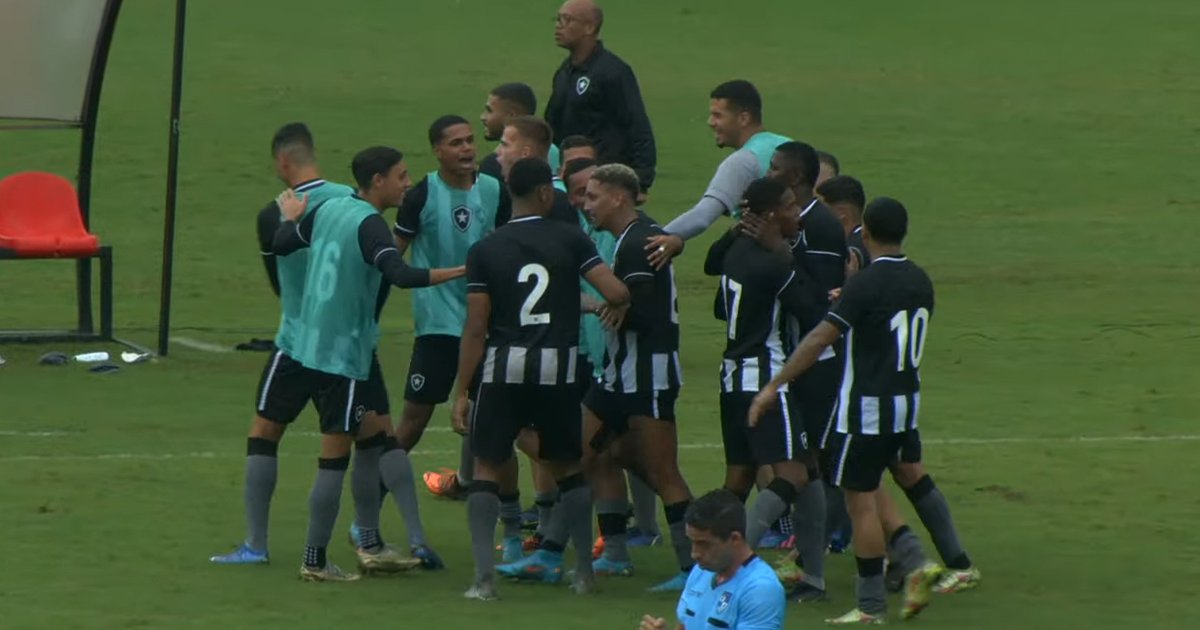 O Botafogo beat Flamengo in a comeback by 2 to 1 on the rainy Saturday morning, in Gávea, and was in an excellent situation to advance to the semifinals of the Campeonato Carioca Sub-20. As they had the best campaign, Glorioso can even lose by a goal on Wednesday, at 10 am, at CEFAT, to qualify.

Flamengo started better in the game and opened the scoring in the second minute, after a move from the right that Petterson concluded in the area: 1 – 0. Botafogo took a while to gear up, but then improved in the final part of the first half.

In the 32nd minute, Raí rolled in from the left, Reydson caught it with his left leg and goalkeeper Kauã made a spectacular save at the angle. Close to added time, however, Kauã took down Léo Pedro inside the area: penalty. Raí charged and left everything equal at 1 to 1.

In the second half, the game was very tough, Flamengo had a certain control over possession, but Botafogo, organized, was more dangerous. At seven minutes, Léo Pedro hit the post. And, in the end, at 37, the turning point came. Maycon Vitor – one of the highlights of the game – started from the defense field on the left side and kicked low, scoring a great goal: 2 to 1 for Fogão.

See the goals of the game: