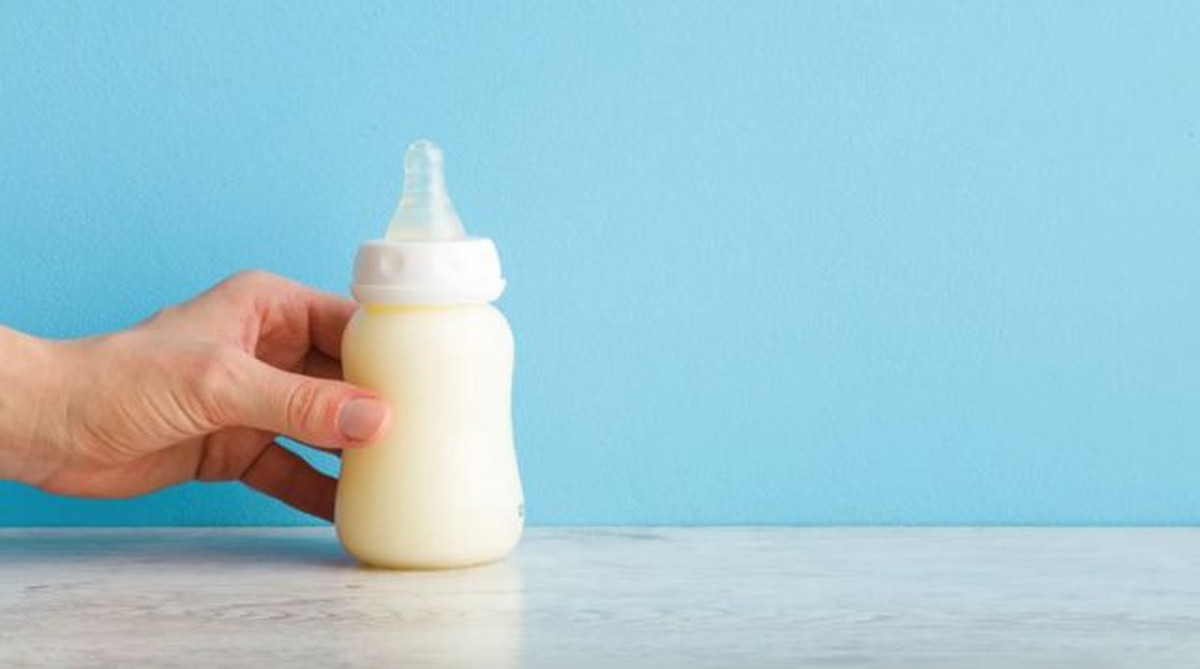 How Baby-Saving Milk Formula Was Discovered Since 1860 | Health

Formula milk (or infant formula) for babies has been making headlines in the American press lately. The closure of one of the largest factories in the country due to contamination caused a serious shortage of the product.

As the U.S. Food and Drug Administration (FDA) looks for new suppliers of the product abroad, flies in emergency imports and tries to help the factory resume production, parents are struggling to get the input. they need to feed their babies.

The situation is surprising. On the one hand, it raises questions about why an essential product like formula milk is so subject to the setbacks of a single manufacturer. On the other hand, many people were curious to know what parents did in the past, before big companies made the product that has become a fundamental part of so many lives.

Unfortunately, today’s parents aren’t the first people in history to have to deal with this problem. The first formula milk on the market, Liebig’s soluble baby food, was launched in the 1860s, but people have been trying to find safe alternatives to breast milk for millennia.

Archaeologists have discovered curious small horn-shaped objects in baby tombs dating back to 6,000 years ago. At first glance, they believed them to be tools for filling oil lamps. But chemical analysis revealed that at least some of them were used not with oil, but with milk from ruminants such as cows or sheep. Apparently, these are the babies’ bottles, buried next to them.

It is proven that breast milk is always the best option. Research clearly indicates that breast milk offers a wide range of benefits for babies, ranging from stronger immune systems to cognitive development and long-term health.

Unfortunately, difficulties arise in some cases. Some mothers’ bodies do not produce enough milk to support a child. Some babies are born unable to breastfeed properly. And many women’s nipples don’t fit well in babies’ mouths.

In a tragic episode recorded in the diary of Samuel Pepys, who turned out to be the great London historian of the 1660s, he describes a recent mother who had no nipples. Perhaps this is a way of describing what we now call inverted nipples, which can make breastfeeding difficult. This mother’s baby died shortly thereafter.

Before modern medicine, babies died all the time, for all sorts of reasons. But if the baby and the mother couldn’t get enough milk from the breast, it would often be a short road to death for the newborn, as there were no good alternatives.

There is a report that in the early 19th century, poor bottle hygiene habits and unsafe storage of animal milk caused the death of a third of bottle-fed babies.

Sometimes another lactating woman was available, and for many babies professional wet nurses were their lifeline. At various times throughout history, wet nurses – women who professionally nursed babies – have formed a thriving industry, complete with referrals and medical checkups.

But when bottles and rubber nipples that could be sterilized were invented towards the end of the 19th century, parents in Europe and the United States seem to have abandoned wet nurses as an alternative.

Bottles could then be used safely. It was time to think about content.

An initial analysis concluded that cow’s milk contained more protein and fewer carbohydrates than human milk, so many formulations attempted to dilute cow’s milk in water and adjust its nutritional properties to be more similar to human breast milk.

But many people produced their own formulas at home. In fact, in the early 20th century, doctors were taught to mix a formula using milk, water and sugar, calculating 123 g of milk, 6.5 g of sugar and 185 g of water per kg of baby’s body weight per kilogram. day.

Likewise, studies concluded that evaporated formula milk, based on the phenomenal discovery of heating milk to very high temperatures to concentrate it and break down protein, was a reasonable way to feed babies.

Currently, the lack of formula milk has desperate parents in the United States looking for old recipes to produce their own formula, but experts strongly recommend against doing so, as home substitutes can be dangerous and result in malnutrition or infections that can lead to to the death of babies.

The balance between carbohydrates and proteins was far from the only difference between breast milk and early versions of formula milk. Little by little, over the last century, nutritionists, doctors and researchers have tweaked, altered, and experimented with the composition of proprietary formulas, like the types people use today, in search of ways to make them more like milk. maternal.

First came the vitamins. Cod liver oil has been added in addition to fat blends from a number of sources.

It took a while for people who used the easy and cheap option of evaporated milk to become interested in the product. Until, in the 1950s, patented formulas such as Similac, invented in the 1920s, began to gain traction. Formula milk has gone from being just a palliative to becoming a kind of superfood, capable of providing a huge variety of nutritional elements.

While breastmilk substitutes may have emerged amid the desperation to get food for babies, the existence of an alternative has radically changed the lives of all types of parents for the better.

Disadvantages of packaged baby food products include the kind of difficulty parents in the United States currently face, but this hurdle is not the only one.

A few years ago, parents in China faced another kind of difficulty when it was discovered that Chinese formula milk manufacturers had knowingly adulterated the product by adding melamine, which is harmful to babies’ kidneys, in order to cut costs. And in the United States, the Centers for Disease Control (CDC) have indicated that there is a risk of infection with the bacteria. Chronobacter with formula milk, although it is a low risk.

The benefits of mass food manufacturing – such as standardization and quality control – are sometimes undermined by system vulnerabilities to greed and production disruptions.

As parents face the crisis, parents may come across the kind of advice I received from the nurse when I gave birth in the early days of the pandemic and there were no stores open, no delivery services: if you need formula milk, do the same. that used to be done back in the day and produce your own.

Fortunately, I didn’t have to look for evaporated milk, or deal with fractions of an ounce, to come up with a potentially dangerous concoction. But it was a reminder that, after all, our current situation is quite recent.

Read the original version of this report (in English) on the BBC Future website.

Previous With a return from the side, Cruzeiro discloses related to the game with Vasco
Next Johnny Depp wants to give up the 40 mi Amber Heard owes him; understand