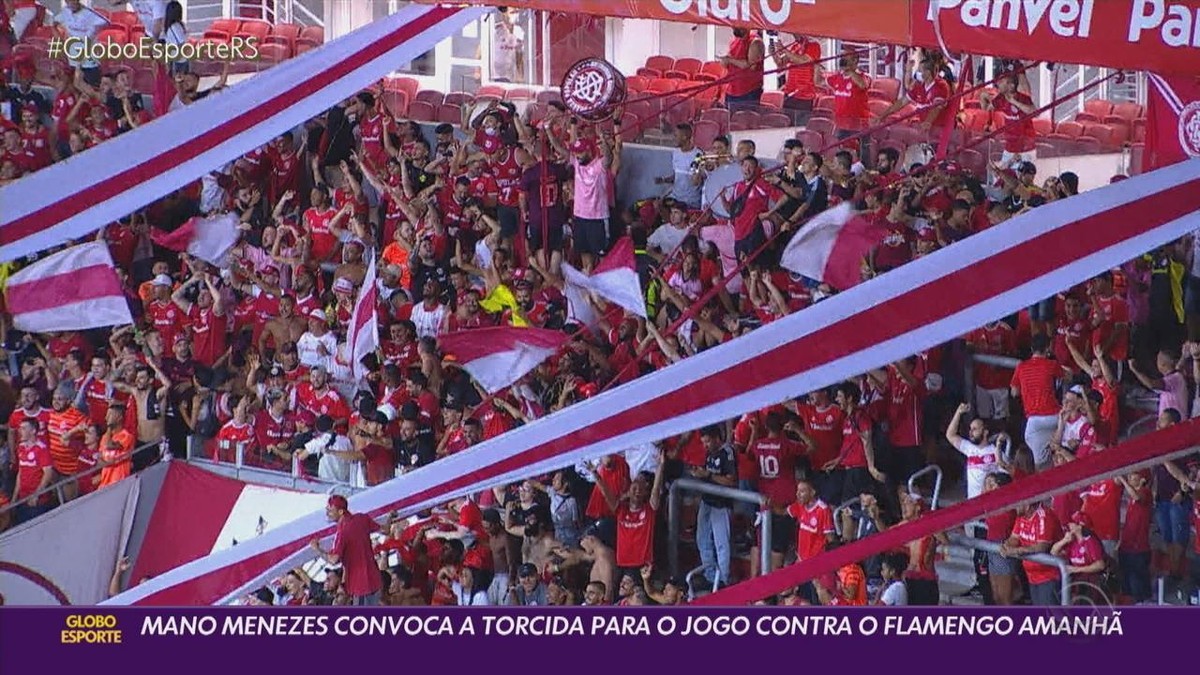 Inter lineup: Mano remains doubtful in midfield for a game with Flamengo; Mold back | International

The press only had access to the players’ warm-up. The novelty was the presence of Rodrigo Moledo, who is recovering from a muscle injury in his left thigh. The defender is still under observation, but is among those listed for Saturday’s match at 9pm.

In the closed part, Mano commanded a technical and tactical work, defined the 11 holders and guided offensive and defensive dead balls. The mystery on the red side is in midfield. Edenilson received his third yellow card in 1-1 draw against Santos and will need to comply with automatic suspension.

If opting for a defensive strategy, Rodrigo Dourado appears as the main alternative. The shirt 13 would act once again alongside Gabriel. Another possibility would be for Pedro Henrique to remain on the right side, with De Pena behind as second midfielder. Johnny, Mauricio and Taison run outside.

On attack command, tendency for David, who hasn’t hit the net for three months. German, if he presents good physical conditions, can appear in the team. Wesley Moraes returned to training after a gastroenteritis, but is not among the concentrates. Matheus Cadorini, recovered from swelling in his right thigh, is an option.

With Moledo’s return, the Colorado medical department begins to empty. There remain Boschilia (recovery from arthroscopy in the right knee) and Tiago Barbosa (recovery from a muscle injury).

Bruno Méndez, who played in the sixth game against Santos, will only be used by Mano if he is bought by the club.

+ Inter is close to agreement by Bruno Méndez

Inter and Flamengo face each other on Saturday, at 9 pm, in Beira-Rio, for the 11th round of the Brasileirão. Colorado hasn’t lost in 14 games this season, 12 of which under Mano’s command, while Rubro-Negro from Rio is coming off two straight defeats and changing coaches.

Previous Ceará fans make a move on social media against the hiring of Enderson Moreira
Next Top Hat 2022: Check out two Betfair Technical Tips by Position for Round #11 | betfair technical tips