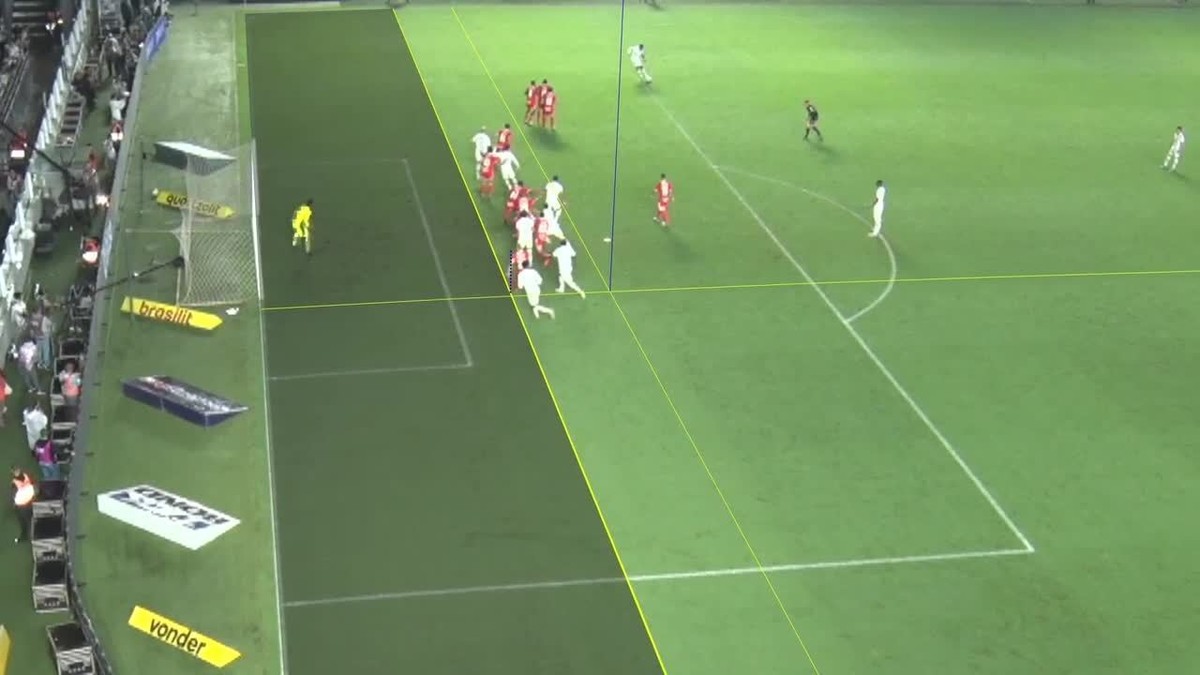 VAR audios and videos made available by the CBF show the dialogue between the referees and the lines drawn by the video operator in the annulment of Eduardo Bauermann’s goal, from Santos, in the 1-1 draw against Internacional, on Wednesday, in Vila Belmiro .

Still in the first half, the defender took advantage of a cross from Lucas Pires and, behind Gabriel, opened the scoring. However, after a VAR review, referee Ramon Abatti Abel noted offside. At Central do Apito, commentator Sálvio Spinola disagreed with the marking.

– The drawn line has to be sent to know the position. If the referee considers Maicon’s position offside, I completely disagree, because the ball goes to the opposite side and he doesn’t even interfere with Inter’s defender. For me, a nice goal – said Sálvio, at the time.

In the VAR dialogue, the referee just waits for the lines to be defined, which takes just over a minute to find the correct spot to “mark” Bauermann’s position. Once the function is over, video referee Pablo Ramon Goncalves Pinheiro passes the decision to his fieldmate:

In the game, VAR also acted in the bid before the foul, when Ramon Abatti Abel scored a penalty on top of Léo Baptistão. The video, however, showed that the infraction occurred outside the area.

In the second half, Lucas Braga’s goal was only validated after a new VAR call. On the field, the assistant marked offside of the striker after Bruno Oliveira’s pass, but Bruno Méndez, from Inter, gave a clear game condition.