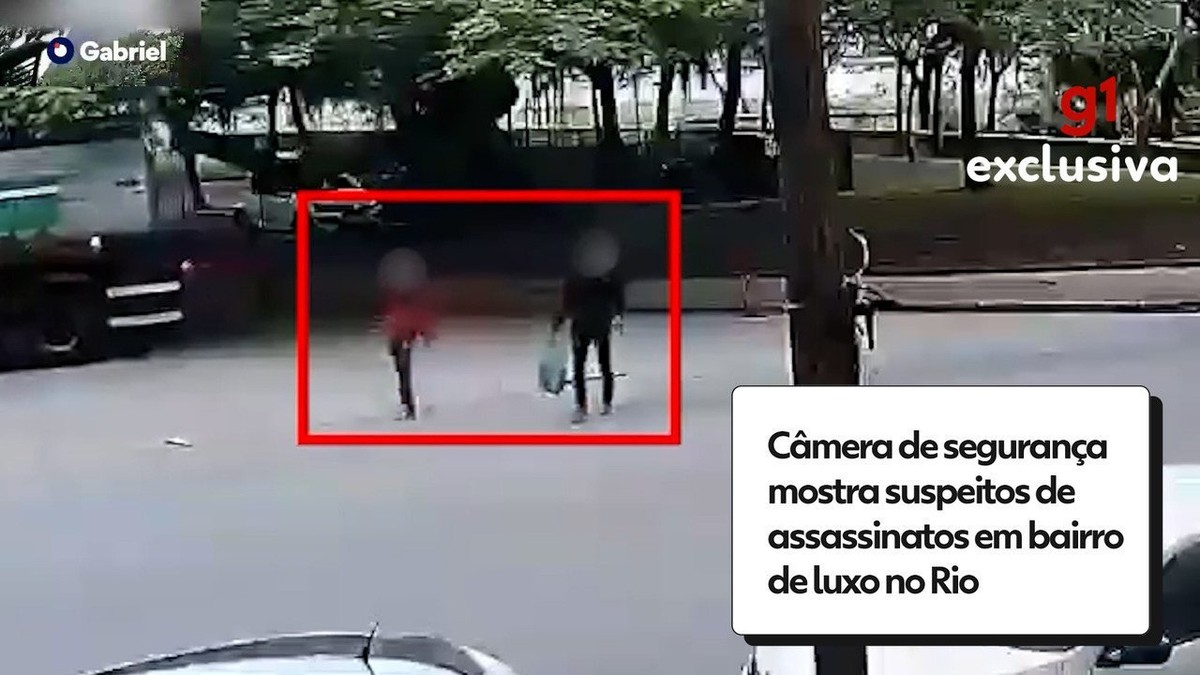 Images from security cameras in the area of ​​the building where an elderly woman and her housekeeper were killed show the approach of the two suspects in the crime in the early afternoon of Thursday (9). They spent about three hours in the apartment. The images were handed over to the Civil Police.

Martha Maria Lopes Pontes, 77 years old, and Alice Fernandes da Silva, 51 years oldwere killed inside the apartment in a luxury building in Flamengo, in the South Zone of Rio.

On Friday afternoon (10), Jonatan Correia Damasceno, one of the painters who worked on the apartment, was arrested in the Acari favela, in the North Zone of the city. The investigation is conducted by agents of the Capital Homicide Police Station (DHC).

Security camera image shows the exit of the suspects in the death of an elderly woman and day laborer at 4:41 pm — Photo: Reproduction

Jonathan confessed to the crime and told that he and William Oliveira Fonseca – the other painter – stayed in the apartment with the women for about three hours. William is still wanted by the police.

The recording shows the two suspects entering the building around 1:36 pm, when they would have been allowed to go up to the property. At 4:41 pm, you can see them leaving the building and walking towards the subway station. One of them wears a black coat and the other a red outfit.

The clothes are similar to those worn by the men who appear in the security camera footage of the building’s elevator.

Suspects in the elevator of the building — Photo: Reproduction / Personal Archive

The images are from high-resolution cameras installed in buildings in the region.

The bodies of Martha Maria and Alice were found at the property. Both had their necks cut and the owner of the property was charred.

Also according to the police, Jonatan went to the bank and made three withdrawals of R$5,000 each during the period in which William held the women hostage. The checks were from Martha.

Alice’s son claimed that the two painters who did a job on the property tried to extort money from the landlady.

The police are looking for William Oliveira Fonseca, who was not found by the police. According to those responsible for the investigation, the two will be indicted for three crimes: robbery, which is robbery followed by death; extortion and the fire in the apartment.