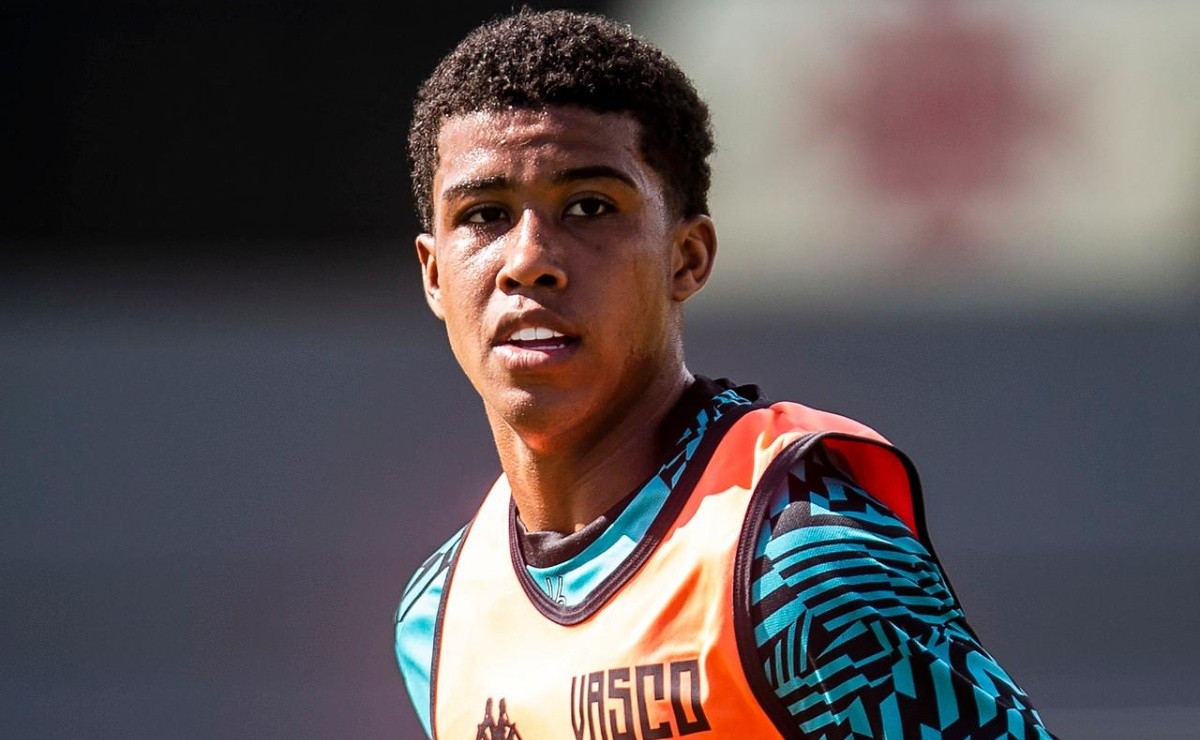 “Sent scout to ES”; Andrey Santos sees European giant in pursuit to take him away from Vasco

that the Vasco open your eyes, for the going of Andrey Santos to ES at the service of the Brazilian Under-20 National Team will be accompanied in loco by a scout from Barcelona. The information comes from colleagues Igor Rodrigues and Tébaro Schmidt, from GE. The representative of the Catalan club has already followed the match last Wednesday (08) in which the Cruz-Maltino midfielder was left out.

Andrey did not go to the field for Brazil, commanded by Ramon Menezes, who has known Andrey for some time, against Paraguay, because, the day before, he had been a starter in Vasco’s 3-2 victory over Náutico in Série B of the Brasileirão, in the Recife. The 18-year-old midfielder even scored a great goal after scoring with Nenê – exactly his first as a professional.

After beating Paraguay on Wednesday, the U-20 team returns to the field this Friday (10th) to face Ecuador, at 20:30 (Brasília time), again in Cariacica. The Colina boy has a contract with Vasco until August 2023, but the parties are in advanced talks for a renewal in São Januário.

777 Partners, which is close to definitively completing the acquisition of 70% of SAF do Vasco, treats the issue with caution and does not want to rush at such a decisive moment. The North American partners think about the sporting return that Andrey can provide Cruz-Maltino in the short term, especially in the plan to return to the elite of Brazilian football in 2023.

Still according to the GE, Andrey was recently managed by Giuliano Bertolucci, one of the biggest entrepreneurs in Brazilian football. the representative is famous for managing names like Reinier, Antony, Bruno Guimarães, David Neres, among other names in world football.