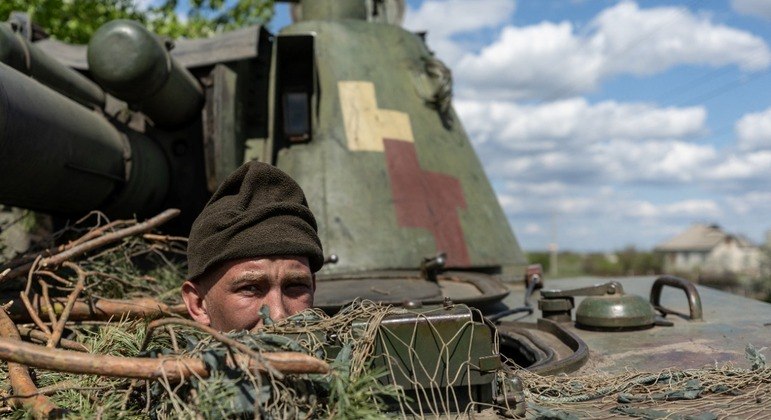 About 10,000 Ukrainian soldiers have died since the beginning of the Russian invasion, as reported on Saturday (11) by the adviser to President Volodmyr Zelensky, Oleksiy Arestovych, via YouTube.

Ukrainian Defense Minister Oleksii Reznikov had estimated in a recent message that the number of his own soldiers killed each day in combat was around 100.

This is the first number reported by Kiev of the total number of Ukrainian soldiers killed since the start of the war on 24 February, although Arestovych himself described it as “approximate”.

The Ukrainian General Staff estimates, on the other hand, that the Russian army has suffered around 32,000 casualties among its soldiers, around 150 of which in the last 24 hours.

Ukrainian military sources also reported that heavy bombing continued in the Kherson region as well as across the Donbass front, and called on their western allies to speed up the dispatch of ammunition and the supply of heavy weaponry.

In his usual nightly message to the country, Zelensky described as “very fierce” the fight in Donbass against the Russian army, which, according to the Ukrainian president, is trying to destroy every city in the east of the country.

“The fierce fight continues in Donbass. I repeat these names every day: Severodonetsk, Lysychansk, Bakhmut, Sloviansk”, he said.

The Ukrainian president accused Russia of wanting to “destroy all the cities of the Donbass, ‘all of them’ is no exaggeration. Like Volnovakha, like Mariupol.”

This is probably, he added, “the fastest example of the complete degradation of any country: the path the Russian state has traveled in 107 days” since the invasion of Ukraine.

Previous Chrome OS Flex: See apps for those migrating from Windows
Next Check TV Globo’s movie schedule from June 11 to 17, 2022