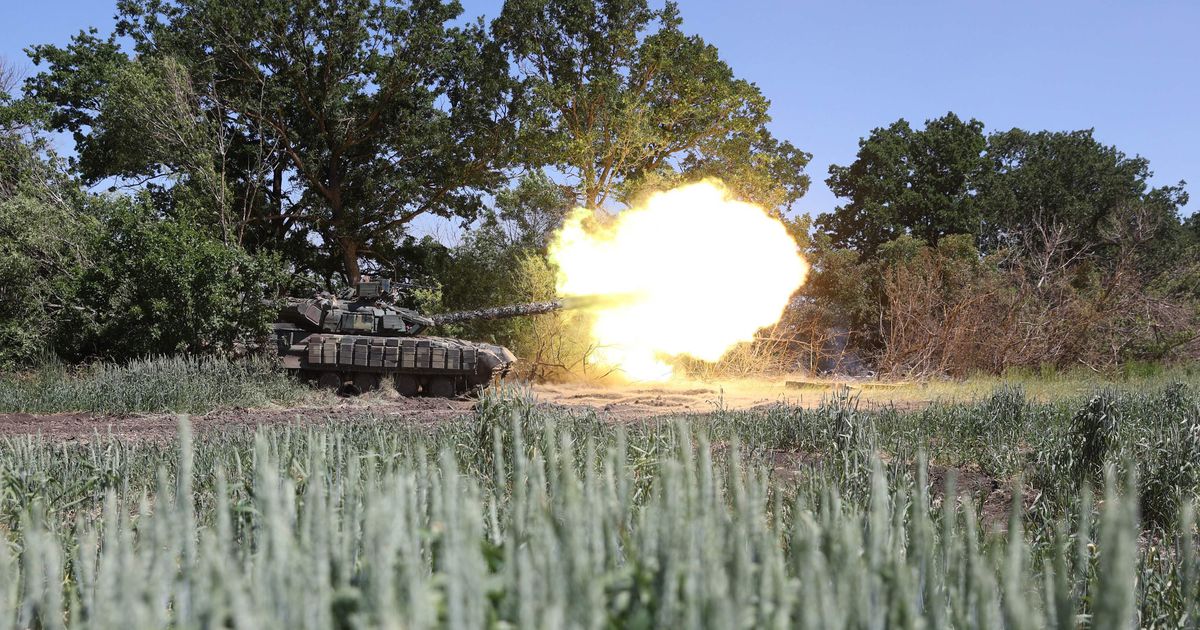 KIEV – As the russian invasion gives Ukraine enters its fourth month, authorities in Kiev claim to face a shortage of ammunition to face Russian troops attacking the east of the country. In the assessment of the Ukrainian government, if the West does not send more weapons to confront the experienced Russian artillery, defeat is close.

In an interview with the British newspaper The GuardianUkraine’s deputy military intelligence chief Vadim Skibitski said that Ukraine is losing to Russia on the front lines and relies almost exclusively on Western weapons to maintain its defense. “This is an artillery war now,” Skibitski said. “Everything now depends on what [o Ocidente] gives us.”

By then, Ukraine had racked up surprising military gains in the war, forcing Russia to pull back its offensive in the east of the country. Analysts attribute the success to the West’s rapid response in sending military aid to Kiev, as well as imposing tough sanctions on Russia that cost investment in war apparatus. But now Moscow appears to be shifting its strategy to an artillery war.which will require more sophisticated equipment for Ukraine to respond, making it entirely dependent on Western shipments.

Ratio of one to ten

Also according to Skibitski, Ukraine has one artillery piece for every 10 to 15 Russian artillery pieces. “Our western partners have given us about 10% of what they have,” he said. And he added that Ukraine is using 5,000 to 6,000 artillery rounds a day, which puts the resource in check for the foreseeable future. “We have almost exhausted all our ammunition and are now using standard projectiles from the nato caliber 155″, he said.

“THE Europe is also delivering smaller caliber projectiles, but as Europe gets tired, the quantity is getting smaller,” he lamented.

Furthermore, the loss of soldiers has been a wake-up call for Ukraine. Although the country keeps its number of military losses a secret, the president Volodmyr Zelensky said last week that between 60 and 100 soldiers a day have died in the conflict and another 500 are injured.. Zelensky’s adviser, Mikhailo Podoliak, told the BBC that losses can be even greater, from 100 to 200 soldiers a day.

Ukrainian Defense Minister Oleksi Reznikov renewed his calls for more military aid last Thursday to keep defenses in check. Severodonetskwhich Zelensky said was fundamental to the fight for the eastern region of Donbas. Reznikov said that while he was grateful for Western support, he was “not satisfied with the pace and quantity of weapons supplies. Absolutely not.”

According to analysts, the Kremlin intends to explore precisely the possibility that, with the conflict dragging on and entrenching, there will be a possible waning of interest among Western powers that could pressure Ukraine into a deal.

Zelensky has already been irritated by Western suggestions that he should accept some sort of compromise. Ukraine, he said, will decide its own terms for peace. “Fatigue is growing, people want some kind of result [que seja benéfico] for themselves and we want [outro] result for ourselves,” he said.

An Italian peace proposal was rejected, and the French president Emmanuel Macron was met with an angry reaction after he was quoted as saying that while Putin’s invasion was a “historic mistake”, world powers should not “humiliate Russia when the fighting stops, we can build a way out together through diplomatic avenues.” ” The Minister of Foreign Affairs of Ukraine, Dmitro Kulebasaid such talk “can only humiliate France and all other countries that ask for it”.

Even a remark by the former Secretary of State for United States Henry Kissinger that Ukraine should consider territorial concessions provoked a retort from Zelensky that it was equivalent to the European powers in 1938 to leave the Germany Nazi claim parts of Czechoslovakia to contain Adolf Hitler’s aggression.

Last week, members of the Russian economic elite who spoke to the American newspaper The Washington Post on condition of anonymity revealed that the president’s strategy Vladimir Putin It is prepare for a long war of attrition, with the aim of using economic weaponsas a blockade on Ukrainian grain exports, precisely to reduce Western support for Kiev.

Kiev wants to drive Russia out of newly captured areas in eastern and southern Ukraine, as well as retake Crimea, which Moscow annexed in 2014, and parts of Donbas under the control of Kremlin-backed separatists for the past eight years. Each month of war costs Ukraine $5 billion, said Volodmir Fesenko, a political analyst at the Penta Center think tank, and this “makes Kiev dependent on the consolidated position of Western countries”.

Ukraine will need even more advanced weaponry to secure victory, along with the western determination to keep the economic pain on Russia to weaken Moscow. “It is obvious that Russia is determined to wear down the West and is now building its strategy on the assumption that Western countries will get tired and gradually begin to shift their militant rhetoric to a more accommodative one,” Fesenko said in an interview with The New York Times.

The US continues to help Ukraine, with President Joe Biden saying last week that Washington will provide advanced rocket and munitions systems that will allow you to more accurately hit the main targets on the battlefield. In an article in The New York Times on May 31, Biden said, “I will not pressure the Ukrainian government – ​​in private or public – to make territorial concessions.”

Ukraine has made calls for long-range rockets now that the war is turning into an artillery conflict. This week, Ukrainian presidential adviser Oleksi Arestovich told The Guardian that Ukraine needed 60 multiple rocket launchers – far more than the countries promised so far.

Germany, which has faced criticism from Kiev and elsewhere for its initial hesitation, has pledged its most modern air defense systems yet. “There was nothing like it, even in the Cold War, when the Soviet Union looked most threatening,” said Nigel Gould-Davies, senior fellow for Russia and Eurasia at the International Institute for Strategic Studies.

While he doesn’t see a significant erosion in “emphatic support for Ukraine,” Gould-Davies said that “there are indications of different tensions over what the West’s goals should be. These have not yet been clearly defined.”

While European leaders hailed the decision to block 90% of Russian oil exports by the end of the year as “a complete success”, it took four weeks of negotiations and included a concession that allowed Hungary, widely seen as the closest ally to close to the Kremlin in the EU, continue imports. More weeks of policy adjustments are needed.

“It shows that unity in Europe is decreasing a little bit with the Russian invasion,” said Matteo Villa, an analyst at the ISPI think tank in Milan. “There is this kind of fatigue setting in among member states in finding new ways to sanction Russia and clearly within the European Union there are some countries that are less and less willing to continue with sanctions.”

Wary of the economic impact of new energy sanctions, the European Commission has signaled that it will not rush to propose new restrictive measures targeting Russian gas. EU lawmakers are also calling for financial help for citizens hit by heating and rising fuel prices to ensure public support for Ukraine does not wane./AP and NYT