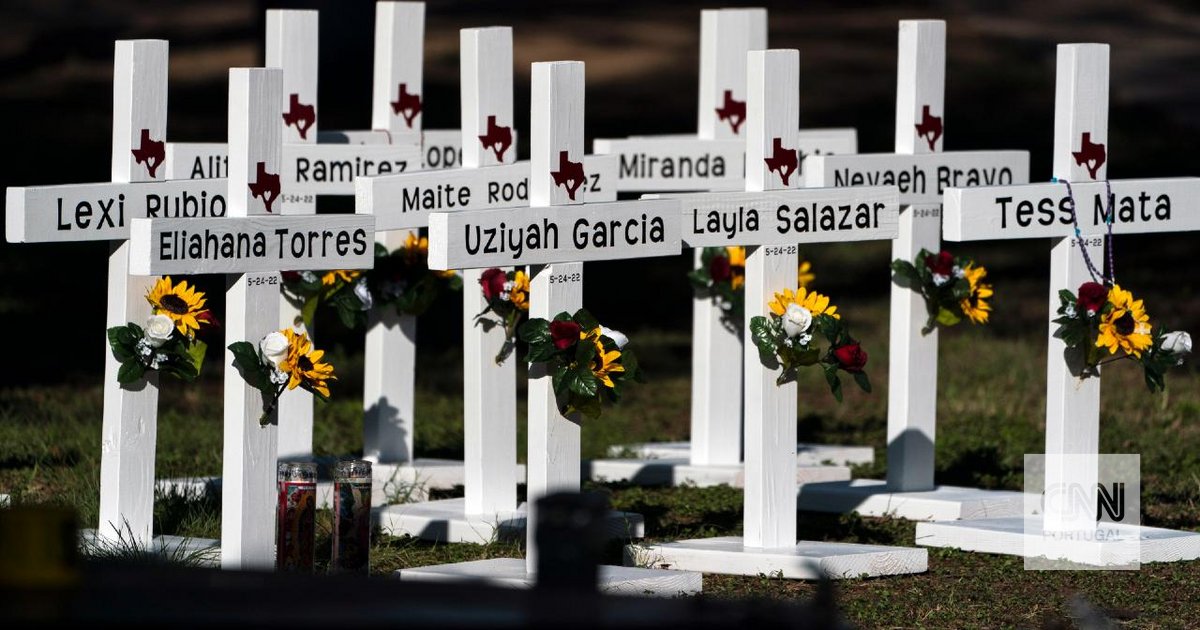 Uvalde’s teacher told the 11 students to “pretend they were sleeping”. They were all killed except him, who cries as he tells his parents: “I’m sorry. I did my best”

Arnulfo Reyes cannot forgive the police for taking more than an hour to stop a gunman who killed 11 fourth-grade students in his Texas elementary school classroom and 10 other people in the next room, he told ABC.

Reyes, a teacher who was shot twice during the May 24 massacre at Robb Primary School in Uvalde, recalled the horror that unfolded in his classroom and in an adjacent room and also spoke in interviews that were broadcast Monday and Tuesday about his growing anger at the authorities.

“After all this, I’m upset because… I didn’t have anything for protection like a bulletproof vest,” Reyes told ABC’s Amy Robach in a segment broadcast Tuesday on “Good Morning America.” .

“It’s supposed to protect and serve… Nothing excuses your actions. And I will never forgive them,” the fourth-grade reading and English/language arts teacher said in some of his first public comments since the massacre.

The gunman, Salvador Ramos, 18, broke into Reyes’s classroom and an adjacent one, killing 19 fourth-grade students and two teachers, authorities said. He was in classrooms for more than an hour before he was shot and killed by a Border Patrol tactical response team, a chronology provided by the Texas Department of Public Safety shows.

Officers responded a few minutes after the gunman entered the classroom, but were repelled by the gunman’s fire and then positioned themselves in a hallway to ask for backup and equipment, such as bulletproof vests, even when the children were inside. they were calling 911 (equivalent to 112 in Portugal) begging for police help, the chronology indicates.

It was a “wrong decision” on the part of the school district’s police chief not to confront the shooter sooner, Colonel Steven McCraw, director of the Texas DPS, said three days later. The person in charge is Pedro “Pete” Arredondo.

Teacher told students to “pretend they were sleeping”

Reyes shared terrifying accounts of what happened inside the two classrooms.

On that day, the students had attended an end-of-year ceremony and some had returned home afterward. For those who stayed at the school, Reyes told ABC that he was showing a movie and that he also aired parts of his Monday interview on “World News Tonight with David Muir.”

Then the students heard gunshots and asked him what was going on.

“While they were doing that and I was gathering them under the table and telling them to pretend they were sleeping, that’s about when I turned around and saw him standing there.”

The sniper opened fire, hitting Reyes. One bullet went through his arm and lung and another hit his back, ABC reported.

Reyes couldn’t move after being shot, he said, and the gunman turned his gun on the students.

Officers could be heard outside the classroom and a child in another room begged the police for help, Reyes said. But Reyes thinks the agents had already retreated down a corridor by then, he told ABC.

“One of the students in the next classroom said, ‘Agent, we’re here. We’re here,” he said. “But they had already left.”

“I said to myself, ‘I told my students to pretend they were sleeping, so I’m going to do the same,’” he recalled.

When the Border Patrol unit eventually walked in, “there were bullets everywhere,” he told ABC.

“And then all I remember is the Border Patrol saying, ‘Get up, get up.’ And I couldn’t get up,” Reyes said.

Reyes was in room 111 and all the students who were in the classroom at the time of the shooting were killed, he told the channel. A student who survived the shooting said he was in room 111, according to The Texas Tribune. It was not immediately clear how the two statements were reconciled.

Reyes had a message for the students’ parents.

“Am sorry. I did my best for what I was told to do. Please don’t be upset with me”he told ABC in tears.

Reyes has been teaching for 17 years, according to ABC. At least seven of those years were in the Uvalde Consolidated Independent School District, according to the biography on their district page.

No amount of training could have prepared him or his students for the carnage they faced, he said.

“It all happened too quickly. With training, without training, any type of training. There is nothing that prepares us for this,” he said.

“We taught our children to sit under the table and that’s what I thought at the time… but we prepared them to be easy targets.

“They can give us all the training they want, but… the laws have to change,” he said. “It will never change unless they change the laws.”

Reyes would like the legal age to buy a gun to be raised, ABC reported. Since Uvalde’s attack, the US Senate has been discussing such a change.

“No one in this world deserves this kind of pain. Nobody deserves this,” he told ABC. “I’ll go to the end of the world to make sure things change.”

Travis Caldwell of CNN contributed to this article.

Previous Offer: Xiaomi Mi Band 7 comes out with 30% off on AliExpress
Next Viola Davis, Jason Bateman and More Will Be in New Ben Affleck Film