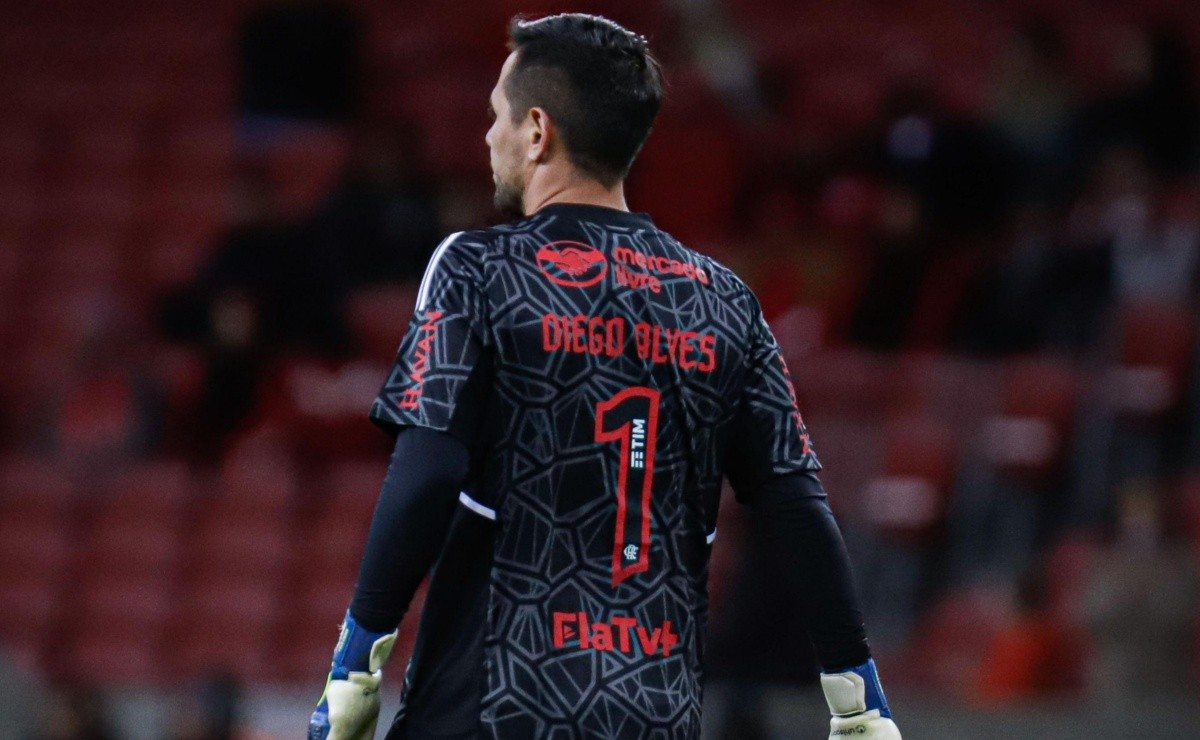 “A freak”; Flamengo fans get angry with Diego Alves in the goal and ask for the goalkeeper to leave

Last Saturday (11), Internacional and Flamengo played for the tenth round of the Brazilian championship. On the Mengão side, coach Dorival Júnior made his debut in charge of the team after Paulo Sousa was fired. The atmosphere in Gávea was not the best after the poor performance of the Portuguese.

With a new coach, Diego Alves had his chance to return to Flamengo’s goal, but his performance seems to have not pleased part of the crowd, who complained on social media and even asked for the goalkeeper to leave the Rio de Janeiro team.

Many fans blamed the goalkeeper for the defeat of Flamengo last Saturday (11), especially in the opening 45 minutes of the match. With the negative result, Mengão has five defeats in the Brasileirão.

The team occupies the fifteenth place, with only twelve points added, the same as the first team that is in the relegation zone, which is Cuiabá.

Fans ask for Diego Alves to leave Flamengo after his performance against Internacional:

Previous Along with the bad phase in Flamengo, Gabigol lives default by the ‘Pharaoh of Bitcoins’ | Lauro Jardim
Next ‘Stranger Things’ and the Unforgettable Gangs of Pop Culture in Film and TV