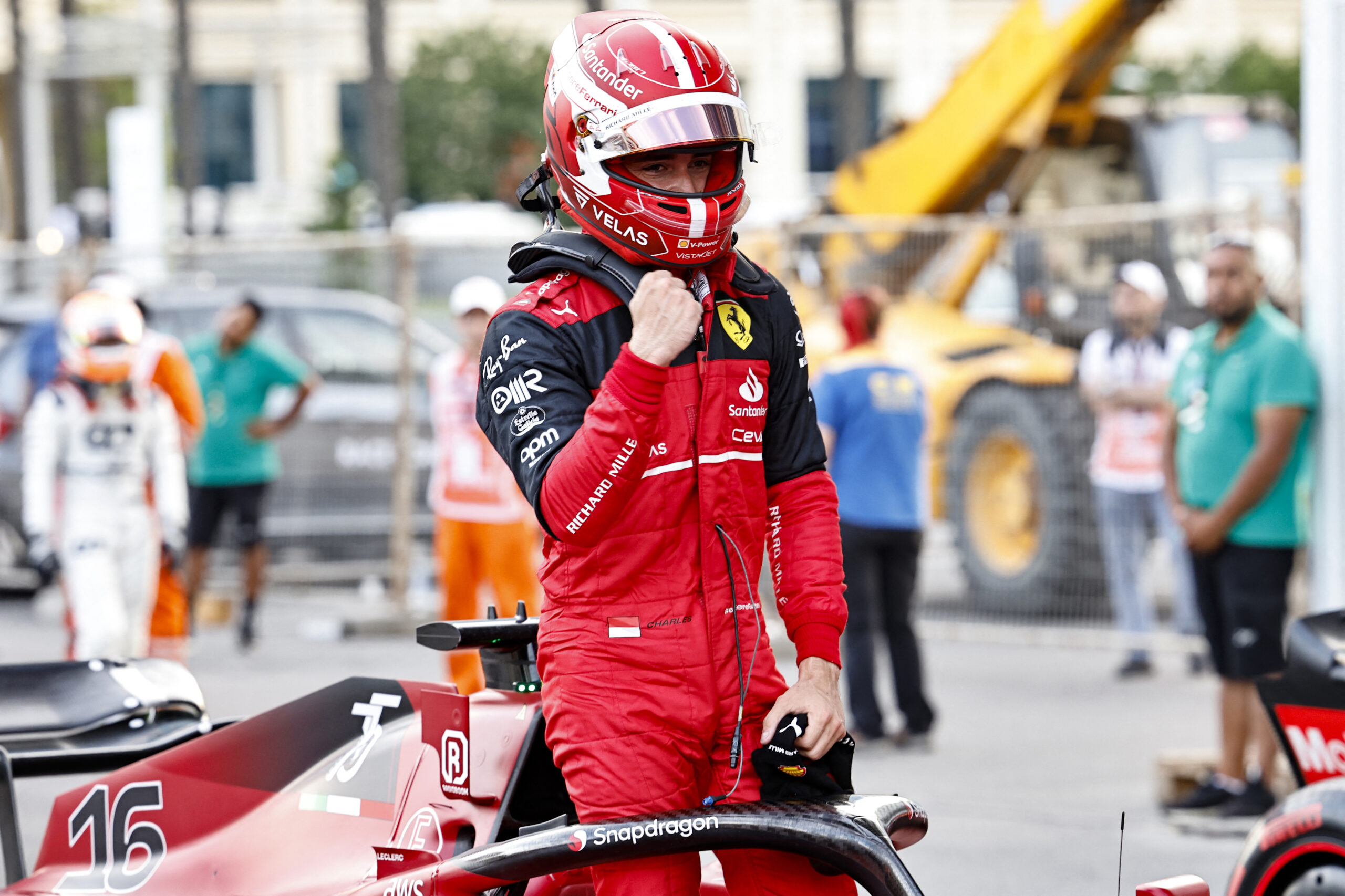 There’s not much to dispute: Charles Leclerc is among the greatest classifiers in the history of Formula 1. Car in hand, the Monegasque glided as he wished through the streets of Baku, dodging walls and corners, to nail one of the most spectacular poles in history. career. It is the sixth position of honor in eight stages – the fourth in a row in 2022. But anyone who thinks that the performance came only on top of a less loaded Ferrari rear wing is wrong. The truth is that Leclerc flew in the intermediate sector, and that gave him plenty of time to overcome Red Bull and secure the front row. From now on, the Italians can think of the Azerbaijan GP as a new opportunity to try to get back at their rival.

The scenario in the Azerbaijani capital presented a more cautious Ferrari. It is well known that the F1-75 has its strongest point in the curves, especially the medium and low speed sections. Aerodynamic efficiency is remarkable at this point. The update made in Spain now also helps with better tire management. But it was the straight-line speed that caught the eye. It’s not that the red car has the same performance as the RB18, but the revised rear wing was a huge help, although not yet decisive. The case is that the Italians were able to balance forces, between downforce and efficiency in a straight line – while the car gained speed, it didn’t lose pace in corners. The set of all this made Charles and also Carlos Sainz appear ahead.

Of course, there is a personal element to everything. That is to say, the unique performance of each one and, in this regard, the Monegasque was once again superior. Sainz even rehearsed the dispute, but was carried away by small mistakes at the beginning of the final attempt. Fourth place is a bitter place for the Spaniard, who was in a position to go much further.

On the other side is Charles. The final turn was masterful, dominating all parts of the track and having the second sector – the most selective section – as the high point. It was there that Leclerc secured pole, when he imposed almost 0s4 on his opponents. All this without a vacuum, by the way. “It was a very disputed classification. We are getting used to Charles doing an amazing lap in Q3 and today, in his last attempt, we saw once again how he always gets something extra out of himself and the car.”

There is still a significant difference in top speed compared to the Taureans, but Ferrari now seems to have a way to cope with race pace. That’s because, on a track where classification is not decisive, performance in long stints will be fundamental. And the heat can help smiths, who now wear out their tires less. “We are now preparing for the race, together with our colleagues in Maranello. We know that, in terms of racing, our closest rivals are faster than they are in qualifying and maybe they have an advantage over us when it comes to straight-line speed.”

“However, given what we’ve seen so far this weekend, I think the smallest detail can make a difference in the race, with a lot of factors at play. The first of these is tire management and, as we can expect very hot conditions, race pace will be key.”

READ TOO
+Leclerc says he is extremely happy for pole and admits: ‘I didn’t expect it’
+Perez regrets ‘hit on the wall’ that took away pole position
+Verstappen admits mistake on last lap, but sees ‘good opportunity’
+Sainz regrets 4th on the grid, but praises progress: ‘I was in contention’

And it’s one of Ferrari’s strengths. As in Monaco, the Italian team has shown that it has a consistent performance on medium tires and higher fuel load. “In Barcelona and Monaco we manage well [os compostos], although in Monaco it was difficult to see anything. But overall, our race pace has increased since we brought updates. Tomorrow it will be interesting if this is repeated here as well”, explained Charles.

Certainly, the Italians should also play with Sainz in the second row. “At every track it’s important to always be able to count on both drivers at the front and here we can expect a very tactical race, so having Carlos close to the Red Bull cars means we can face them on equal terms,” ​​recalled Mekies.

Like Ferrari, Red Bull is also betting on race pace and higher final speed to reverse positions this Sunday. And you’re right. While it’s not completely clear how much Taurus performance approaches the reds, the issue of straight-line performance is indisputable. “I hope we can make their (Ferrari) lives difficult tomorrow. With a straight as long as this, the DRS effect is very potent – ​​but you need to be close enough to use it in the second sector. So it will be all about taking the fight to them. Convert the start”, preached Christian Horner, the boss of Red Bull.

“I thought, before qualifying, that it would be a very close race and that Ferrari had the advantage in the pace of one lap, but we have shown so far that on Sundays we have a good and competitive car – on a track that allows overtaking.” analyzed Horner.

But energetics also have their quarrels to resolve. Sergio Pérez continued the best moment of his career and secured an important second position on the grid, ahead of Max Verstappen. The Mexican used all the power of the RB18 to secure the result that could have been even better. The case is that Pérez had an engine problem just before the final attempt and ended up losing a minute, which also made him miss the chance for a slipstream. Hence the complaint on the radio after the end of Q3.

Pérez is coming off a win and just had his contract renewed. It will be interesting to understand how Red Bull will handle this at a time in the championship when Verstappen doesn’t seem all that comfortable with the car. “It’s not how I would like it, but the team being second and third gives a good opportunity for tomorrow. There’s something missing for us with the pace of laps thrown, that’s clear. Usually on longer stints the car is good, and here it should be the same”, said the world champion.

The whole point here is that Ferrari looks less vulnerable than other tracks in this setup, but Red Bull has its weapons. The Azerbaijan GP, ​​in theory, is on the way to having just one stop, with medium-hardcore being the main scheme. But this is also a trap race – whether for the safety car or for natural chaos. So, be careful is little.

O BIG PRIZE accompanies all the activities of Formula 1LIVE and IN REAL TIME. On Sunday, the schedule indicates departure at 8 am [de Brasília, GMT-3].

The selection of Senegal upset the odds (and the stakes), defeated the Ecuador 2-1 and …