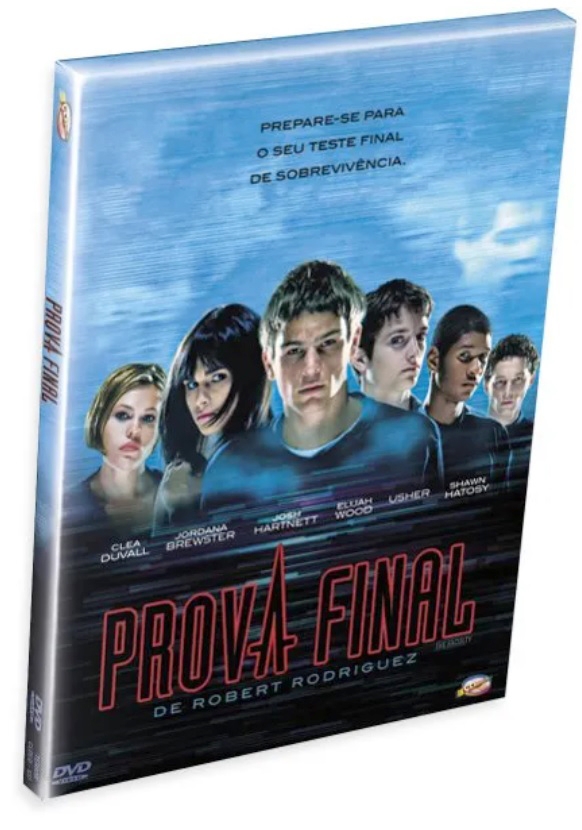 Students at a high school in a small Ohio town suspect that their teachers have been turned into aliens. They team up to understand what’s behind the case.

From Robert Rodriguez, American director of Mexican descent, responsible for many films that have become cult, including in Brazil, such as ‘El Mariachi’ (1992) and its remake, ‘The Gunman’s Ballad’ (1995), ‘A drink in hell ‘ (1996) and ‘Sin City: Sin City’ (2005), ‘Final Exam’ (1998) is one of his most different and creative works. It’s a horror with dark humor and bizarre creatures, about a group of students who investigate the behavior of their teachers, when they suspect that their bodies have been taken over by aliens. At the time of VHS, the film was a hit with young people and helped to establish the director’s career in the US (this was his fourth feature film).

Shot inside a real school in Lockhart, Texas, with the real inhabitants of the city, the film marked the debut of the Panamanian of Brazilian mother Jordana Brewster, who would later join the cast of ‘The Fast and the Furious’ and do almost all the franchise.

It was also rapper Usher’s debut as an actor, and several actors were at the start of their careers, such as Josh Hartnett, Elijah Wood, Clea DuVall and Shawn Hatosy. Others were already known for horror and action films, such as professors taken over by aliens, Robert Patrick (the T-1000 from ‘Terminator 2: The Last Judgment’), Piper Laurie (nominee for three Oscars, among the nominations as the mother of the character in ‘Carrie: The Stranger’), Bebe Neuwirth (from the series ‘Cheers’) and Daniel Von Bargen (from ‘The Master of Illusions’) – not to mention the participation of the beautiful Salma Hayek and Famke Jansse.

The plot has echoes of ‘The Riddle of Another World’ (1982), and even the director pays homage to the John Carpenter film, in the drug test scene. It brings strong evidence from other films of the genre, such as ‘Vampires of souls’ (1956) and the remake ‘Body Invaders’ (1978), which spoke of an alien form that took possession of human bodies turning them into strange zombies.

The script, with the face of a scifi movie from the 70s/80s, was written in 1990, but shelved, and only eight years later the producer Miramax, owned by the Weinstein brothers and at that time recently acquired by Disney, decided to shoot the project – the screenwriter Kevin williamson, creator of the ‘Scream’ franchise, took over and rewrote the script, with more slasher scenes (of bloody deaths) and inserting gooey creatures. For the fans, a plate full!

It has just been released on DVD by Classicline, with glove and card, and as an extra, behind the scenes of the film.

Previous The Walking Dead star hints at the return of a major character in a new spinoff
Next Vítor Pereira approves Corinthians’ performance, says there were more goals and regrets Jô’s departure | Corinthians