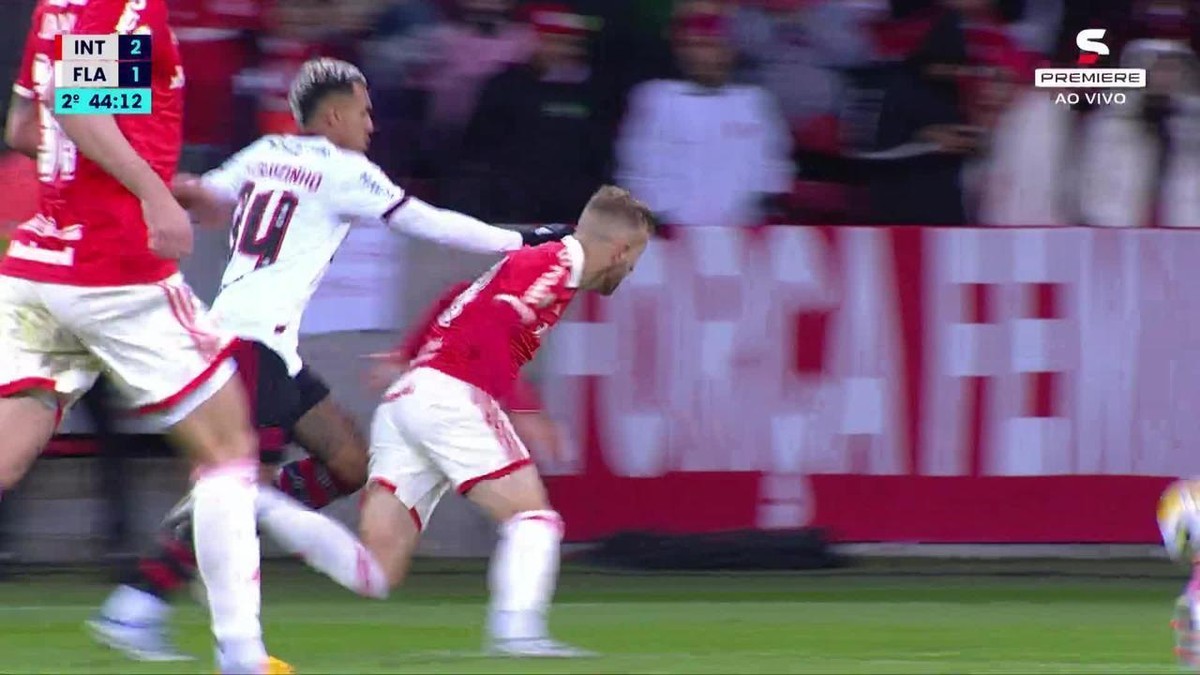 Flamengo’s return to Rio de Janeiro after the defeat to Internacional was marked by protests. About 20 fans went to Galeão airport and harassed players and officials. Marcos Braz, vice president of football, and midfielder Willian Arão were the main targets. Filipe Luis and Everton Ribeiro were also cursed.

Fans also echoed chants of “team without shame” as players made their way to the Flamengo bus.

The delegation landed around 2:25 am this Sunday, but it took almost an hour to actually leave the airport. Aware of possible protests, Flamengo reinforced security and also had the help of Galeão employees and military police.

Flamengo fans on the landing of the squad after defeat to Inter — Photo: Ronald Lincoln Jr.

With the presence of the fans, the players were waiting in the lobby of the administrative entrance of Galeão, while the security guards of Flamengo tried to control the situation with the protesters outside.

In the end, the cast and coaching staff left for the Flamengo bus, instead of splitting up in private cars. Players will have the day off this Sunday.

This was Flamengo’s third consecutive defeat, and the situation in the table is dangerous. The team continues with 12 points, in 15th place – the same score as the first team in the relegation zone: Cuiabá.

And it will be exactly the Mato Grosso team that the Dorival Junior team will face to try to rehabilitate. Flamengo and Cuiabá face each other at Maracanã, next Wednesday, for the 12th round of the Brazilian Championship.

Previous Sport accumulates millionaire lawsuits in Justice and runs in negotiations to contain damages: “No to” | sport
Next Peter the Great made Russia a power in the 17th century – 06/11/2022 – World