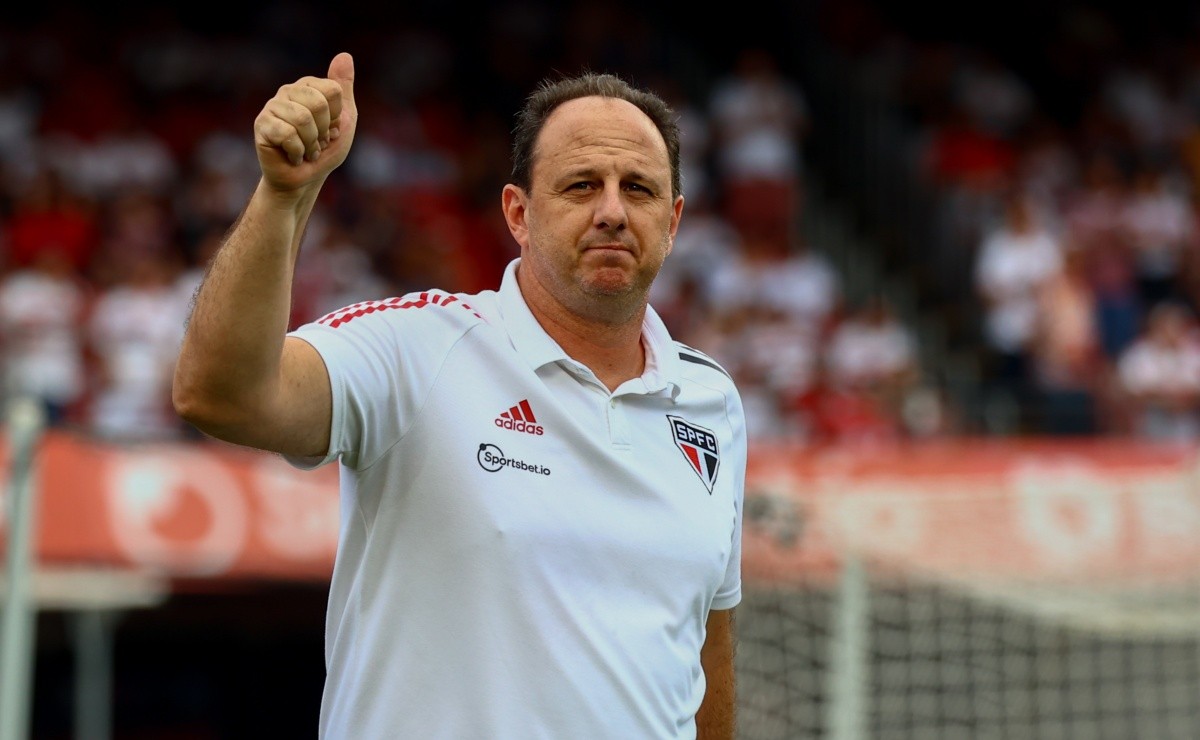 “Honor”; If he wins América-MG, Rogério’s athlete will break an important record in the history of São Paulo

The player is already ahead of Müller and Jorge Wagner, and can pass Pedro Rocha

São Paulo enters the field this Sunday (12), to face América-MG and seeks achievements this season. The three points can provide a position in the G4, depending on other results. The match will be held at Morumbi, at 4 pm and will be valid for the 11th round of the Brasileirão. If the team coached by Rogério Ceni wins at home, a player from the team will also have made to celebrate.

After an irregular 2021, Tricolor seeks a better position in the Brazilian table. Last year, the team was in 13th place, reserving only one spot in the Copa Sudamericana. Despite doing well in the continental tournament, the Club is aiming for bigger things this year and intends to back to Libertadores. Without losing in the competition since April 17, in the second round, to Flamengo, the three-time champion of America tries to keep the invincibility and move up in position.

who also defends a big brand invincibility, is the right-back Igor Vinicius. Despite not being unanimous among the fans, the player can become the athlete with the highest number of games without losing in Morumbi. In case of victory against América-MG, the professional will reach 38 unbeaten games in the stadium. Currently, Igor Vinícius is tied with Pedro Rocha, and has already passed Jorge Wagner and Müller.

On the eve of the game, the winger spoke to Gloesporte.com about the possibility of andwrite your name in the history of São Paulo. For him, confrontation has a greater taste, but it is still a difficult task. The player also talked about the team’s goals for the season, and how much Rogério Ceni influences the team’s path towards the goals this year.

“It is an honor to be able to reach a mark like this in a giant club like São Paulo. It will be a great game, the América (MG) team is very organized, but I trust the work of the group. Of course, reaching that record is very important to me. However, the focus is always São Paulo. We want to go far this season and I believe a lot in our group and in our coach, who has given confidence to all the players”, revealed the athlete who may have the greatest unbeaten record in the history of the morumbi.