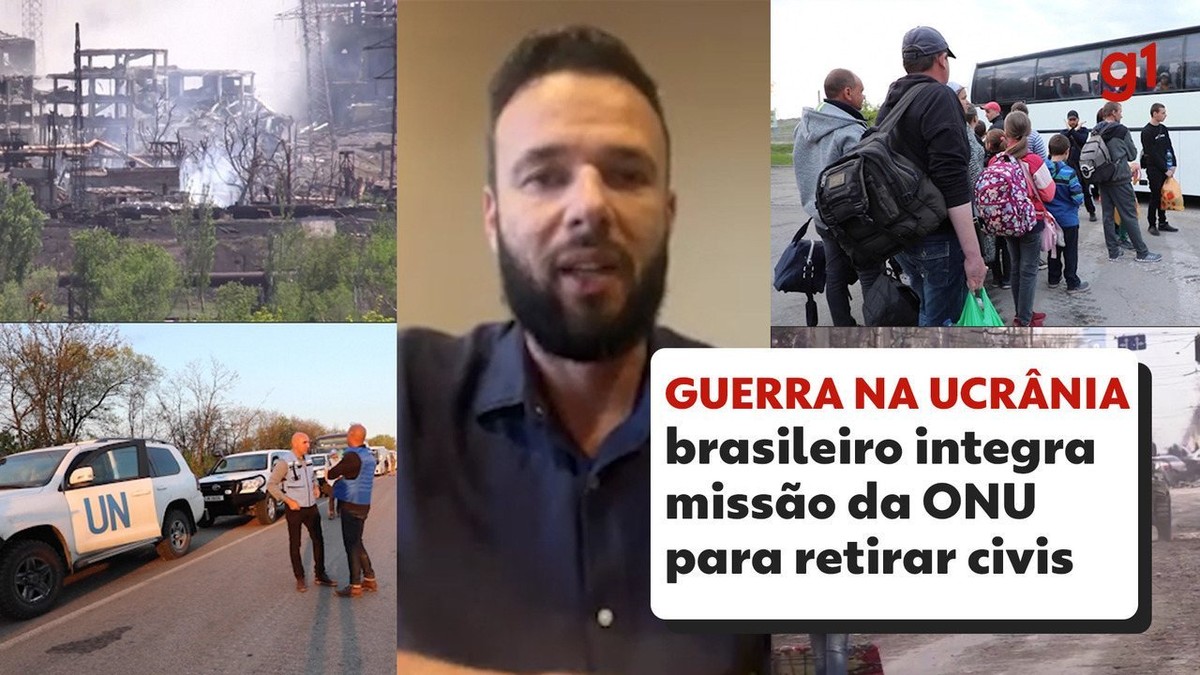 ‘It took me 2 months to tell my mother I was in Ukraine’: Brazilian from the UN tells how he helped people in a destroyed city | Ukraine and Russia

Saviano Abreu, from Minas Gerais, spent two months in Ukraine and, as a UN employee, helped negotiate the evacuation of hundreds of civilians who were at the Azovstal steelworks in Mariupol.

The port city of Mariupol, in southern Ukraine, was the scene of one of the harshest conflicts of the war. Surrounded for more than 2 months, the inhabitants were left without access to water, supplies or energy. The city was completely destroyed. The Azovstal steel mill was the last place of resistance before the city was completely taken over by Russian troops.

“We need to know exactly what is happening in each location, how many people are affected by a given crisis,” he said.

Abreu joined the UN Office for the Coordination of Humanitarian Affairs (OCHA) in 2017. For many years he worked in humanitarian missions in Kenya and Somalia, two countries that have been experiencing conflicts for decades. He is currently spokesperson for OCHA and coordinator of the communication and information management sector.

“It could be a war, a conflict, but also other disasters, such as cyclones, floods, droughts, all of this is part of our work as well,” he explained.

After two months in Ukraine, he returned to Nairobi, Kenya, where he lives. Or rather, he lived: “I am being transferred from Kenya to another UN post in Ukraine.”

One of the main focuses of his work is to negotiate the access to humanitarian aid and reach the people who need it. His team does not make any negotiations aimed at ending the conflict, only specifically to help the population that is suffering.

“Wars also have laws. International humanitarian law regulates this issue and both parties are obliged to facilitate this access in a safe way. Unfortunately, that doesn’t happen”, explained Abreu.

“The situation in Mariupol is really desperate,” Abreu said. “These are people who have been without electricity for three months. They cannot open the faucet and get water, because there is no treated water. When the war started, the cold was unbearable and people didn’t have gas to heat the place where they were.” 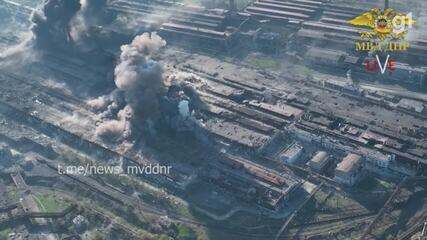 He knows that thousands of people are still there, but he doesn’t know the exact number because the UN doesn’t have access to everywhere.

Some people, Abreu said, were afraid to leave the Azovstal plant: “In the first wave of withdrawals, there were people who did not want to leave. They asked where they would be taken. There was a lot of speculation too.”

Despite not being able to reveal details of the negotiations, Abreu explained that they take place at various hierarchical levels. One of the biggest advances in his opinion was when the UN Secretary General, António Guterres, spoke directly with the presidents of Russia, Vladimir Putin, and Ukraine, Volodymyr Zelensky.

On the front, Saviano Abreu negotiated with Ukrainian ministers and local authorities. He said that many decisions are made at the time of rescue: “We are talking about two countries at war, so not everything that is said will actually happen.”

Smoke above the Azovstal steelworks and the destroyed gates of the Azov shipyard, in footage taken on April 19 — Photo: Mariupol City Council / via AFP Photo

In one of the attempts to gain access to people at the Azovstal plant, he said that it became clear upon entering that one of the accesses was a minefield:

“We got there, one of the colleagues walked, looked from one side to the other and said: ‘but this place is full of mines’. He had to go back in the same step he had taken, back to our position. He had to stop everything, talk again, call the two governments and close this deal that he had to withdraw. All mines were cleared, we waited a whole day, the next day we were able to go back.”

In the interview, Abreu told this case as if it were just another setback in his day-to-day operations: “It’s not such an unusual thing, it’s not that out of the ordinary. We are prepared, we have training to deal with these situations.”

He also talked about the difficulty of getting around in conflict regions and what it’s like to go through Russian army checkpoints:

“A checkpoint is an area full of soldiers with tanks that don’t let anything through, including us, the UN personnel,” he explained. “They have to call Russia and ask if they are aware that we are passing through, if we have authorization”.

He compared the treatment in Ukraine with other countries where he worked with humanitarian aid: “I worked in Somalia for a while, a country that has been in civil war for decades, there has a very well-established humanitarian response”.

But it’s not always so. “In Ethiopia it was a nightmare. It was horrible. There was nothing I could do because the government of the country did not authorize our passage.”

“I thought that when I was 40 I would leave all this for a normal life. But I’m almost there and I don’t think I can stop now,” said Abreu.

The miner turned 39 on May 9, and was in Zaporizhia, Ukraine. His classmates bought a cake, but had to celebrate his birthday inside a bunker. Air raid sirens were blaring that day. “This became routine on my birthdays. I think I’ve gotten used to it already,” he said.

He pointed out that he led a “somewhat normal” life in Ukraine, not having to stay inside bunkers all the time, which a warning system warns of the risks of bombing. But maybe he’s just used to risky situations: “You have to be prepared, I always have a backpack with food.”

Saviano Abreu began his career as a journalist in Brazil:

“I wanted to use the information to help people,” he said.

Afterwards, he went to Spain for a master’s degree and ended up joining an NGO, where he worked for 9 years, until he passed a UN selection process and was allocated to Kenya.

‘I count as little as possible’

The family lives in Brazil and he tries to keep them informed, but telling them as little as possible so they don’t get too worried.

“I try not to tell everything that happens in the places where I am.” He explained that in his previous job in Africa it was easier not to tell what he was doing, but in Ukraine he had no way of hiding it.

“The day I told them I was in Ukraine, I had been there for almost two months. my mother asked: ‘Serious? What are you doing there?’”, said Abreu. 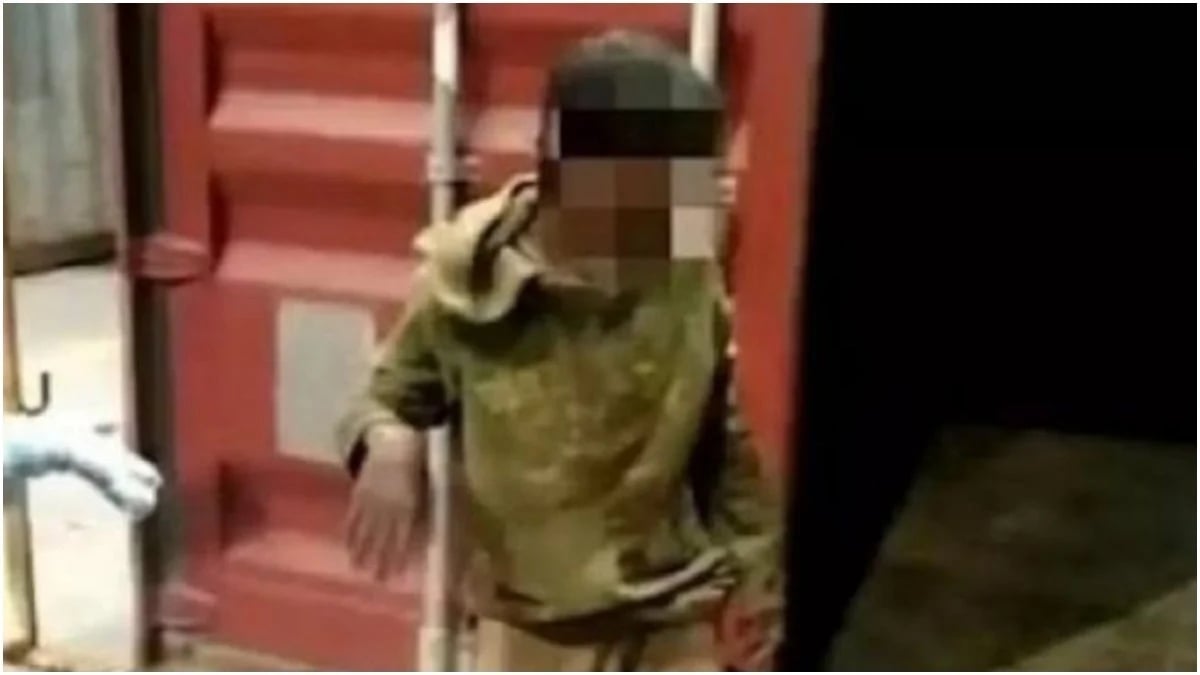 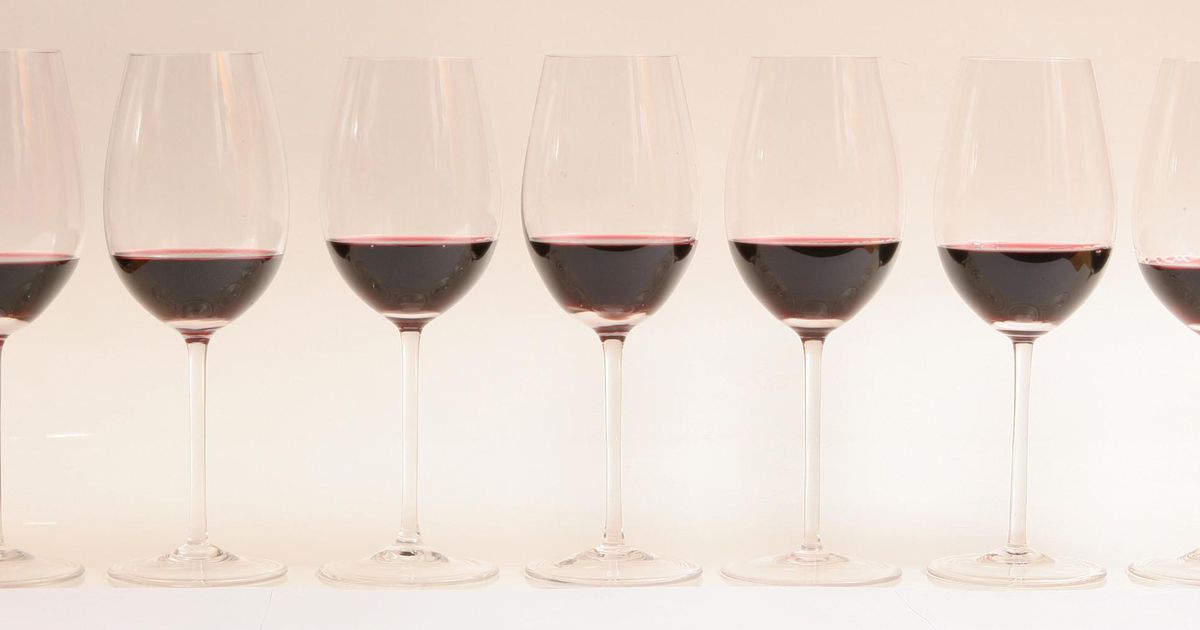