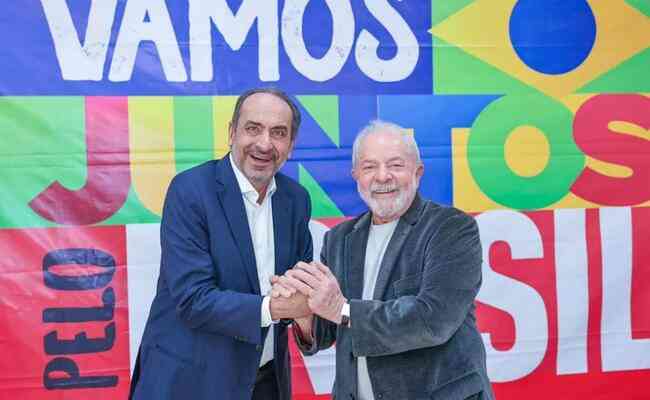 Pre-candidate for the Government of Minas in the 2022 elections in October, Alexandre Kalil (PSD) said that Brazil will have a president from Cruzeirense if Lula (PT) wins the presidential race. Kalil, president of Atlético between 2008 and 2014, joked about the situation and said that the governor will be Atlético if he is successful at the state level.

“I usually say that everyone has a flaw, at last I found a flaw in President Lula. So, unfortunately we are going to have a president from Cruzeiro. I confess, worse, I confess, Corinthians and Cruzeiro. So, God willing, if God blesses us, we will have a president from Cruzeiro, but the governor will be Atletico,” he said at a press conference this Saturday in Governador Valadares, a mining town in the Vale do Rio Doce region.

Lula and Kalil will share a platform in Minas Gerais, with the alliance to be officially launched next Wednesday in Uberlndia, a city in the Tringulo Mineiro region. The PT, who presided over the country between 2003 and 2010 and puts himself as a pre-candidate in 2022, said in May this year that he supports Cruzeiro.

“(Luiz) Dulci is an America fan. Here, I unfortunately didn’t learn to be an Atletico, I became a Cruzeiro fan. But these days I was somehow happy, because I saw little America, a team that systematically attends Serie B, the team that wins once and falls the next, wins one year and falls the next, but I saw the little America beat the giant Atltico Mineiro,” said Lula, also a Corinthians fan, during a visit to the Minas Gerais capital Belo Horizonte.

Read more in the State of Minas: