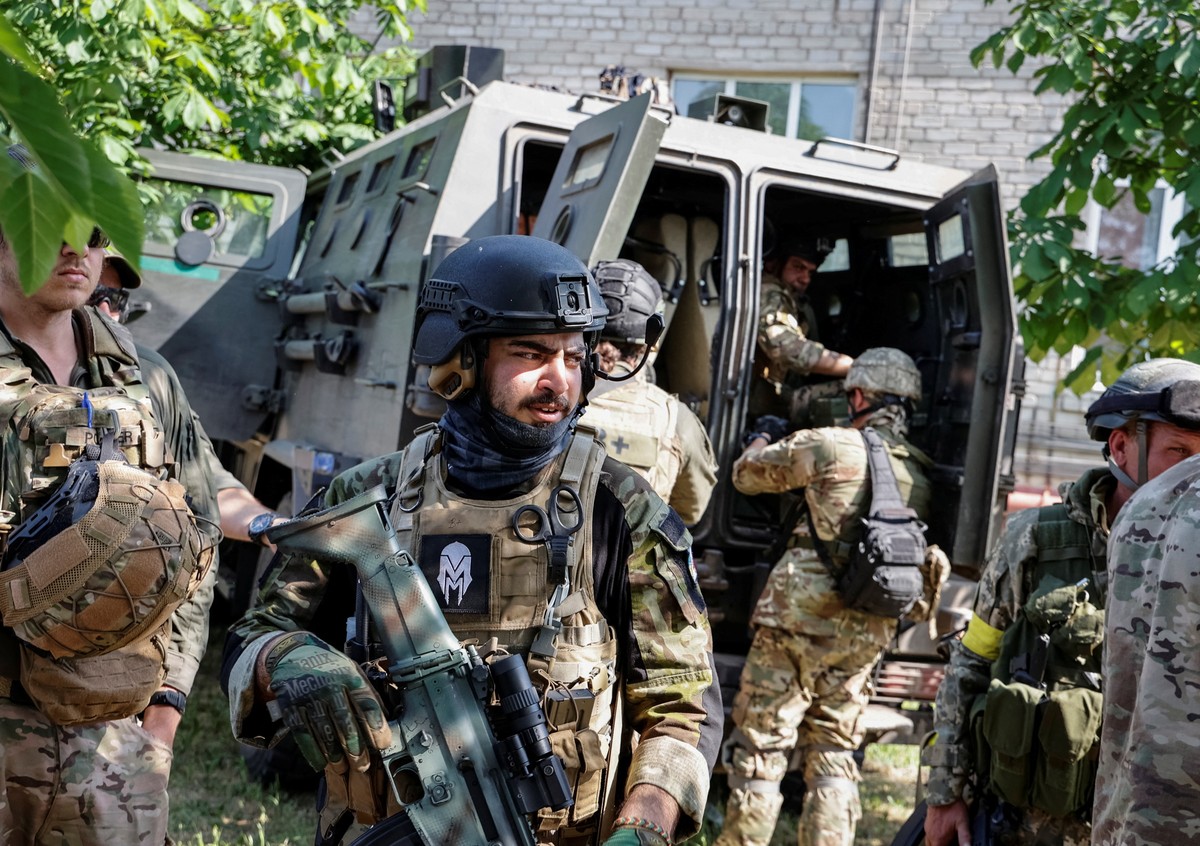 Russian forces blew up a bridge linking the Ukrainian city of Severodonetsk to a city across the river, cutting off a possible escape route for civilians, local officials said on Sunday.

Severodonetsk has become the epicenter of the battle for control of Ukraine’s eastern Donbass region and has seen parts destroyed in some of the bloodiest fighting since the Kremlin launched its invasion on February 24.

The Russian military has taken most of the city, but Ukrainian troops remain in control of an industrial area and a chemical factory where hundreds of civilians are sheltering.

The Russians destroyed a bridge over the Siverskyi Donets River that links Severodonetsk to its sister city Lysychansk, Gaidai said.

This leaves only one of the three bridges still standing and reduces the choice of routes that could be used to evacuate civilians or for Ukrainian troops to move to positions west of the river.

Also this Sunday, Russian forces fired cruise missiles to destroy a large depot containing European and US weapons in the Ternopil regionin western Ukraine, reported the interfax this Sunday, as street fighting raged in the eastern city of Severodonetsk.

The governor of the Ternopil region said a missile attack on the town of Chortkiv, fired from the Black Sea, partially destroyed a military installation, injuring 22 people. A local official said there were no weapons stored there.

The Reuters news agency could not independently confirm the different reports.

Moscow has repeatedly criticized the United States and other nations for supplying Ukraine with weapons. Russian President Vladimir Putin said earlier this month that Russia would strike new targets if the West provided Ukraine with long-range missiles for use in high-precision mobile rocket systems.

In recent days, Ukrainian leaders have renewed calls for Western countries to speed up deliveries of heavy weapons as Russian forces attack the country’s east with artillery.

Severodonetsk became the epicenter of the battle for control of the industrialized Donbas region of eastern Ukraine, made up of Luhansk and Donetsk provinces. Parts of the city have been destroyed in some of the bloodiest fighting since Moscow began its invasion on February 24.

Previous 3 Signs That Prove You’re Very Smart, But Haven’t Realized It Yet
Next Chris Evans “Assaulted” Ryan Gosling With a Gun While Filming New Netflix Movie