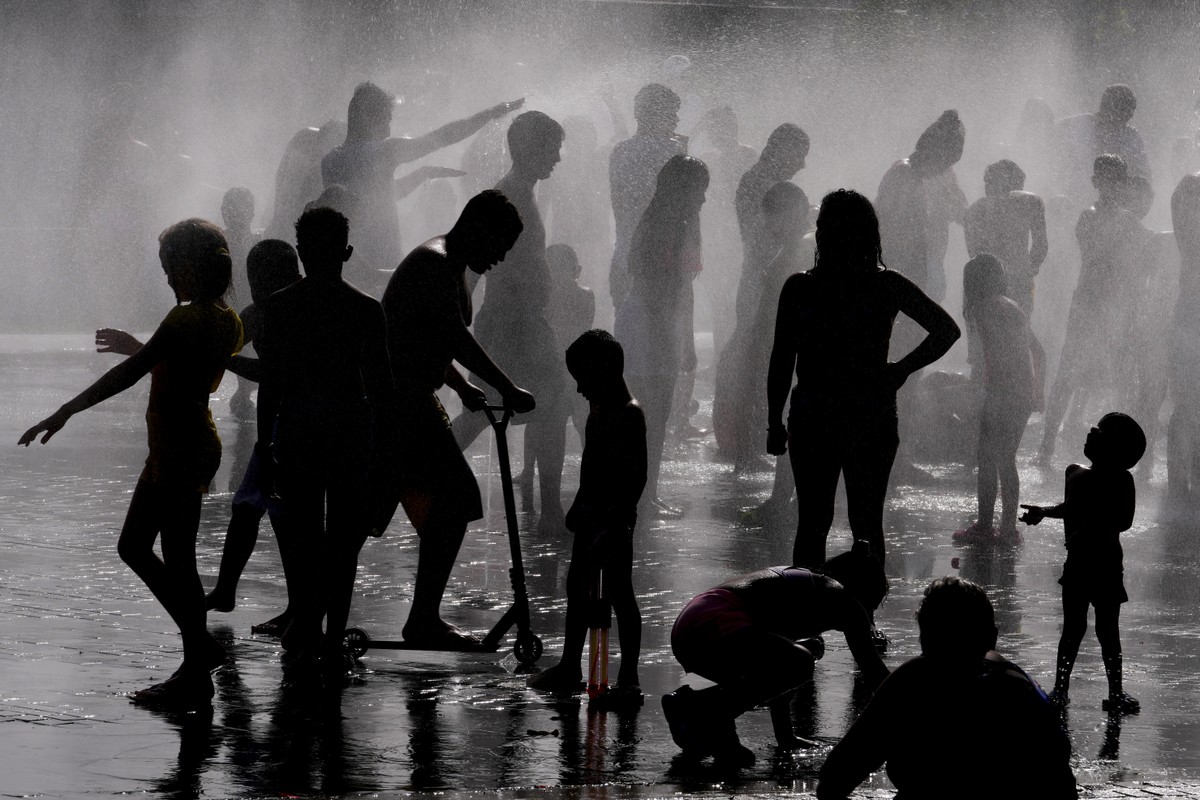 Spain is in one of the hottest pre-summer heat waves in at least 20 years.

In the valley of the river Guadalquivir, in Seville, and in the neighboring city of Córdoba, last Saturday (11), temperatures reached 40ºC, according to information from the country’s national meteorological agency, AEMET.

“We are experiencing unusually high temperatures for June,” said Rubén del Campo, a spokesman for Aemet.

According to the agency, the heat wave in much of the country is the result of a generalized stability that is accompanied by a mass of very hot air coming from North Africa.

This Sunday (12), temperatures reached 43ºC in Andújar and 42ºC in Córdoba and Carmona, cities in the south of the country.

Also according to the AEMT, the heat wave will last until next Thursday (15).

Two women walk with umbrellas in the center of Madrid. — Photo: Paul White/AP

According to AEMT, Spain’s meteorological agency, the heat wave will last until next Thursday (15). — Photo: Paul White/AP