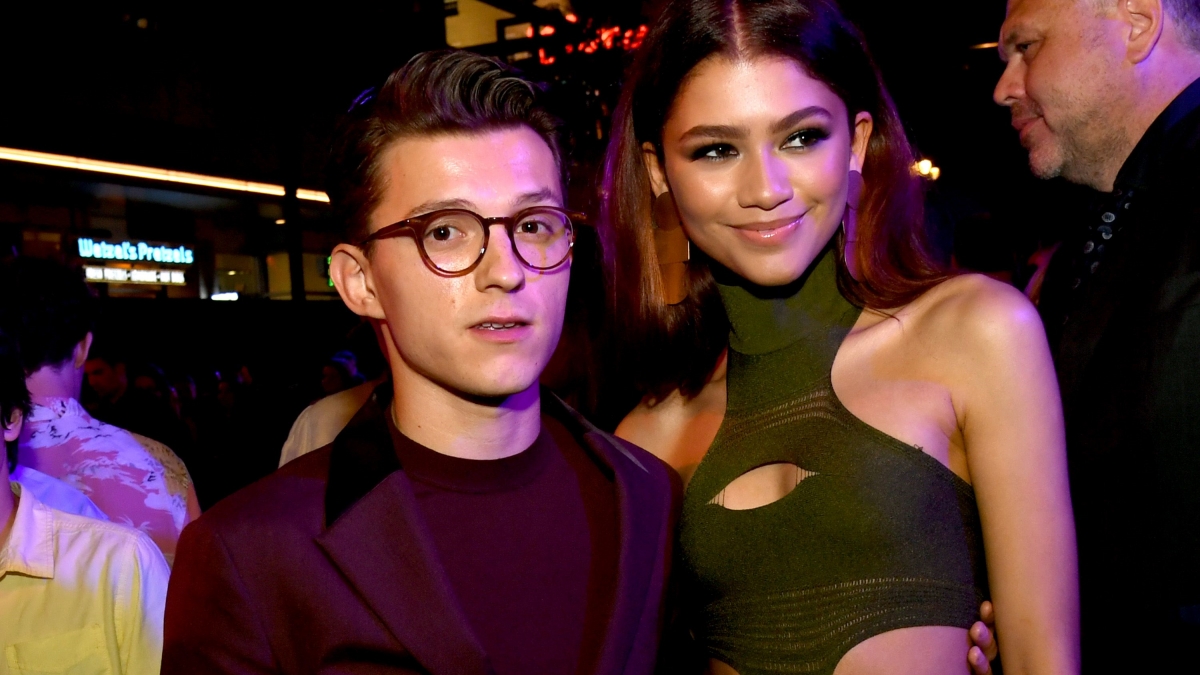 Valentine’s Day: Remember couples who played romantic couples and are still together

Love is in the air, but can it also be behind the scenes? Although most series, movies and soap operas bring actors who limit chemistry only to the screens, some real-life sweethearts found love living romantic couples in fiction.

From Zendaya and Tom Holland to Rita Wilson and Tom Hanks, passing through Adriana Esteves and Vladimir Brichta and Lázaro Ramos and Taís Araújo, many national and international personalities engaged in romances that are still going strong.

To get in the mood for Valentine’s Day, celebrated in Brazil this Sunday, 12, Estadão selected ten couples of actors and actresses who played romantic couples and remain together to this day. Check out:

One of the most beloved couples in the cinematic universe, Zendaya and Tom Holland met during the filming of Spider-Man: Homecoming, in 2017, when the actress began to play Michelle Jones and the actor, the hero of the movie sequel.

The relationship was confirmed in 2021 when the two were spotted making out in Los Angeles. Since the event, they have been discreet in displays of affection.

The Upside Down couple met during the first season of Stranger Things and, six years later, are still together. They play the characters Nancy Wheeler and Jonathan Byers in the series.

According to the North American edition of Elle magazine, which traced a timeline of the relationship, the rumors that Natalia and Charlie were living a romance started in September 2016, when the two began to publish photos of each other on Instagram.

Just over a year later, the actors confirmed their relationship when they were seen walking hand in hand. Today, they often appear at premieres and events and even do Stranger Things interviews together.

The Hollywood couple got married 34 years ago, but have been together since 1985, when they played a romantic partner in the movie Voluntários da Fuzarca.

According to People magazine’s relationship timeline, however, the two met in 1981 while filming the sitcom Bosom Buddies.

Rita and Hanks made their marriage official in April 1988 and had their first child, rapper Chester “Chet” Hanks, in 1990. In 1995, Rita gave birth to the couple’s second child, Truman Theodore Hanks.

Sarah Michelle Gellar and Freddie Prinze Jr became known for having played the couple Fred and Daphne in the live-action Scooby-Doo, in 2002. At the time, however, the two were already together and, even, had even made the marriage official.

The actors met in 1997 while filming I Know What You Did Last Summer and became friends. “We talked about life and stuff like that, and we had different philosophies about almost everything,” Prinze told Us Weekly in a 2020 interview.

It was in January 2000, after an “accidental” dinner alone, that the two began to get involved. “We were supposed to have dinner with a friend of ours, but she didn’t get on the plane. We’ve had a lot of dinners before and for some reason it felt different that night,” the actor said.

Mila Kunis and Ashton Kutcher met when they “returned” to the 1970s. The actors played Jackie and Kelso on the sitcom That 70’s Show in 1998.

According to the American magazine Glamour, Mila was 14 years old at the time and gave her first kiss to Ashton while filming a scene.

The couple only started a romance in 2012, and got married in 2015. The two are very open about their relationship and the actor always posts pictures of the woman on his Instagram profile.

They recently campaigned together to raise $30 million to help victims of the conflict in Ukraine.

Adriana Esteves and Vladimir Brichta met when they played the couple Amelinha and Nélio in the telenovela Coração de Estudante, on TV Globo, in 2002.

However, it was only in 2003, when Lola and Enrico lived in Kubanacan that they started a romance. Adriana is Felipe’s mother and Brichta is Agnes’ father, fruit of other relationships, but the two are Vicente’s parents.

Despite not having met while playing a couple, one of the most remembered couples in Brazilian dramaturgy has a true portfolio of works together.

Lázaro met Taís at Estúdios Globo, while the actress was recording the soap opera Da Cor do Pecado, in 2004. In 2005, they got married and, in 2006, they performed together for the first time in Cobras & Lagartos.

The two have already played couples in the series Mister Brau, 2015, and Amor e Sorte, 2020. Currently, Taís is showing in theaters with the film Medida Provisoria, directed by her husband.

In 2017, the two returned to work together and make a romantic couple in the series Os Dias Eram Assim. They are parents to 4-year-old Otto.

It was only in 2018, when the actress played Clara and the actor played Gael in The Other Side of Paradise, that the two began a romance.

Previous Elderly beheaded in Flamengo was married to ambassador; The couple’s daughter was born in the US
Next Capcom announces changes to the system requirements of Resident Evil 2 for PC